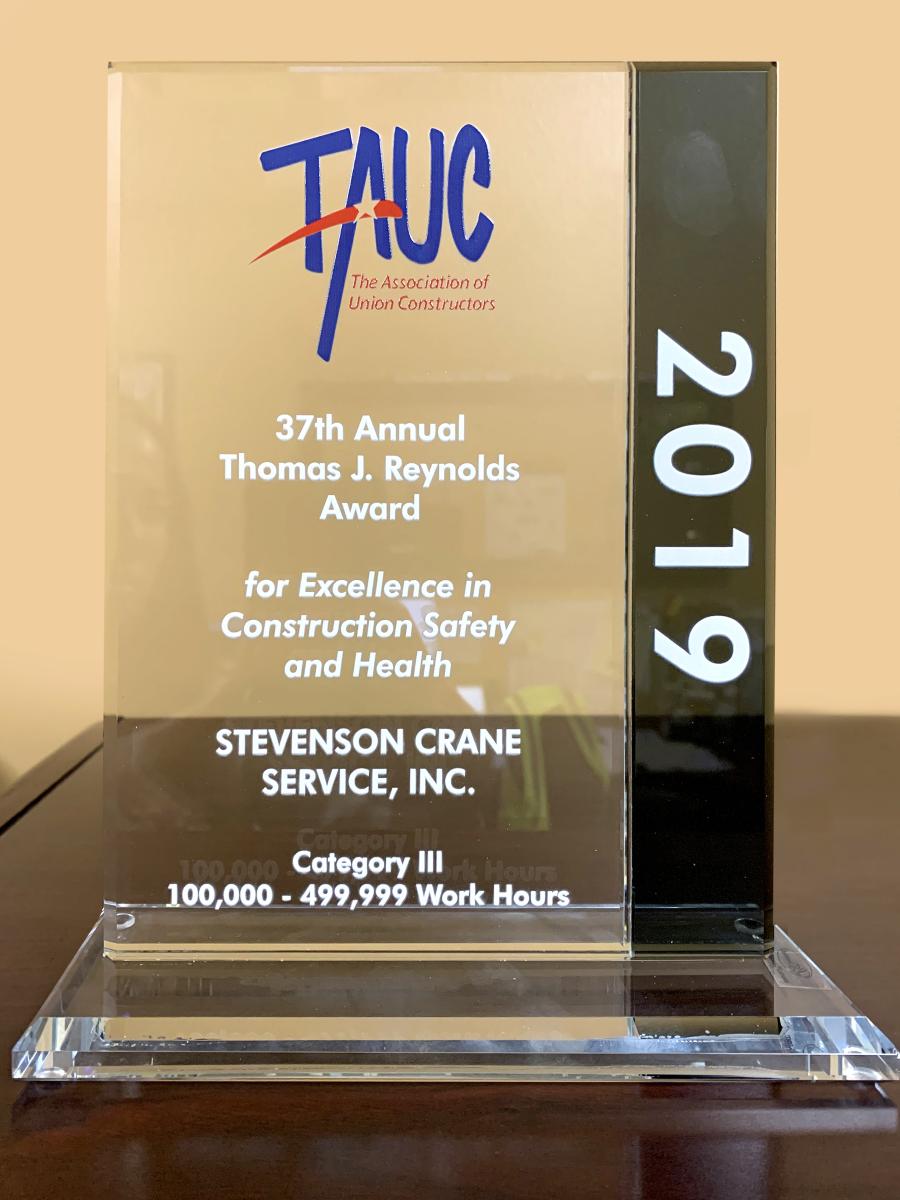 SCS received a Thomas J. Reynolds Award for Excellence in Construction Safety and Health in the third category, which relates to 100,000 to 500,000 hours of work performed to exceptional degrees of safety.

To be eligible for recognition, companies had to perform 25 percent better than national averages for the preceding year in their Days Away, Restricted or Transferred (DART) rate, based on Bureau of Labor Statistics national averages as a benchmark.

All winners achieved a DART Frequency of zero.

"Our people work diligently every single day to avoid accidents and work as safely as possible. Earning an award from a national group like TAUC is an affirmation of everything that we've worked so hard to achieve, and we're very grateful for the recognition," said Ted Larkin, corporate safety director of SCS.

Awards were given based on performances for the 2019 calendar year.

Located in Washington, D.C., The Association of Union Constructors (TAUC) is a national trade association for the union construction industry. TAUC is made up of more than 2,000 contractor companies that utilize union labor for their projects, as well as local contractor associations and vendors in the industrial maintenance and construction fields.