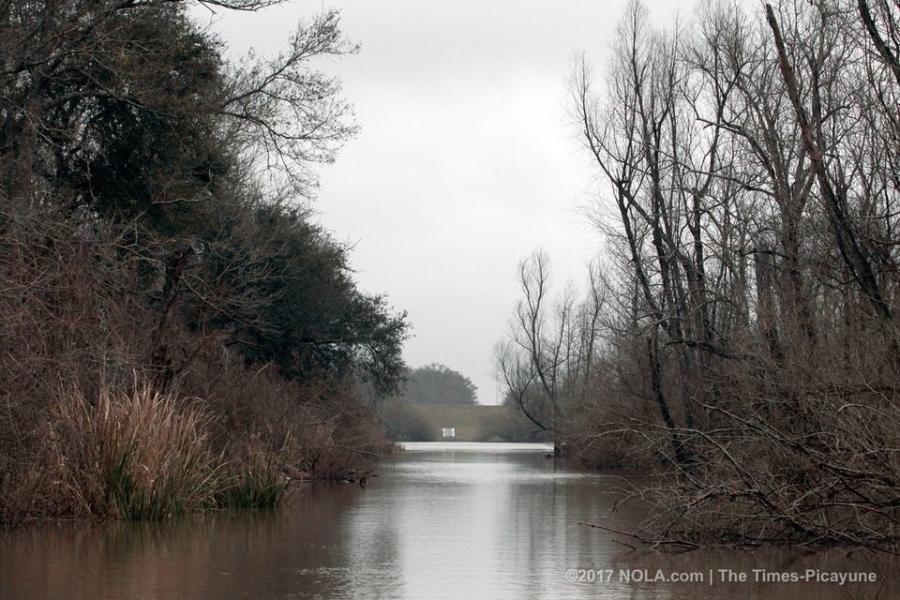 A crude oil pipeline is proposed to cross the Atchafalaya Basin.

NEW ORLEANS (AP) A human rights law firm has sued the Louisiana governor's office and a sheriff's office to get records involving a crude oil pipeline proposed to cross the Atchafalaya (uh-CHAF-uh-LY-uh) Basin.

The suit against St. Charles Parish Sheriff Greg Champagne also asks for records of his office's participation in the response to protests against a North Dakota pipeline.

Both the Dakota Access Pipeline and the proposed 162-mi. Bayou Bridge Pipeline from Lake Charles to St. James Parish are projects of Texas-based Energy Transfer Partners.

The Army Corps of Engineers approved a permit for the Bayou Bridge Pipeline project. The move comes two days after the state Department of Environmental Quality determined the requirements for its water quality certification also had been met.

The suits, filed Dec. 13 by the New York-based Center for Constitutional Rights in state courts in Baton Rouge and Hahnville, said the governor's and sheriff's offices have taken too long and provided too few public records.

The suit against the governor's office and its custodian of records, Matthew Block, was filed on behalf of an environmental activist group called the Louisiana Bucket Brigade.

“With his support for the Bayou Bridge Pipeline, Governor Edwards has failed to uphold his election night promise to protect our health and our environment. This pipeline is proposed by a company with a dangerous track record, and our drinking water, our health and even our crawfish are threatened,' Anne Rolfes, director of Louisiana Bucket Brigade, said in a news release.

“Their allegation that we have not been responsive is unfounded,' she wrote in an email.

Sanders said the group made three requests, and the office is working on the second and third.

In an email, Champagne said he had not seen the lawsuits and could not immediately comment but would do so after reviewing them.

Champagne, then president of the National Sheriffs' Association, traveled to North Dakota in 2016 to observe the law enforcement response to protests against the Dakota Access Pipeline, praising law enforcement afterward and describing the protesters as violent and militant, according to the lawsuit.

It said records produced so far show that, under a law designed for natural disaster assistance, Champagne sent two deputies to North Dakota early this year to help produce a pro-law-enforcement video series. The sheriff's office asked for nearly $36,000 in reimbursement under the Emergency Management Assistance Compact.

“There's not really a whole lot of awareness of the trips that he and employees of the sheriff's office made to North Dakota and what they were doing there,' the center's senior staff attorney, Pamela Spees, said in a telephone interview. “We've gotten some limited records. We think there are more there and it would be very enlightening.'

In a news release, she said, “We saw a dangerous blurring of the lines between law enforcement and private corporations' in North Dakota. “Louisiana residents have a right to know what role local officials played in that situation and how it relates to events playing out closer to home.'

During the interview, she said the center also asked for records of an explosion at a Phillips 66 pipeline station in Paradis, west of New Orleans.

“An explosion ... raged for days ... One person was killed,' she said. “We asked for records and got a Facebook page about a road closure. I think obviously the sheriff would have more records about that.'

Rolfes said decisions by the Corps and the state to move the project forward were “terrible' for Louisiana.

“The project threatens our drinking water, threatens crawfishermen and their way of life and historic African-American communities,' Rolfes said in a telephone interview. “These decisions clearly are not based on what the people of Louisiana want and we will fight tooth and nail against them. The government and the pipeline company are coordinating at every turn and they're ready to put this pipe in the ground and we're ready to put our bodies at risk and stand in their way.'

She said the permit approvals would not affect their lawsuits. “We believe the governor is only talking to one side so we filed suit to see what the conversations have been and we're still wanting that information."