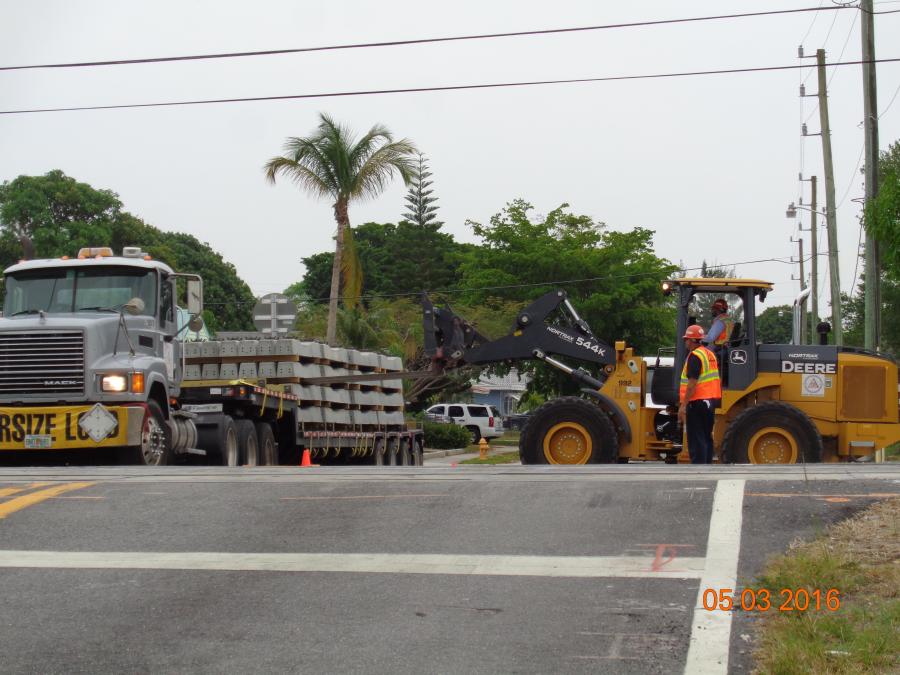 An exciting new transportation project is being built in the Sunshine State that is designed to eventually move passengers to and from Miami and Orlando, one of the most populous and highly visited regions in the country.

All Aboard Florida is currently building the first phase of the Brightline intercity, express passenger train service between the South Florida downtowns of Miami, Fort Lauderdale and West Palm Beach, a distance of about 70 mi. (112 km) along the Atlantic Coast. Three sparkling new train stations are under construction in each of those cities with the line scheduled to open in mid-2017.

The idea behind the passenger train service is to provide residents and tourists with faster travel across the state, while providing them with an alternative to the state's busy and often crowded highway and airport systems. At the same time, Brightline is intent on providing great hospitality and customer service for travelers using its service.

Vehicle travel time between Miami and Orlando is currently about four hours, but the Brightline service will be able to make the trip in about three hours, while also allowing travelers to relax, read or use their electronic devices. Train speeds will be about 79 to 125 miles per hour, similar to other express rail services around the country, according to All Aboard Florida.

Rail Builders on the Job

The route from Miami to Orlando also will utilize 195 mi. (313 km) of existing Florida rail lines along the coast, while adding 40 mi. (64 km) in the interior of the state.

All Aboard Florida is part of Florida East Coast Industries, a parent company that specializes in real estate, transportation and infrastructure. They subcontracted the Miami-to-West Palm Beach segment to Archer Western, which brought in Gonzalez & Sons Equipment, based in Medley, Fla., to upgrade rail crossings, shift the existing rail line and add 60 mi. (96 km) of parallel track.

Right now, Gonzalez & Sons is working around an operating railroad to construct the Miami to West Palm Beach line. The original track was constructed more than 100 years ago by famed Florida industrialist and developer Henry Flagler, a man whose railroad was vital to the founding of Miami and West Palm Beach.

“Most of the track has plenty of room for the excavators to move around on this project, but there are a couple of pinch points where we have to set the ties and back our way out,” said Jonathan Slaton, senior project manager of Gonzalez & Sons. “This railroad was originally built in the 1890s to 1900s, and trains were not as big back then, causing us to now have these pinch points.”

He said his company is not doing any bridge construction, but is putting the ties and rails on the bridges.

Gonzalez & Sons also is working to ready a 10-mi. (16 km) stretch of test track in West Palm Beach as the Brightline trains are set to be delivered by the end of this year. That track is needed so that All Aboard Florida can get a certain number of miles on its engines and cars in order to secure Federal Railroad Administration approval.

Slaton said that All Aboard Florida purchased the concrete ties needed for the work from Rocla Concrete Ties in Delaware. Rocla then built a state-of-the-art plant in Fort Pierce, Fla., to make the ties, before they are transported south to the job site.

Once that is done, Slaton said, Gonzalez & Sons utilizes a Ballast Tools Equipment Concrete Tie Handler and Spacer, also known as the “Tie Dragon,” which is mounted on a John Deere 300G-LC excavator.

BTE's Tie Dragon, model BTE-302918-HF, is designed to efficiently unload and place up to seven ties with only one operator. It grabs ties stacked beside each other and spaces them out to 14 ft. (4.2 m) on center, while making tie-handling fast, safe and efficient.

“It eliminates a lot of double-handling, as well as manpower that could be directly in harm's way from such heavy ties,” he said. “The Tie Dragon can also handle either wood or concrete ties up to eight feet six inches long.”

The BTE Tie Dragon employs tough, urethane gripper pads that securely hold the ties without chipping or cracking. Its collapsible frame allows for unloading ties near bulkheads on train cars. Finally, its trademarked Rototilt heads give an operator a full 360 degrees of rotation and 40 degrees of tilt each side.

Slaton described the Tie Dragon as being so efficient that, although they have two machines on site, they are using only one in the available space in which they work. In any given week, he said, his company is laying about three miles of track.

It only took about a week for his people to get trained to operate the Tie Dragon from the Deere excavator.

Precise Work in a Busy Area

Gonzalez & Sons is using post-tensioned ties that are unique to the Brightline project, although the size and shape of each are standard to the industry.

Once another subcontractor cuts a grade for the rail line, Slaton and his crews then place the ties on that grade.

“We'll clip up the rails to the ties and then a work train will come in and dump the ballast. Once the ballast is placed a Harsco Mark VI Tamper is used to push the ballast in and to raise the track to its final elevation,” he said.

Gonzalez & Sons is doing all this work from crossing to crossing, well aware that, at all times, they are doing so around an operating railroad and vehicle roads.

“We'll get a crossing in with the rails running roughly 20 feet on either end,” Slaton said. “We get both crossings done, put down the concrete ties, then thread the rails and then we look at putting in a temporary turn-out on the main track and onto that siding we just build and dump the ballast. To put it simply, we attempt to minimize any effect to mainline train traffic.”

Gonzalez & Sons also is using a Pettibone Speed Swing, a versatile rail crane that sets the rails on the Brightline project.

Gonzalez & Sons, as well as Slaton, are all veterans of the type of work being done for All Aboard Florida. However, the venture does require innovative solutions, Slaton said.

“None of this is new to us, but with this particular project, there is an increased level of coordination required, chiefly because we run through 21 different cities which have 21 sets of building guidelines, and then working around an operating railroad in such a manner that we do not impact their operation,” he said. “Train schedules vary, but typically every two hours we will have a train come through.”

Eventually work will move further north to improve the Florida East Coast Railway corridor all the way to Cocoa, before building a new line from there to Central Florida.