Take a Look at the Panama Canal's Newly Expanded Locks 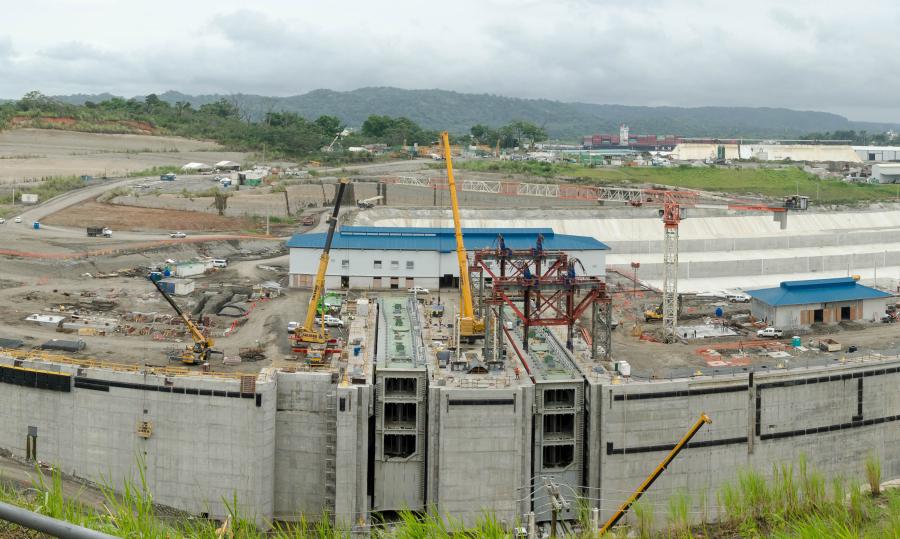 Image courtesy of Keith Yahl. The expansion includes two new sets of lock complexes, one on the Pacific coast on the outskirts of Panama City and one on the northern coast at the city of Colon.

PANAMA CITY (AP) A look at the Panama Canal and its newly expanded locks, which has its formal launch June 26.

Inaugurated on Aug. 15, 1914, the Panama Canal was constructed by the United States between 1904 and 1913 at a cost of $375 million, building on an earlier, French-led effort that fizzled out. An estimated 20,000 workers died during French control of the project, many due to tropical diseases such as malaria, and 5,600 more perished during U.S. construction. The canal revolutionized global sea traffic by short-cutting long voyages around Cape Horn at the tip of South of America.

The canal was under U.S. control until a 1977 agreement between Presidents Jimmy Carter and Omar Torrijos paved the way for its transfer to Panama on Dec. 31, 1999.

Canal authorities say it has generated $10 billion in direct income for the Panamanian state between 1999 and 2015. Along with related economic activity, the canal is responsible for about 40 percent of the country's GDP. An average of 35 to 40 vessels transit the waterway each day, and the canal is estimated to handle some 6 percent of world maritime commerce.

The $5.25 billion project was initially scheduled for completion in October 2014, roughly coinciding with the canal's 100-year anniversary. However it has been delayed due to factors including slow approvals for concrete to use in the locks, labor strikes and some leaks that were detected late last year.

New Panamaxes are 1,200 ft. (365.7 m) long — more than three football fields, and nearly equivalent to the height of the Empire State Building. They are capable of carrying 13,000 to 14,000 cargo containers, about 2.5 to 3 times as many as those that currently can use the locks.