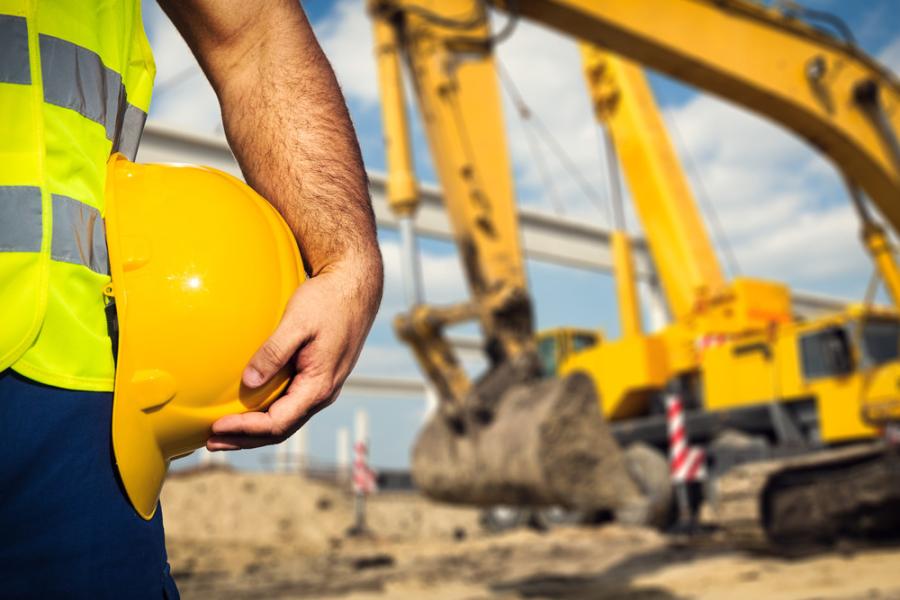 The impact of tax reform on the economy in general and the construction and heavy equipment industries in particular seems generally positive.

The economy will boom — or only the rich will get richer! These were the competing political views as U.S. lawmakers sat down last year and thrashed out an overhaul of U.S. tax policy. In January, a new set of tax laws was on the books. Half a year later, while the political back and forth continues, the impact of tax reform on the economy in general and the construction and heavy equipment industries in particular seems generally positive.

“To be sure, we will never know conclusively about the role of tax changes on the economy,” J.D. Foster said in May.

The senior vice president and chief economist of the U.S. Chamber of Commerce conceded that different perspectives on tax law will persist.

“Whether the economy slides into recession or goes on a 10-year run of historic growth, neither tax reform's opponents nor defenders will be able to prove beyond a doubt whether tax reform made a difference,” said Foster.

Nevertheless, he said signs of positive impact were popping up like springtime greenery. They included contractors and companies who immediately provided bonuses to employees on sheer anticipation of increased revenues. CEOs who began to augment their heavy equipment fleets to take advantage of new depreciation schedules. Money banked overseas being voluntarily repatriated in response to more favorable corporate tax rates.

Associated Equipment Manufacturers and Equipment Dealers Association conducted a survey of members, again in May, for insight about the tax law's impact. The consensus of dealers and manufacturers was that the lower corporate tax rate and quicker equipment depreciation schedules were driving up demand for their products.

“We always believed that tax reform would lead to additional investment in construction and mining equipment, and that belief has been confirmed,” said Trey Googe, president and chief operating officer of Yancey Bros., the Georgia company that bills itself as the nation's oldest Caterpillar dealer.

Yancey was one of the companies giving employees a bonus ($500) shortly after passage of the Tax Cuts and Jobs Act.

“Although it will take some time for all of the benefits of the tax reform law to fully materialize, there is no doubt that it has positive impacted business confidence and driven economic growth,” said Googe.

In Millersville, Md., Reliable Contracting Co. President Jay Baldwin believes the new tax structure “is going to be of great value. One hundred percent depreciation on equipment in year one, things like that make a lot of difference.”

In Baldwin's case, he and his executives so far this year have authorized spending more than $5 million on heavy equipment, including 10 dump trucks, a backhoe, a dozer and a loader.

It's almost too much of a good thing. Baldwin said the company is prepared to invest even more in equipment, but is having trouble finding it.

“We can't get the equipment. Manufacturers can't make them as fast as we want them,” he said.

Reliable Contracting is a $100 million-a-year company still recovering from the collapse of the construction economy 10 years ago.

“It cut our company in half, from $100 million to $50 million,” said Baldwin, who is Mid-Atlantic Region vice-chairman on the Associated Builders and Contractors board of directors. “We lost a lot of good employees.”

Economist Alex Carrick would agree with Baldwin's assessment about the economy improving even before tax reform entered the picture. Carrick is chief economist at ConstructConnect, a consortium of construction industry data and information services.

“I would say the economy was rebounding anyway. The momentum was there,” Carrick said.

“Before this administration,” he said, “I was telling audiences that the economy was in much better shape than they thought it was. Things were getting better and better but no one wanted to believe it. What has happened with the new administration is that it altered the way business was thinking. There was a reset in corporate thinking. Two things that businesses wanted — more favorable corporate tax rates and deregulation — came about and business leaders really embraced them.”

“The law created incentives for business to invest and gave business owners additional confidence that the economic outlook would remain favorable in the near term.” In the longer term, too, he added. “The biggest driver for increased equipment sales is more customers with more jobs where they can profitably deploy the equipment. Caterpillar equipment is an investment, and our customers expand their fleet when they have visibility on their ability to profitably deploy that fleet. Growing your fleet isn't a short-term strategy.”

The economy isn't gangbusters for every segment of the construction industry, though. Residential construction, for example, still lags. Carrick was asked if the tax law provisions created disparate outcomes for different sectors or if the law lessened the differences.

“That's hard to say. It has not been determined at this point. Residential construction is still lower than you would expect it to be.”

Commercial building also has been relatively soft, Carrick observed, with nonresidential construction starts down from a year ago. The greater activity has been in the industrial and engineering sectors — specifically, the petrochemical industry, with plants going up in Pennsylvania, Louisiana and Texas.

“And that relates to deregulation more than to the tax cut. Energy sector prices are going up, deregulation has allowed more drilling, and the industry is a lot more optimistic. So, construction starts on the commercial side have not been due to the tax cuts but to other things,” said Carrick.

Reliable Contracting projected a 15 percent jump in project revenue in 2018. Baldwin said it won't reach that level of new business, though it is experiencing a sizeable increase. The weather is to blame.

“We had so much rain around here, early on we lost half of our worktime because of rain days,” he said.

If the construction economy is underachieving so far, Carrick believes one factor is the adoption of new technologies.

“If you are an owner of a company contemplating expansion of your business, you have so many alternatives. In the old days, retailers would build their chain by expanding into a shopping mall or by building a new store,” he said.

Now, electronic expansion is a possibility.

In non-retailing situations, the same impact is being felt, he said, “Something as prosaic as prisons. They put bracelets on people now and you don't need all those prisons. Office businesses are working at home. Emergency departments in hospitals are being replaced by doctors monitoring their patients wirelessly. It's a different world. So, creating this tax cut in the expectation that it would launch a whole bunch of construction, well, it's not entirely clear it is going to have that effect.”

Some parts of the industry are indisputably creating jobs as a consequence of the tax law. Carrick cites companies that lease equipment.

“Jobs in that sector have been skyrocketing. Rental of machinery and equipment is one of the real standouts in respect to levels of employment. It's a very positive indicator,” he said.

Where everyone keeps looking for a breakout in construction activity is infrastructure — bridges and highways and other earth-moving projects. President Trump has asked Congress for $200 billion as part of a $1.5 trillion funding program for major infrastructure projects. So far, Congress can't find it. In 2009, President Obama got a $100 billion “stimulus package” through Congress, only a small part of which targeted “shovel ready” projects, many of which didn't prove to be ready for shovels.

Googe was asked if this administration's tax reform initiative will fare better than the earlier one to kickstart infrastructure projects.

“It's apples and oranges,” he said. “The tax reform law is a much broader and more significant driver of economic growth than was the stimulus package, particularly when coupled with the administration's work to improve the regulatory environment. Long term, our country is still underinvesting in critical infrastructure. We believe our long-term competitiveness requires addressing this. We're hopeful we will see a bipartisan effort on this front next year.”

“I'm a very big proponent of that. I don't know how you get the kind of economy you need if you don't build the infrastructure. All model economies are about moving goods and services and people faster, cheaper, safer and greener. If you don't have the infrastructure to do that, you are not going to keep up.”

He includes schools and hospitals in the critical infrastructure base.

“It isn't just altruistic. From a business perspective, you have to have the smartest and healthiest people. Governments have to decide if they really want to spend money on that. There have to be ways found to invest in our infrastructure,” he said.

So, construction executives like Jay Baldwin are hopeful that 2018 will be a good year, even if he can't get all the new machinery he needs, nor find the 50 employees he would hire tomorrow if he could. Backlogs of work have him looking optimistically to the rest of 2018 and beyond, particularly if Mother Nature begins to cooperate.

Yet how much of this good fortune is attributable to the new tax code, Baldwin isn't sure. “Everything in general is positive. How you connect it all to the tax changes, I don't know how to define that. We are finishing up year-end stuff with our accountant. We're going to look back and see how we would have done without the tax change and how we did with the tax change and compare the two. It should be interesting,” he said.