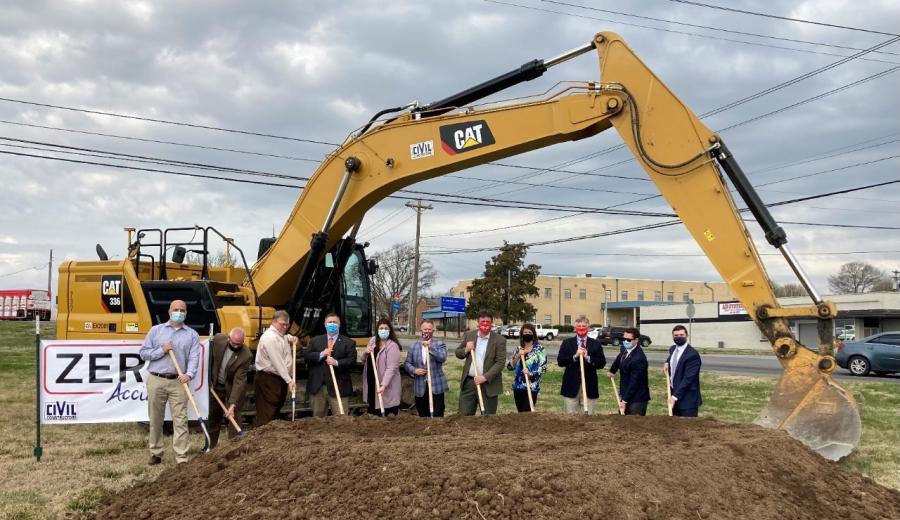 Bright was joined by other state and local officials at the Rutherford County site, southeast of Nashville, where construction got under way on the expansion of Jefferson Pike (Tennessee State Road 266).

The $61 million project will widen 3.9 mi. of the existing two-lane roadway to four travel lanes from Nissan Drive (TN 102) to Interstate 840. There also will be an additional center turn lane at those intersections.

"We are happy to get this important widening project under way," Bright said. "Smyrna and the Rutherford County area are growing rapidly. This project will help support that growth and make safety improvements to the corridor."

The new roadway construction consists of two segments — an urban minor arterial within the town of Smyrna and a rural major collector in Rutherford County. The east-west corridor provides direct access to Smyrna and I-840, as well as commercial, residential and recreational areas.

Segment 1 extends from Nissan Drive to east of the Stones River Bridge. This urban portion of Jefferson Pike/TN 266 will consist of four travel lanes (two in each direction), largely separated by a raised 14-ft. concrete median that becomes a left turn lane at intersecting roads. It will include 5-ft. bike lanes and 6-ft. sidewalks on each side. A new bridge also will be constructed over the Stones River.

The second, more rural segment extends from east of the bridge to just east of I-840. It is designed to also have four travel lanes and be separated by a 14-ft. concrete median that becomes a left turn lane at its intersections as well as 12-ft. shoulders on each side of the road. In addition, the bridge over I-840 will be widened to include four travel lanes (two in each direction) with an 18-ft. center turn lane and 12-ft. shoulder space.

As part of the enterprise, crews will make signal modifications at the intersection of Jefferson Pike and Nissan Drive at the west end of the project and new traffic signals at Hickory Grove Road and the I-840 eastbound/westbound access ramps in the east.

The Jefferson Pike/TN 266 project has an estimated completion date of August 2024.