TDOT's Largest Project in History Under Way: I- 65 Nashville to Kentucky State Line 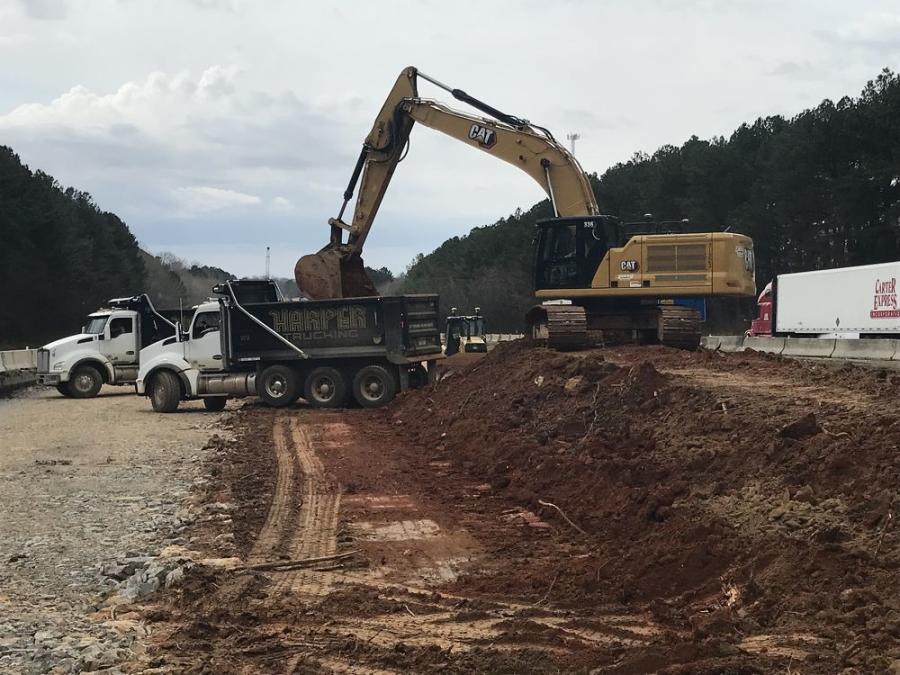 A large part of the project is bridge work, either new or widened, and Jones Bros. has at least five bridge crews on the project. (TDOT photo)

High traffic volumes, peak hour congestion and resulting delays and crashes have resulted in Tennessee Department of Transportation's (TDOT) efforts to widen Interstate 65 from Nashville to the Kentucky state line, covering Davidson, Robertson and Sumner counties. The almost 26-mi. stretch has been separated into five smaller sections of work: from Rivergate Parkway to near SR 41 (U.S. 31W), from near SR 41 (U.S. 31W) to near SR 257 (Bethel Road), from SR 257 (Bethel Road) to SR 25 (Main Street), where there is engineering under way for all three sections; from near SR 25 (Main Street) to near SR 109, where construction is currently ongoing; and from SR 109 to the Kentucky state line, which is completed. 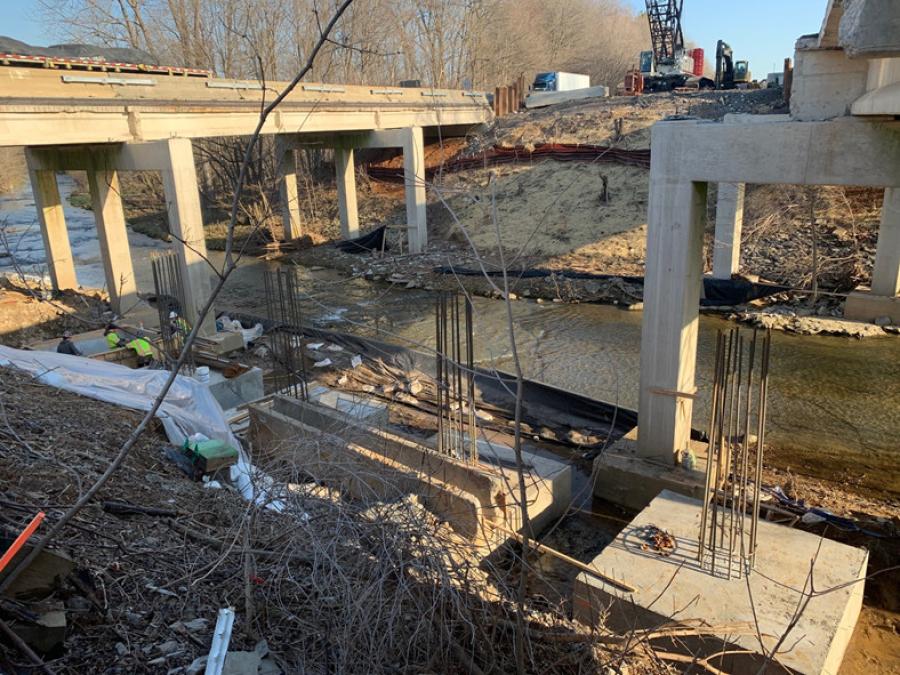 I-65 is a major cross-country north-south corridor, extending from the Gulf of Mexico to the Great Lakes. Locally, it is a connection between Nashville and Louisville, serving the smaller cities of Goodlettsville, Millersville, White House and Portland, as well as Hendersonville and Gallatin (via SR 386 / Vietnam Veterans Parkway) in Tennessee. The 10-mi. stretch from SR 25 to SR 109 in Robertson County was awarded to Jones Bros. LLC. in August 2021 for the lowest contract bid received.

At $160 million, the contract is the largest awarded in TDOT history, beating only the I-440 reconstruction project, which cost $152 million. Funding for this project — slated to be completed in April 2025 — is through the National Highway Performance Program, which is 80 percent federal funds and 20 percent state funds.

When the project is completed, the roadway will have increased from four to six lanes with three 12-ft. travel lanes in each direction; 12-ft. paved outside shoulders; 12-ft. paved inside shoulders with approximately 300 ft. of right-of-way; and a concrete median barrier wall where required. Two northbound truck climbing lanes will be constructed and an auxiliary lane will also be added in each direction between the interchanges of Rivergate Parkway (Exit 96) and SR 174 (Long Hollow Pike, Exit 97) to accommodate traffic exiting and entering the roadway.

"This 10-mile piece is just one piece of a puzzle that is critical to improving not only safety, but also the regional connectivity in this area. Nashville is exploding, but that means that all the surrounding areas are having to accommodate for that. You've got locations and counties and smaller cities that surround Nashville that are booming and trying to keep up with the many people that are moving in just because they can't afford national prices or because everything is growing so quickly. When you talk about supporting that growth, this kind of infrastructure is crucial to make sure that people have the roads to get to and from and not necessarily sit in traffic for hours," she said.

On the work completed thus far, Hammonds shared that on the south end of the project, Jones Bros. has excavated the median and graded solid rock is being installed. The contractor is working to install the storm drainage and base stone. The same goes for the north end except that no base stone has been laid yet.

A large part of the project is bridge work, either new or widened, and Jones Bros. has at least five bridge crews on the project. They're currently working on bridges one through five of 10 bridges total that require replacement, completing some temporary shoring and existing asphalt roof removal.

This project also will include replacing four overpasses, adding 17 retaining walls; converting the northbound weigh station into truck parking; and installing Intelligent Transportation System (ITS) facilities through the whole corridor.

"Interstate 65 is the major corridor for all northbound traffic entering and exiting not only middle Tennessee, but in many ways the mid-south as a whole region of the United States. The widening of Interstate 65 will have a major positive economic impact for Tennessee and the surrounding area and should promote even more economic growth. This project will allow easier access for interstate commerce as well as improve the life for daily commuters," said Derek Pryor, project supervisor. =

As with all TDOT projects, efforts are to limit traffic impacts so much of the construction is accomplished during overnight hours.

"We've had some serious pothole issues in our area and this particular stretch of roadway where this project is had significant deterioration in the asphalt," said Hammonds. "We had to take a couple of weeks where the contractor took time to repave the whole stretch of the project. When we had to do the repaving, that did have significant impacts. We were down to one lane in both directions but that was part of the decision to make sure drivers stay safe."

State Route 31 parallels the interstate for a few miles and served as an alternate route for traffic because of its proximity. Other challenges have included pandemic-related issues. 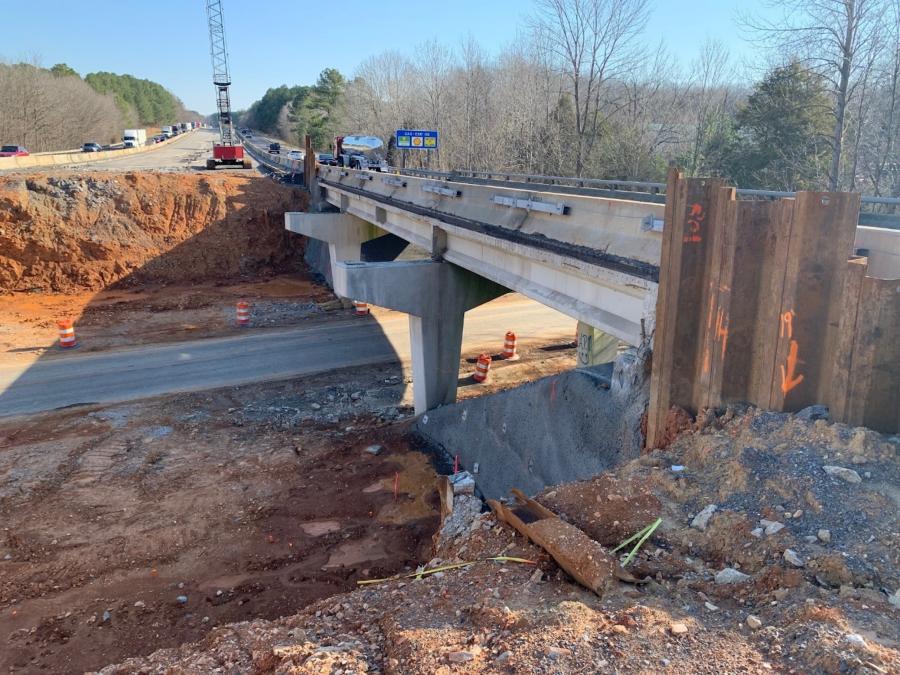 "As a department, we have seen impacts from material and equipment shortages. We'll call some companies or contractors, and they'll say they can't get this piece of equipment to do this work for the next two or three months," said Hammonds. "We have been operating under the idea that yes, we're likely going to run into some, if not shortages, it'll be shipping delays, guaranteed. We, like many industries, are feeling the impacts of materials shortages. For example, we don't need chain link fencing yet, but we're making sure to go ahead and place necessary orders so that we have enough when the time comes."

"The greatest issue with a project of this scale is staffing. The challenge is to ensure that enough staff is dedicated to the project. A project of this scale with the prime contractor and subcontractors working as many different crews as they are, requires a larger staff than most normal size projects to ensure proper inspection. The overall length of the project does present some traffic control challenges. The traveling public is moving through a 9.5-mile work zone instead of a more normal 4-to-5-mile work zone. This creates more opportunities for accidents, slow-downs and interaction between the traveling public and construction work," said Pryor.

Except for winter weather spells though, Hammonds doesn't anticipate any additional challenges as the project carries on as scheduled toward its 2025 deadline. CEG