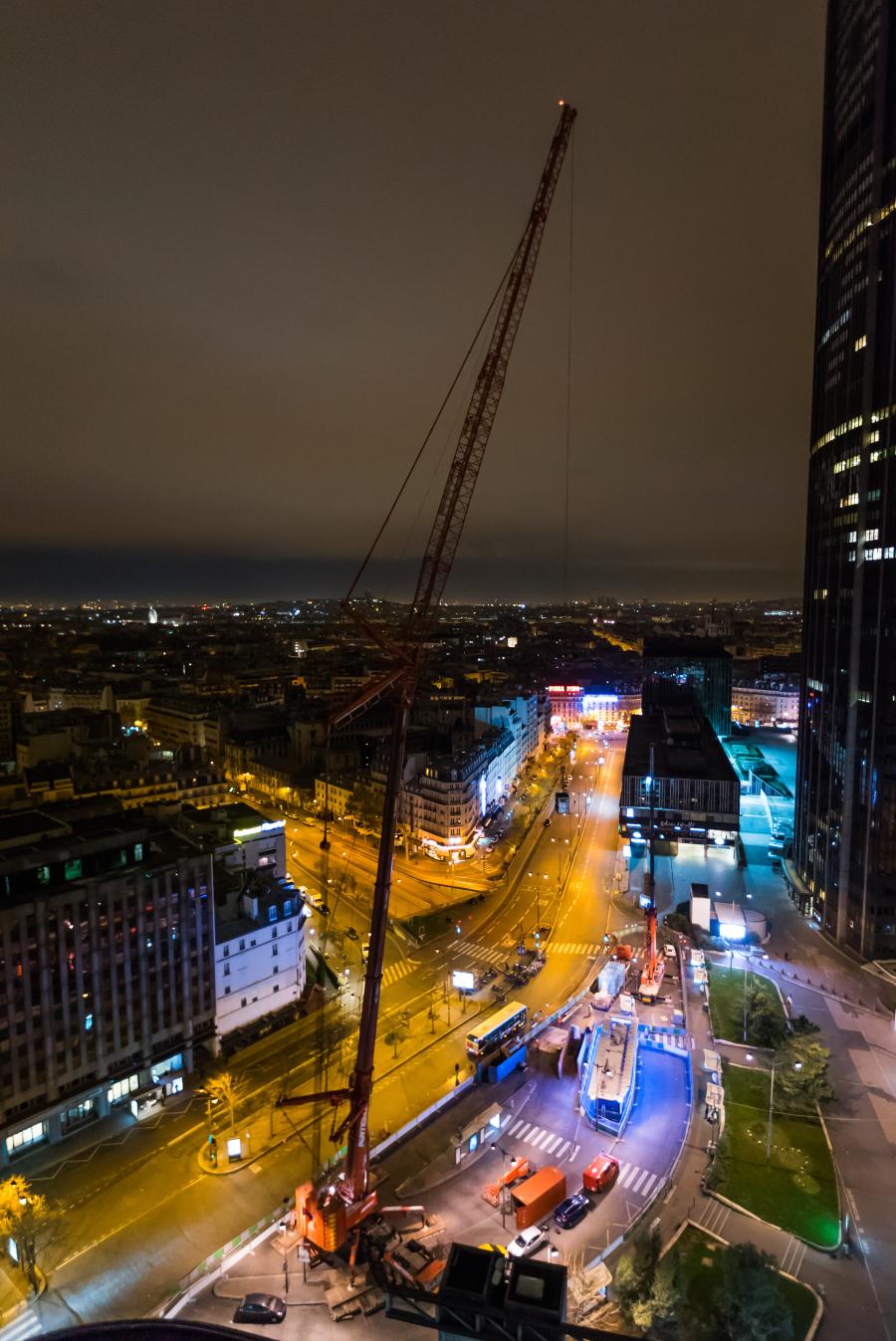 In order to lift a blower weighing approximately 2.2 tons onto the roof of the Montparnasse Station in Paris for its customer Axima, crane service provider Ponticelli Frères had to face a whole series of challenges: Little space, the need to navigate a tricky traffic situation in the metropolis, and an incredibly small window of time to complete the lift. The company decided that its Terex AC 500-2 crane was the best choice to tackle all these challenges. 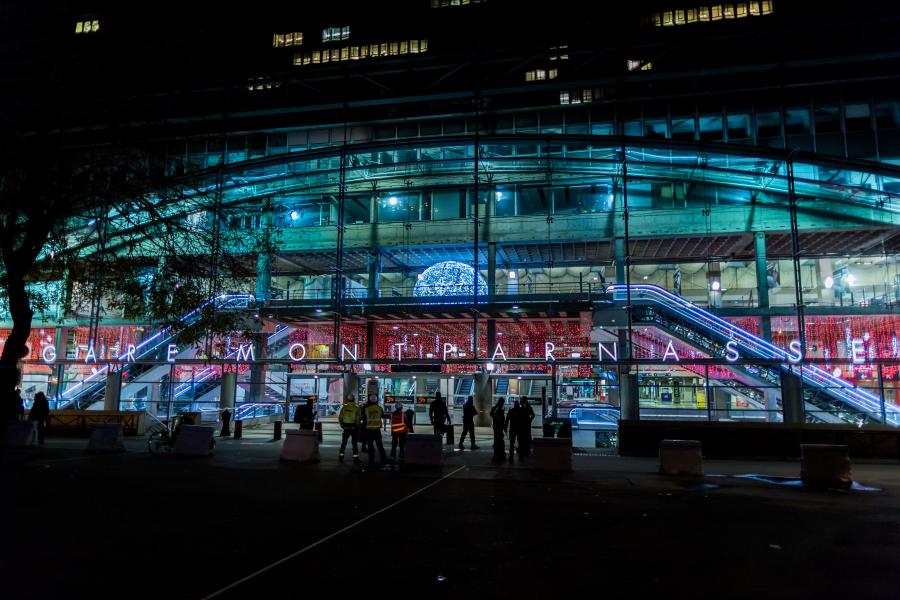 Even before the lift, the company had to overcome a whole series of bureaucratic obstacles.

"We had lots of discussions with SNCF, Paris public transportation operator RATP, the responsible department of motor vehicles, and the city council in order to agree on the best way to get the crane to the work site and operate it there," said Louis-Arthur de Quatrebarbes, Ponticelli project manager of the "Assembly and Lifts" Unit.

Not surprising, as the undertaking was enormously complex. For example, bus lanes and pedestrian walkways around the work site had to be rerouted temporarily. In addition, the tight space conditions at the site made it necessary to precisely organize everything down to the very last detail and prepare an elaborate site map for all components and loads.

Just getting the crane to the work site at the back of the Montparnasse Station took meticulous planning as well: "We drove the AC 500-2 from our branch office in Vitry-sur-Seine, south of Paris, to the Montparnasse site within an hour on Sunday night. To save time, we used two teams with seven assembly technicians in order to set up the crane. A total of 12 trucks were required in order to transport all attachments and crane accessories, as well as the required 180-tonne counterweight," de Quatrebarbes said. 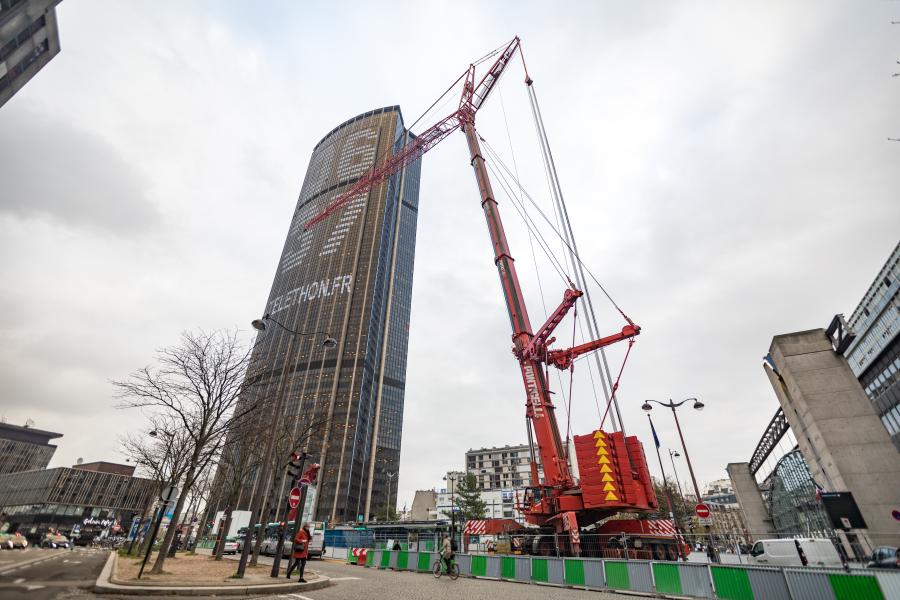 "To achieve this, we set it up with a WIHI-SSL configuration with a luffing fly jib and with the full counterweight," said Jeoffray Lefort, crane operator, who specializes on "large crane heavy-load lifts" with the AC 500 and AC 700 cranes at Ponticelli.

Working at the Limits

In order to get the crane ready for the lift, the two assembly teams required the help of a 121 ton assist crane and two days, including a night shift. The fact that the AC 500-2 was set up so quickly had plenty to do with its ease of assembly, but also with the proven expertise of the Ponticelli team. For the actual lifts, the team was beefed up to have a total of 12 employees. For the constrained space conditions, Ponticelli wanted to use a 551 ton crane. In order to use the maximum crane capacity, the smallest hook block possible was chosen.

Accordingly, the Ponticelli team made sure to check with Terex Cranes whether it would be technically possible to forego the use of the standard hook with three-part reeving for the lift and instead use a smaller hook with two-part reeving.

"Once we got the green light from Terex Cranes, there was nothing in the way of using the AC 500-2, and we were able to forego using a bigger crane," said de Quatrebarbes.

This made it possible to successfully complete the job as scheduled, and after a mere week, this extraordinary project in Paris was completed.

After being founded in 1921, Ponticelli Frères started with the erection and maintenance of industrial chimneys. The family-owned company quickly gained a reputation as a specialist company that could take care of tough projects, especially in the area of assembly and crane work.

The technical developments and innovative materials used by the company enabled it to continuously expand into new fields, with machine building and pipeline construction being just two examples. As a result, the company evolved into a leading provider in the plant engineering sector and developed a particularly strong rapport with the oil, petrochemical and energy industries.

Today, the Ponticelli family continues to own 80 percent of the company, ensuring that Ponticelli Frères continues to be an independent company with a consistent shareholder group that ensures that the company stays true to its fundamental values.