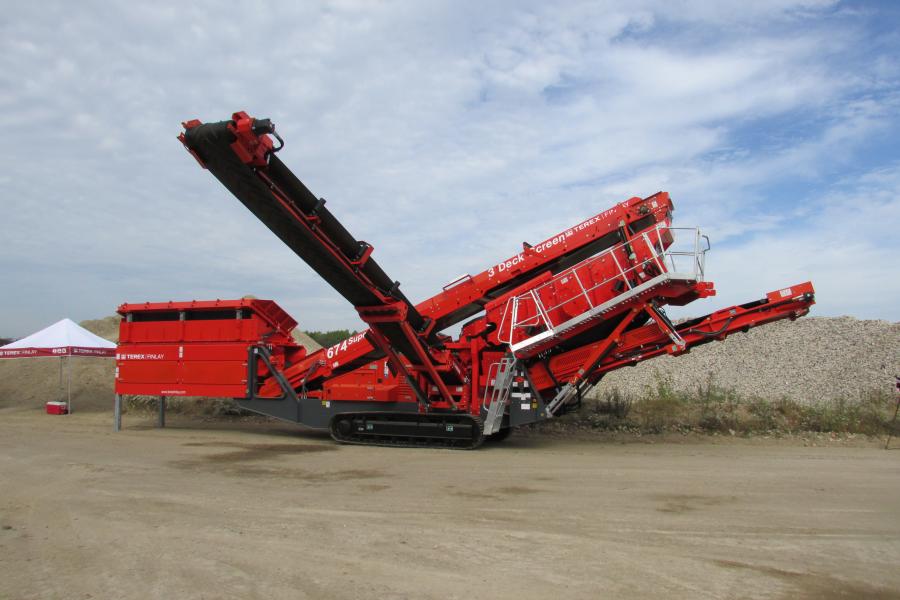 Contractors and distributors from across the United States attended the two-day event, which included presentations by Terex Finlay representatives in the Grand Ballroom at the Four Seasons hotel in Baltimore, a site visit and crushing and screening equipment demonstrations at Reliable Contracting's 500-acre site in Gambrills, Md., and a customer appreciation event on the USS Constellation, moored in the inner harbor in Baltimore.

Later on Oct. 5, Terex Finlay hosted a customer appreciation dinner on the USS Constellation where not only were guests treated to a catered dinner, they also were given a tour of the ship.

The USS Constellation is a sloop-of-war, the last sail-only warship designed and built by the United States Navy. It was built in 1854, using a small amount of material salvaged from the frigate USS Constellation, which had been disassembled the year before. Despite being a single-gundeck “sloop,” the ship is actually larger than her original frigate build, and more powerfully armed with fewer but much more potent shell-firing guns.

The sloop was launched on Aug. 26, 1854 and commissioned on July 28, 1855 with Captain Charles H. Bell in command. She remained in service for close to a century before finally being retired in 1954. The ship is a National Historic Landmark.

The following day on Oct. 6, guests could return to Reliable Contracting's site in Gambrills for a closer look and inspection of the 13 different models there.

Reliable Contracting was founded in1928 and is a leading commercial and residential development contractor. The company is Anne Arundel County's largest site-work contractor, with more than 400 employees, 100 trucks and 250 pieces of earthmoving equipment.

Reliable Contracting is managed by the second and third generation of the Baldwin family: Jay Baldwin was elected as its corporate president in 2002 when his father, Tom Baldwin, retired as president after 52 years of service to the company. Meade Baldwin Sr. and Jack Baldwin, the sons of co-founder, Bill Baldwin, have both spent their entire careers at Reliable and continue to actively serve as divisional vice presidents. More than a third of its employees have been with the firm for 10 years or more, and many represent their family's second or third generation of Reliable employees.