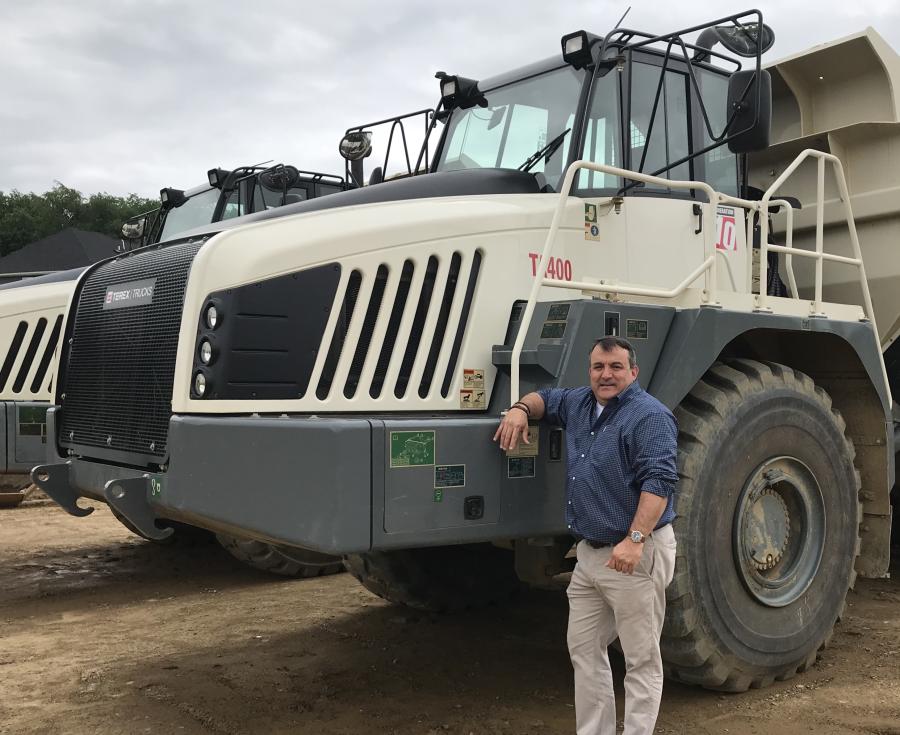 Kevin Clark joined Terex Trucks on April 2, bringing more than 25 years'industry experience with him to the manufacturer.

As a result of this predicted growth, Terex Trucks is expanding its operations and has hired a new regional sales manager to cover the north eastern territory of the United States and Canada.

“It's great to be working with Terex Trucks and I've been able to hit the ground running thanks to my previous experience with the machines, both in the field and in the retail business,” said Clark. “My first big sale in 1998 was a 3066 Terex Trucks hauler, which I sold to a contractor who was buying his first Terex Trucks machine. We are still in touch and he now operates a large fleet of TA300s.”

“I've always been passionate about the truck line and the people behind it,” he added. “Over the years, I've seen the physical changes and technical improvements that have made the Terex Trucks machines the great products that they are today. I'm proud to finally be part of the Terex Trucks family.”

“From the very first conversation we had with Kevin, it was clear that his knowledge of and passion for haulers will benefit our customers,” said Robert Franklin, sales and marketing director, Americas, of Terex Trucks. “Kevin has worked both at one of Terex Trucks' largest articulated hauler dealerships and at one of the largest users of our machines, so he is bringing fresh and relevant insights to the role. He has a passion for our products and is a great asset to our team.”