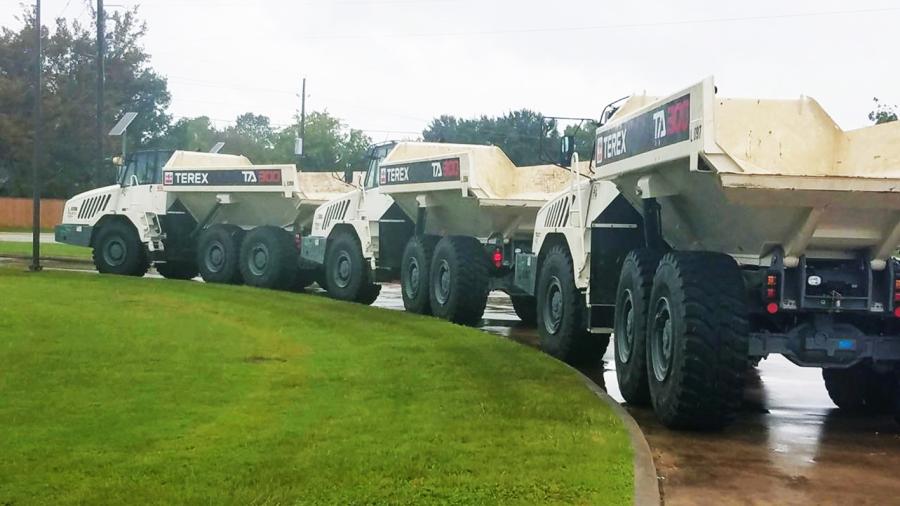 Following the destruction left in the wake of Harvey, which hit Houston on Aug. 25, Linco sprung into action, taking its articulated framed trucks to the streets to rescue victims of the severe flooding that stemmed from the hurricane.

To support the ongoing cleanup efforts in areas devastated by Hurricane Harvey in Houston, Linco Construction has been putting its Terex Trucks haulers to good use. Following the destruction left in the wake of the tropical storm, which hit the city on Aug. 25, Linco sprung into action, taking its articulated framed trucks to the streets to rescue victims of the severe flooding that stemmed from the hurricane.

"The damage that Hurricane Harvey caused was unimaginable," said Stephen J. Brown, president and CEO at Linco Construction. "We've experienced tornadoes before but this was incomparable. There's been flooding, roofs have been ripped off and as a result, many families have been displaced – so our pitching in where possible once it was safe to do so was a no-brainer.

"We wasted no time putting the TA300s to work to help rescue and evacuate victims of the storm. There's still a huge task ahead for the entire community in the coming weeks and months to restore the city of Houston, and here at Linco we're ready and willing to offer any assistance required with the people, tools, and machines we have."

Moving into the next phase of the relief mission, Linco is set to rally together alongside other volunteers to help the city recover from the natural disaster. The first step in the operation will involve removing debris to make way for the reconstruction works.