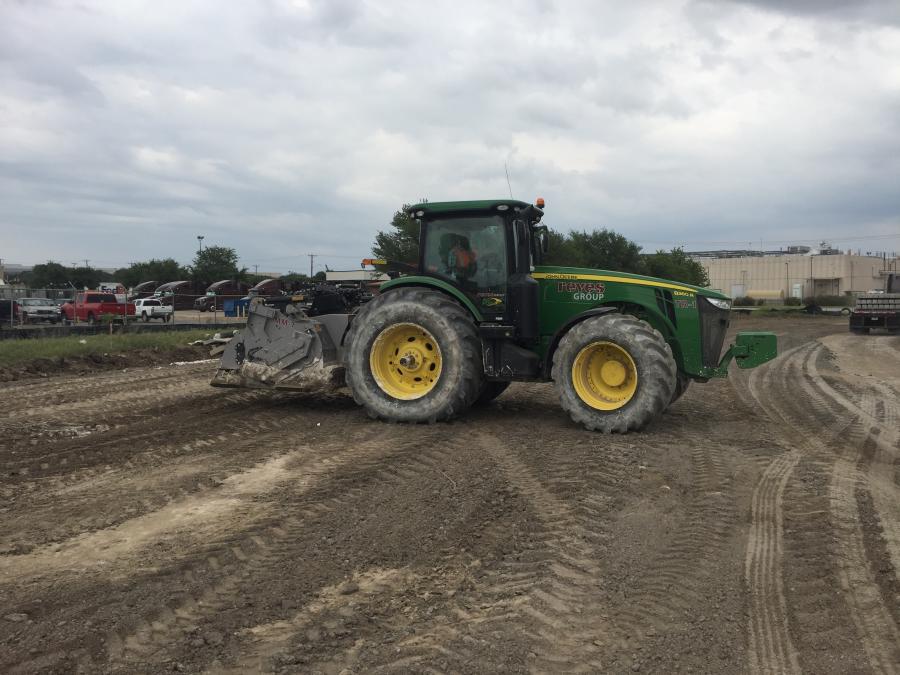 Ag-Power was able to provide a John Deere 8360R tractor and become a one-stop-shop for the Reyes Group’s service and parts needs.

The Lone Star State has always been at the forefront of new infrastructure developments, and some of the 2016-17 mega projects on the books confirm it. Together with comprising four major intercontinental airports, the eighth busiest port by container volumes, and more than 80,000 mi. of highway, Texas is gearing up its railroad infrastructure development. One of the prime examples of this trend is the TEXRail project.

TEXRail is a 27.2-mi. passenger railroad project which will link downtown Fort Worth to Texas' largest intercontinental airport: Dallas-Fort Worth International. The new line will serve as an alternative to the congested highways and to the TRE, the current commuter railroad which doesn't have direct access to the airport.

The lead contractor chosen for this job was AWH, a joint venture formed by Archer Western (Walsh Group) and Herzog Contracting Corp. Both contractors have extensive and proven experience in the railroad and mass infrastructure industry.

As it often happens, most behemoth projects are performed with the help of several subcontractors who will carry out certain specific parts of the project. AWH awarded all the dirt work and utilities to the Reyes Group-Texas. With head offices in both Chicago and Dallas-Fort Worth, the Reyes Group has performed several paving, mass excavation, stabilization/reclamation and concrete jobs for both private and public customers in several states.

One of the main challenges that the dirt work portion of the job presented was the very small right-of-way (ROW); the disruption of both vehicular and railroad traffic; and very tight spots that needed asphalt reclamation and stabilization. In order to solve this problem, the Reyes Group turned to FAE USA Inc. and their local dealer, Ag-Power Inc.

One of its flagship units is the MTM225 Multitask unit. The MTM225 is a tractor-driven machine capable of performing soil stabilization (up to 16 in.), asphalt reclamation (up to ca. 10 in.), stump grinding and rock pulverizing all with the same tooth and rotor — hence the “multitask” in MTM.

With a working width of 92 in. and overall width of 107 in., the MTM225 solves several space and production problems, usually incurred with self-propelled units. The advanced water system allows for water, and in some instances chemical stabilizing agents, to be pumped from the water truck and injected into the crushing chamber, suppressing dust and cooling off teeth and rotor.

FAE USA Inc. signed a dealership agreement in 2016 with the local John Deere Ag dealer, Ag-Power Inc., which currently has 10 locations in Texas, six in Missouri and one in Arkansas. Ag-Power was able to provide a John Deere 8360R tractor and become a one-stop-shop for the Reyes Group's service and parts needs.

“We are very pleased with the performance of the unit,” said Jackie Shadic, operations manager of Reyes Group-Texas, “Its low CAPEX, OPEX and versatility allow us to be more and more competitive every day.”

The project is poised to be completed by 2018, confirming Texas's commitment to timely developed mass transit projects.