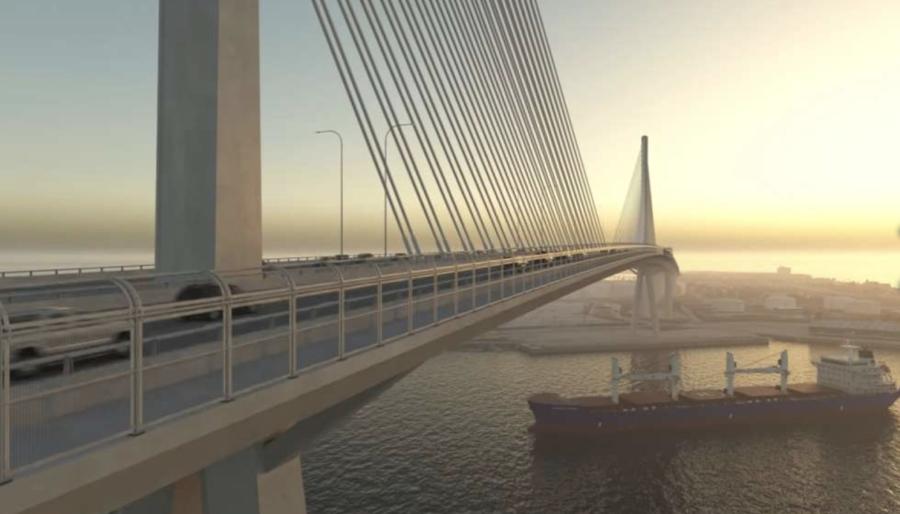 Crews broke ground last week on the $809.2 million Harbor Bridge replacement project, a structure that, by 2020, will will be the new link from downtown Corpus Christi to North Beach and attractions like the U.S.S. Lexington and the Texas State Aquarium.

The U.S. Highway 181 bridge project was conceived after the Texas Department of Transportation found the current Harbor Bridge structure and highway were unsafe.

"The existing bridge has safety issues associated with the lack of shoulders, steep grade, a reverse curve and an accident rate that is higher than the statewide average," according to the project's website.

In addition to safety issues, the bridge as it stands is high maintenance and costly.

The bridge will be built alongside the current Harbor Bridge, which will not be demolished until the new structure is complete, they told mySA.com.

Those traveling to the area to visit the beach or the aquarium need not worry — Briones said the team met with aquarium officials to ensure traffic wouldn't impact the grand opening of the Caribbean Journey wing.

The new bridge abandons the iconic arches of the current structure and instead will feature white cables in a triangular form.

The new bridge will be build with concrete and a cable-stay design, according to the project website.

A path for bicyclers and pedestrians will also be added.