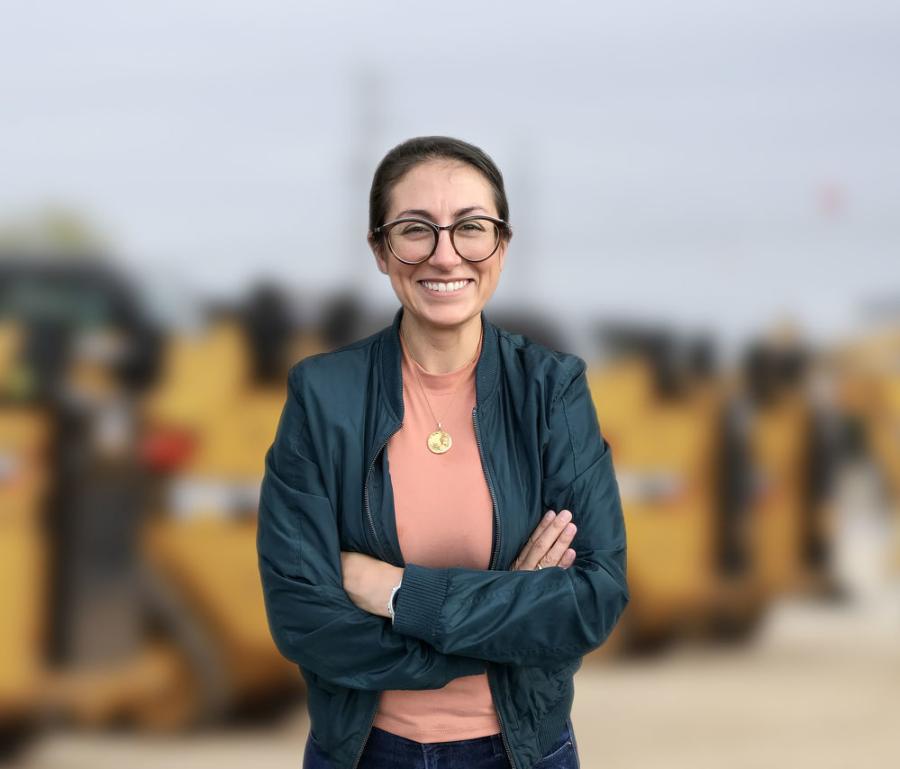 From the oil fields of Alaska to the boom cities of Texas, one woman's engineering career is on the move, with no sign of slowing down anytime soon.

Growing up in Alaska, Sherry McGee dreamed of being an architect. However, while attending high school, a teacher planted the idea of an alternate career in her head. "You'd make a great engineer," the instructor observed, and so began McGee's journey, both professionally and geographically.

McGee took her instructor's advice to heart and pursued an engineering degree at the University of Alaska Fairbanks. But even then, the prospect of a profession linked to the construction industry seemed remote at best.

"If you asked me when I graduated college, I would not have dreamed of any of this," McGee said, adding that "being open to opportunities and alternative paths" is a key lesson she would pass on to others considering a path less followed.

The opportunities that presented themselves for McGee included a stint with the Alaska Department of Transportation and an introduction to the oilfields with industry giant Shlumberger, where she worked as a field engineer.

That experience opened the door for an eventual move to Texas with Baker Hughes. McGee worked there as both a field engineer and well planner before moving on to an energy company working as a drilling engineer.

Today, she boasts the title of power systems engineering manager of HOLT CAT. Looking back on a 12-year career in fields she did not intend to be in, she points to four things that were critical in her growth.

First, inspiration can be drawn from everyone, not just female role models, McGee said.

"I was so inspired by the people I worked with in the field in Alaska," McGee said. "They were so focused on one thing … getting the job done. They were an inspiration. Not to mention that they were so willing to work with this new engineer kid."

Secondly, she maintains that as new challenges are presented, listen and then be heard.

"I struggled with being heard at times," she said of moving up in a male-dominated industry. "I had to learn to be patient, come prepared and listen. Engineers have a bad reputation for overthinking things, so it is important not to fall into that rut."

McGee added, "perhaps most importantly, be open to looking for a company that fits."

While she has been fortunate to be associated with great companies throughout her career, McGee said there was a special feel when she was introduced to the Holt organization.

"I got a great feeling from Holt," she said. "It starts with their values-based leadership, but it extends to the individual as well. They really focus on developing you as a person and a leader. I can honestly say that a great company like Holt can really contribute to a person's success."

Finally, McGee pointed to mentors and a well-defined mentoring program as being critical to her success and to others she works with at Holt. She looked to Lori Bunger, Holt vice president of used equipment, and Guy Clumpner, president of Holt Development Services Inc., as the two most important mentor figures in her early time at Holt.

Mentoring goes both ways though, and McGee said the highlight of her career so far has been growing and developing a team of engineers at Holt.

"Mentoring and watching them grow and change and achieve is very satisfying," she said of her team of seven project engineers and project managers.

Currently, the team of engineers consists of one female engineer and six males, "but we have an offer going out to another female right now," McGee said.

"Here at Holt, we have a power systems division that sells generators, transmissions, pumps, etc.," McGee said. "My team works within that division."

The group works with general contractors and electrical contractors to provide jobsite power, while also designing and installing backup power systems for hospitals, data centers and other large power consumers.

The team engineered a system for the San Antonio Zoo, for example.

On the diesel power side, McGee said her division can provide power for a piece of equipment, often offering a power solution for a machine someone else has manufactured.

This Alaska girl has found a home, in the construction world, in Texas and at Holt.

"It is just very exciting," she said. "There are lots of challenges. The industry needs more outlooks, more ways of seeing solutions. We need both male and female perspectives."