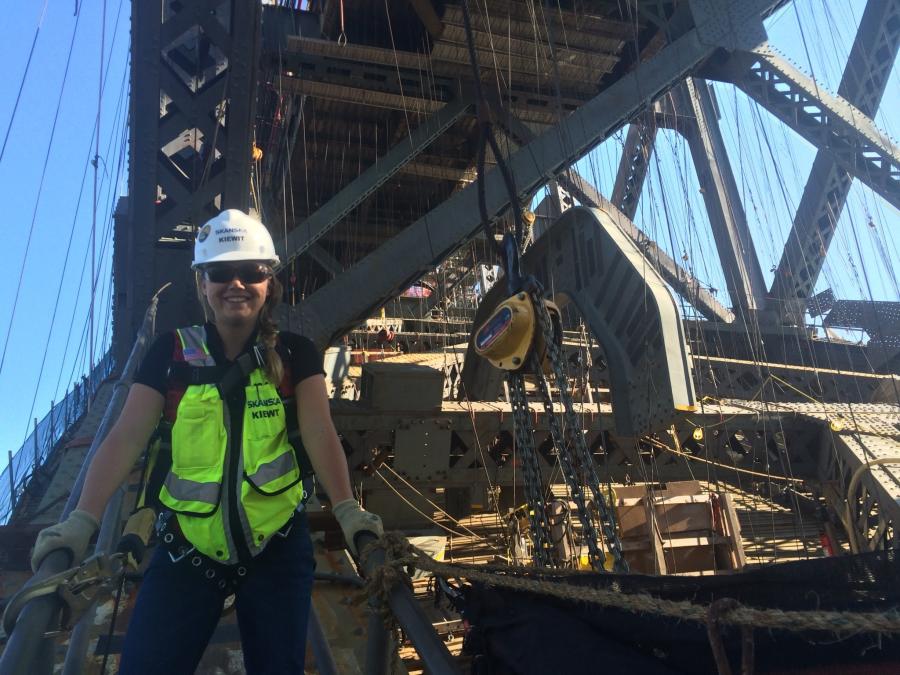 After five years in California, Skanska gave Kaisha Plambeck the opportunity to return to Texas, but this time on the building side of construction, as a senior project engineer.

Kaisha Plambeck offers a very succinct answer when asked what she likes about being in the construction world — "I really get to be myself."

The Texas native who once dreamed of a career in design has found both comfort and success as a senior project engineer at Skanska USA and could not be happier.

Working on projects like the demolition and renovation of San Antonio's City Tower allows the University of Arkansas grad the opportunity to get out from behind her desk and make an impact on some of the most high-profile construction jobs in Texas and beyond. 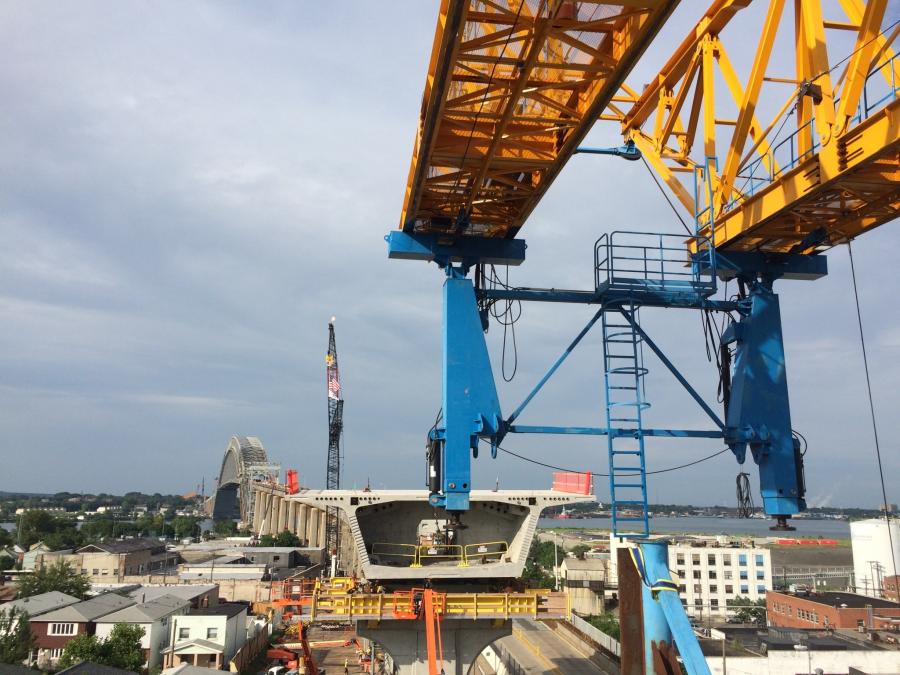 "I became an outdoor enthusiast while at school in Arkansas," Plambeck said. "I did a lot of hiking there and really came to appreciate the outdoors. From that point on, I knew that sitting behind a desk all day was not for me. I truly enjoy the outdoor aspect of construction."

Plambeck earned her civil engineering degree while at Arkansas, along with a minor in geology, and joined Skanska shortly thereafter.

After finishing Skanska's core competency training program, which included rotations in both the east coast and west coast, as an estimator, assistant superintendent and safety director, she was transferred back to California and became quickly immersed in a major project.

"I started in heavy civil," she said, "working as a field engineer in Southern California. That certainly was the foundation of my career, as I got the opportunity to work on the Regional Connector rail project in downtown LA. It was exciting because it was the deepest excavation ever in Los Angeles."

After five years in California, Skanska gave Plambeck the opportunity to return to Texas, but this time on the building side of construction, as a senior project engineer.

One might expect huge challenges for women choosing to work in an industry so one-sided in terms of male/female ratio.

That's not necessarily the case, according to Plambeck.

"Most of the challenges I've faced have not been a result of being a female," she said. "Far more challenging," Plambeck said, "is dealing with all the various personalities you encounter daily."

The daily challenges she faces have made her a more confident person.

"Sometimes you have to muster the courage to have a difficult conversation," she said. "Financial discussions, firing, hiring — those conversations can be tough, but it also strengthens you."

Both men and women in the industry have inspired Plambeck along the way.

She recalled working alongside another project manager, Jodi, who "was definitely an inspiration."

"Jodi was close to my age and worked her way up from a superintendent to a project manager," Plambeck said. "I think of her often and the perseverance she displayed."

Mike Stokes, a Skanska superintendent, was a mentor over the years.

"I love this profession," she said, emphatically. "There might be a fear, an intimidation, because of the magnitude of some of the projects, but it is so rewarding to watch it take shape."

Her advice to women considering a career in construction?

"Go for it. Give it your all and be yourself. One day in the future, it is going to be normal to see a woman in the field. In order to do that, it starts with you. Any woman with an interest in construction should move forward. Ask questions. Be vocal."

And perhaps most important, she said, "Be yourself."