Commuters traveling in New Hampshire have been honking their horns, but not because of the backups caused by construction. 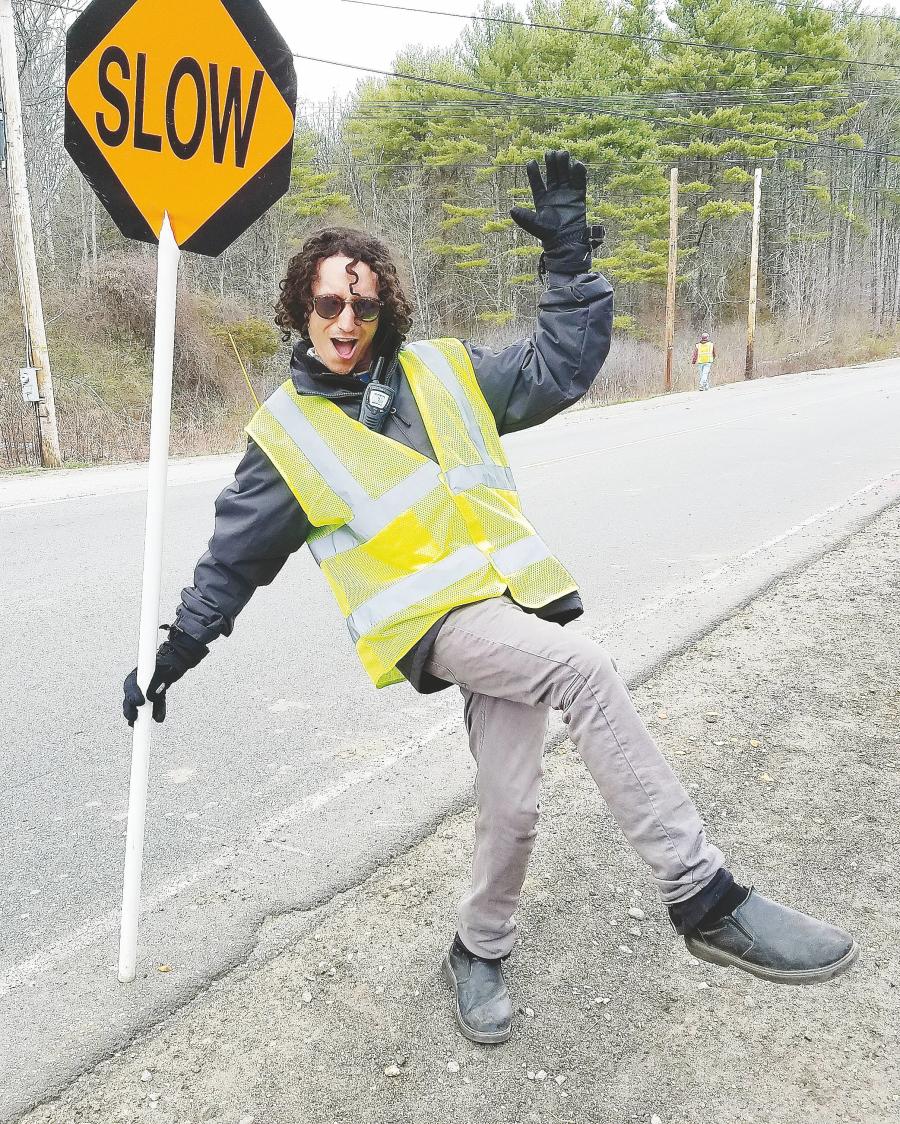 Image courtesy of the Union Leader/Kimberly Haas. For the past week, flagger Anthony Previte has been showing off his dance moves for those stuck in traffic.

The New Hampshire Union Leader is reporting that Commuters traveling between Durham and Newmarket have been honking their horns, but not because of the backups caused by construction on Route 108.

For the past week, flagger Anthony Previte has been showing off his dance moves for those stuck in traffic. Drivers beep and give him an occasional thumbs-up.

“I get real flamboyant with it, because the more eccentric it is, the more it draws people's attention,” Previte said Tuesday.

Previte was pleased to learn he's earned the nickname “The Happy Guy” from locals.

“I like to let people know, don't worry about the other people. Whether you are a woman, man, anyone, just do you. Imagine being a kid, but as an adult,” Previte said. “You gotta do that, and have fun, and dance, because it will keep your spine limber.”

Previte, 21, said he is listening to music as he works, and that inspires him.

His favorite jam is “Uptown Funk” by Mark Ronson and Bruno Mars. He calls it his “anthem.”

“It can make anyone smile,” Previte said.

Previte found out about the job with American Flagging and Traffic Control online, and jumped at the idea of being outside all day for $12 an hour.

“My training was literally like stand, stop and slow, turn, and it's that simple,” Previte said.

Perhaps it is the perceived simplicity of the job that made Previte start to wiggle, then shake, and finally, bring out his harmonica to entertain those stopped in traffic.

Construction site supervisor Terry McCormack said F.L. Merrill in Loudon is expanding the roadway and working on the drainage system. They expect work along Route 108 to continue until October. –