The Mother of All Cranes' Work is Done 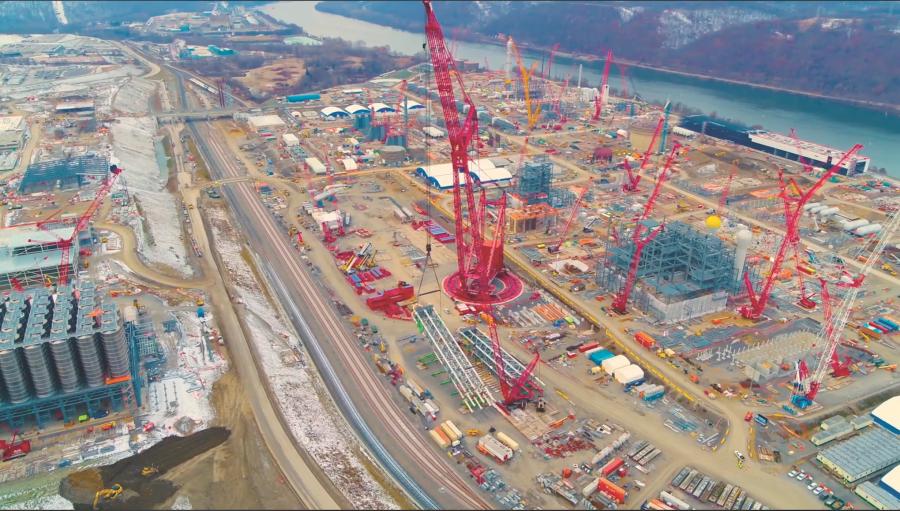 Progress continues on the reported multi-billion-dollar Shell Chemical Appalachia LLC (Shell) ethylene cracker plant in Beaver County, Pa., 30 mi. northwest of Pittsburgh … but the MOAC, also known as the "Mother of All Cranes," is about to wrap up its work on the project.

The MOAC, a Mammoet PTC 200 DS, is one of the largest cranes in the world and can lift the equivalent of 200 school buses at one time and is about four times the size of the Statue of Liberty. The PTC 200 DS can lift 2,000 tons at one time.

The plant was first proposed in 2011, with Shell Chemical searching the northeastern United States for a possible spot. On March 15, 2012, the company announced that Pennsylvania had been chosen. The state reportedly granted the company a 15-year tax amnesty window and a $2.10 additional credit for every gallon of ethane it purchases from Pennsylvania-based natural gas drillers. The company purchased the site of the former Horsehead Corporation zinc smelter for the facility, and the site was demolished in January 2015. CQ