General interest in infrastructure construction has skyrocketed since President Trump took his seat in the Oval Office. 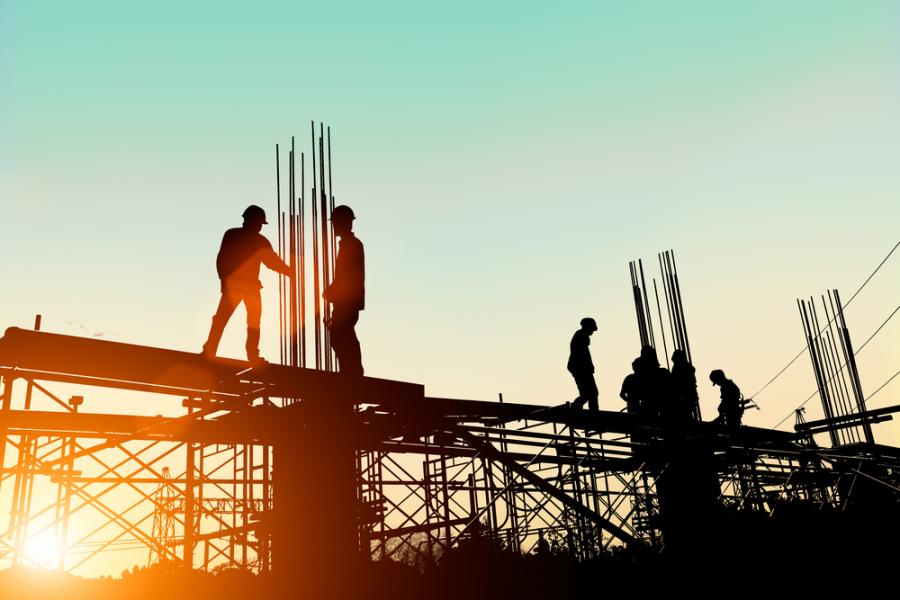 Barring the last month or so, when was the last time infrastructure was discussed regularly in the halls of Congress, not to mention on almost every cable and network news channel? "Never" would be the correct answer. Even though construction and business experts have long acknowledged the need to update America's roads, bridges, ports and other publicly-owned assets, general interest in infrastructure construction has skyrocketed since President Trump took his seat in the Oval Office.

The president and his advisors proposed a $1 trillion infrastructure program a few weeks before the election, but it was short on details. What they did tell voters was that the 10-year, free-to-taxpayer plan would leverage private equity investment in exchange for a hefty tax credit in the neighborhood of 82 percent. Additionally, the team said it would only take $167 billion of equity investment, along with private debt, to fund the entire program.

Nick Yaksich, senior vice president of government and industry relations for the Association of Equipment Manufacturers, said the organization, which represents more than 900 members all over the world, is supportive of the plan, but wonders what kind of spending bill the president will be able to negotiate with Congress.

"The reality is private capital, infrastructure banks and direct investments only get you so far," he said, especially since there's so much of the non-revenue-generating kind of work to be done on transportation systems in "flyover" parts of the country—the kind some investors could shun in favor of those with profit potential, like toll roads or airports.

A top concern, Yaksich added, is the Highway Trust Fund, which is financed by gas and excise taxes and allocated, according to a preset formula, between the 50 states. The last gas-tax increase was in 1993 when former President Bill Clinton raised it from 14 cents to 18.4 cents, and, according to Yaksich, there has been a steady Congressional logjam when it comes to implementing another hike.

There's measured excitement over what could be around the corner for construction. Increased infrastructure jobs would undoubtedly be beneficial for the industry, and an uptick in job opportunities would help kick-start a new generation of workers. It would also require most companies to expand exponentially and stock up on tools and other equipment to accommodate the influx of employees, potentially creating a big opportunity for tool and hardware sales as well. However, for the most part, the heavy equipment industry is taking a wait-and-see position until the plan gets underway.

"I don't think you're going to see an actual production uptick yet," Yaksich said. The degree of preparation will largely rely on what the final infrastructure bill looks like. A stimulus or quick infusion might result in a burst of small tool and equipment purchases right away. However, the investment period needs to be at least five or seven years for construction companies to make tool and equipment investments, which, in turn will spur production. "A long-term plan is critical to the whole system," he said.

While companies stock up on equipment and get ready for a potential increase in jobs, the industry will have to wait and see what the plan may hold for them.—CEG Blogger

"Kim Slowey has spent 25+ years in the construction industry and is still a Florida certified general contractor. She has a degree in journalism and currently authors content about commercial and residential construction and real estate for a variety of online and print publications. Kim also writes about construction and tools topics for The Home Depot, which carries a wide selection of tools for rent."