The Rebirth of H&K's Douglassville Quarry 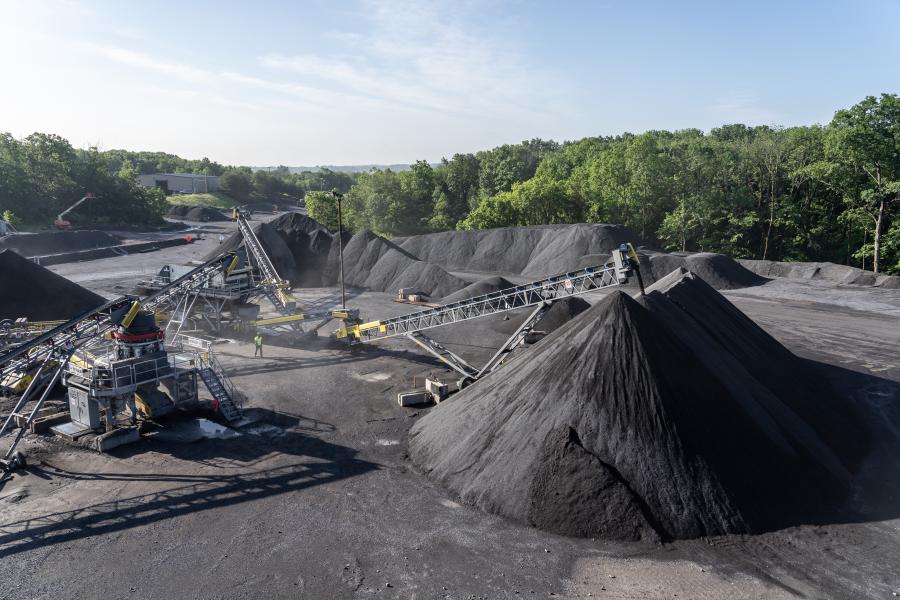 With help from Kemper Equipment, H&K has built a new state-of-the-art plant, which provides raw materials to H&K's Delaware Valley Asphalt plant in Philadelphia, Pa. The upgrades also were necessary to fulfill the needs of the regional aggregate material market. 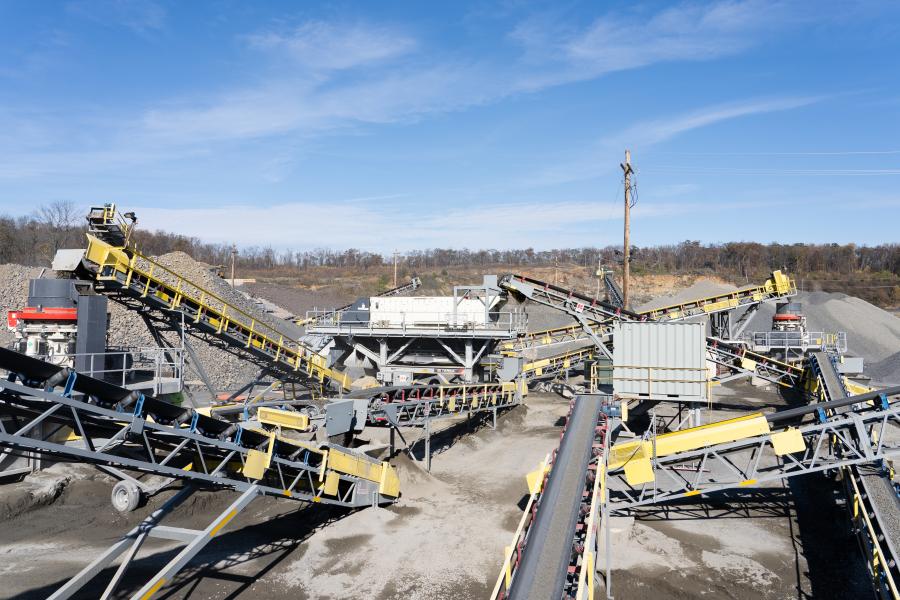 The new plant, which moved to the front of the property from the rear, has upped its processing ability from 400 tons of material per hour to 730 tons per hour of material. The plant is made up of three crushers, multiple screens and varying size conveyors and stackers. The crushing system consists of an 80-ton capacity truck dump hopper, a Terex Cedarapids CRJ 3255 primary jaw crusher and two Terex Cedarapids MC540X cone modules with MVP450X cone crushers. Three screens, including two Terex LJ MHS6203 6-ft. x 20-ft. screens (one equipped with a medium scalper) and one Terex LJ MHS8203 8-ft. x 20-ft. screen, make up the screening portion of the plant. A 240-ft. surge conveyor, with two vibratory feeders, also was added to the plant. Six belt scales were incorporated into the system to measure material and production.

The plant is overseen from a control room, which is situated next to the truck dump hopper. This allows the operator to see the entire plant and monitor the material being dumped into the hopper. If there is any unwanted material dumped into the hopper, the operator has the ability to stop the primary crusher before the unwanted material makes its way into the system. As for controls, a Common Control Module (CCM) was installed at the factory. The CCM allows automation for plant optimization, sequential plant startup & shutdown, diagnostic troubleshooting and the ability to utilize wireless remote controls.

Ed Mycek, materials director, and Jarod Lentz, assistant director of H&K's Materials Division, have praised both Kemper's team and H&K's own in-house efforts for the preparation and construction of the new plant.

"Kemper has done a great job for us," said Mycek.

With the creation of the new crushing plant, H&K needed new haul trucks to support the operation. Foley Inc., the local Caterpillar dealer, came out to conduct a study. Based upon H&K's new plant design, hauling distance from the "hole" to the plant and the material being mined, three package options were presented. H&K decided to purchase a 990K loader and two 775Gs as part of a package deal. The 990K was delivered first, followed by the 775Gs a few months after. 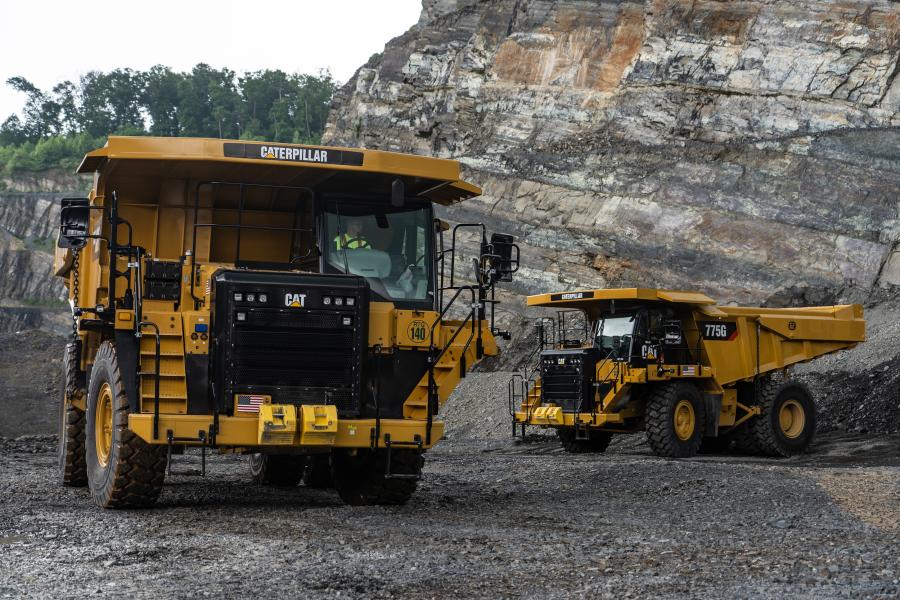 "We looked at a few different manufacturers and options before deciding on the 775Gs," said Wade Wetzel, director of maintenance of H&K. "We chose to go with Cat because of the reliability and dependability, their products have proven themselves over the years."

The 775G is a 70-ton capacity rigid frame haul truck and is powered by a C27 diesel engine. Previously, this quarry had been using older Caterpillar 769 40-ton trucks to haul the raw material to the old crushing plant. The 775Gs also were chosen because of their ability to keep up with the feed hopper in the plant.

"So far, we have been very impressed with the 775Gs," Wetzel added. "They are everything you expect from a Caterpillar product. The ease of service, longer maintenance intervals, and operator comforts all create a very nice and reliable product." CEG