Things to Know About California's $15.7B Giant Twin Tunnels Project

California is proposing its most ambitious water project in a half-century. 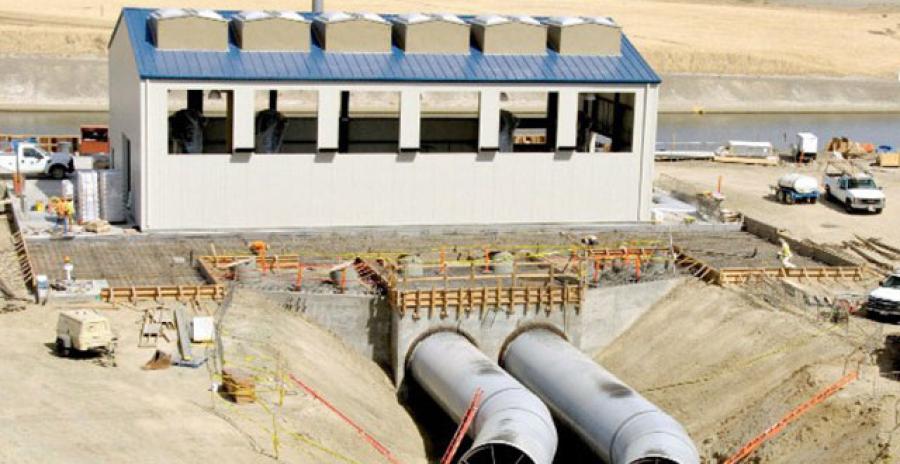 At $15.7 billion, the project would run two giant tunnels, each four stories high, for 35 miles under the Sacramento-San Joaquin River Delta in Northern California, sending water to cities and farms to the south.

CLARKSBURG, Calif. (AP) - California is proposing its most ambitious water project in a half-century. At $15.7 billion, it would run two giant tunnels, each four stories high, for 35 miles under the Sacramento-San Joaquin River Delta in Northern California, sending water to cities and farms to the south. In size and cost, the feat would rival or dwarf the tunnel under the English Channel and Boston's Big Dig.

Some things to know about the delta tunnels:

The way water is taken today from the delta has altered natural flows, making it run backward in parts and pulling migrating native fish off course. Once-bountiful stocks of Delta smelt, Chinook salmon and other native species have plummeted. At least 35 native fish, plants and animal species there are now listed under federal and state endangered-species acts. Environmental regulations limit how much water can be pumped from the delta.

Gov. Jerry Brown is promoting the project that would be paid for by cities and farmers mainly in dry parts of California, including Los Angeles, the country's second-most populous city, and the most productive agricultural region, the San Joaquin Valley. These farmers and water managers who face drought and climate change hope the tunnels will bring them a more reliable water supply.

Residents and farmers who have tilled the delta soil for generations fear the tunnels would let the state take too much water from the delta, changing life forever in the bucolic landscape of pear orchards and Gold Rush-era Victorian homes. Construction could run through 2029, with trucks moving more than 30 million cubic yards of earth.

In a decisive year for the project, the state must win approval from federal and state wildlife agencies. Given environmental and water-rights laws limiting how much water can be taken from the delta, agencies expected to foot the bill are asking if they will receive enough water to make the steep price worthwhile.