A driver escapes serious injury in a freak accident. 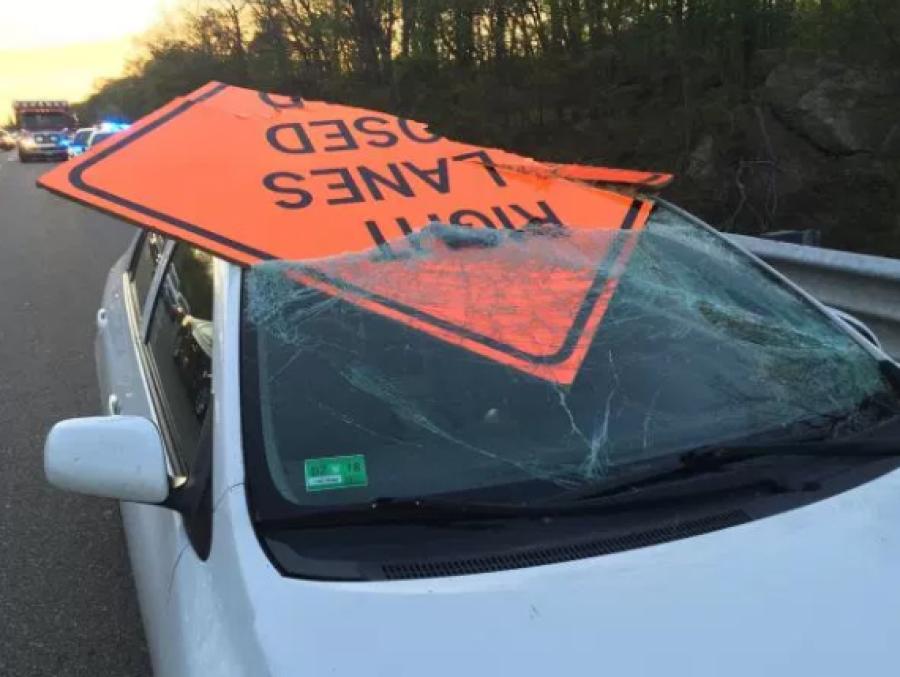 Image courtesy of NEWS10.After striking the sign, it went through the windshield, striking the driver in his head.

Local Massachusetts news affiliate NEWS10 is reporting that police say a construction sign went through a man's windshield after he crashed into it on Route 495 Tuesday night.

The incident happened at around 7:45 p.m.

Police say the driver, from Tiverton, R.I., was not paying attention to traffic slowing in front of him because of the construction project.

After striking the sign, it went through the windshield, striking the driver in his head. The man was transported to Rhode Island Hospital with a head laceration.

Police are reminding motorists to slow down when approaching construction zones.