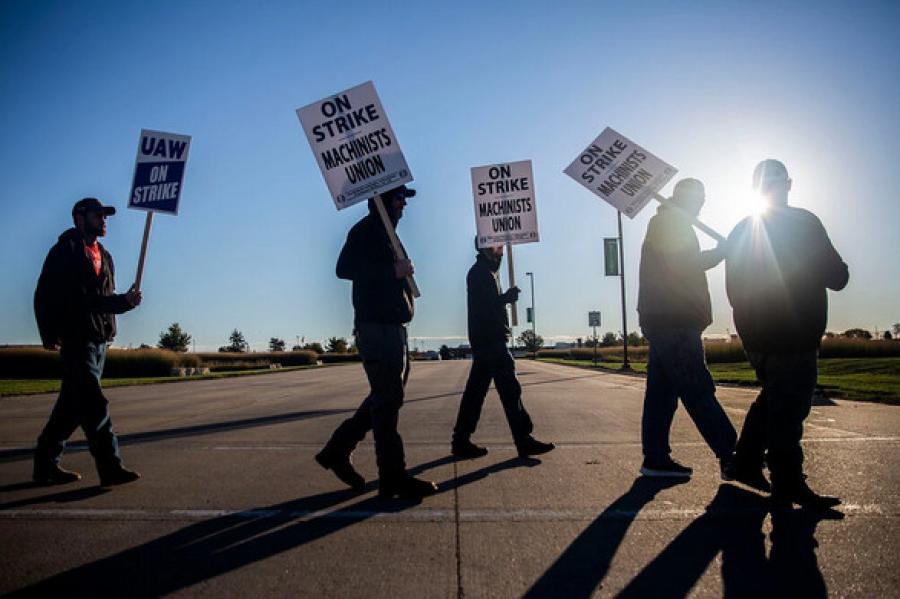 The contracts under negotiation covered 14 John Deere plants across the United States, including seven in Iowa, four in Illinois and one each in Kansas, Colorado and Georgia.

After failing to reach an agreement with the company, the UAW announced just after midnight that its 10,100 production and warehouse members working in Deere's plants would go on strike and immediately begin picketing outside the company's facilities.

The union said its members were emboldened to demand more this year after working long hours throughout the pandemic and because companies are facing worker shortages.

"Our members at John Deere strike for the ability to earn a decent living, retire with dignity and establish fair work rules," UAW International Vice President Chuck Browning said in a statement. "We stay committed to bargaining until our members' goals are achieved."

Brad Morris, John Deere's vice president of labor relations, said in a statement that "we are determined to reach an agreement with the UAW that would put every employee in a better economic position and continue to make them the highest paid employees in the agriculture and construction industries."

The Des Moines Register reported that UAW Local 838, which represents about 3,000 workers in Waterloo, Iowa, the company's largest plant, posted on Facebook in the overnight hours of Thursday morning that members were to report for strike duty at 7 a.m.

Likewise, Local 450, which represents about 850 workers at Deere's Des Moines Works in Ankeny, Iowa, posted a strike schedule on Oct. 13, informing employees that they would begin picketing at midnight if an agreement were not reached.

Meanwhile, Deere noted on its website that "employees and others" will be in the company's factories every day to continue production. The strike comes as Deere is struggling to keep up with product demand.

The UAW first gave the company a strike deadline after 90 percent of employees voted against a six-year labor pact on Oct. 10.

Strike preparations began in Iowa even as talks continued between both sides Oct. 13. The Register reported that workers said Deere told them not to come in for second shifts in Ankeny and Ottumwa, adding that employees were not to report for work at its Waterloo plant after 11 p.m.

John Deere is one of Iowa's largest industrial employers, with about 6,600 UAW-represented workers.

Workers in the state's Deere plants removed locks from their toolboxes before leaving Oct. 13, and managers read talking points to their employees, advising them that the contract they rejected would have left them well paid. Salaried employees with the equipment maker erected barricades outside the Ankeny plant the afternoon before the strike, preventing access to the campus.

The UAW said workers plan to picket Deere around the clock until the two sides reach a contract. The union will provide members $275 a week in strike pay for the duration of the strike, the Des Moines news source noted.

The strike comes after Deere's factory employees worked through the height of the pandemic, even as some other manufacturers temporarily shut down.

In May, company managers told the Register that they were struggling to hire enough workers. Based on the company's recent pace of production, Deere executives also told analysts in August that the manufacturer had already completely booked all its possible orders for some agricultural and construction machinery through the end of next fiscal year, in November 2022.

Deere is more profitable now than it ever has been, according to the Register. Executives project that the company will turn a $5.7-$5.9 billion profit this year, beating its previous record year by at least 63 percent.

The contract that UAW members rejected last weekend would have increased wages by as much as 6 percent, compared to what Deere factory workers made earlier this year. The manufacturer promised 3 percent pay bumps in 2023 and 2025, as well as higher monthly payments for retired workers on the company's pension plan. But Deere would have ended the pension plan for new employees hired after Nov. 1.

The Deere production plants are important contributors to the Iowa and Quad Cities economy, which includes Moline, Ill., so local officials hope any strike will be short-lived.

"We definitely want to see our economy stabilize and grow after the impact of the COVID-19 pandemic," Moline Mayor Sangeetha Rayapati said in remarks to the Quad-City Times. "Hopefully, these parties can come to a resolution soon." 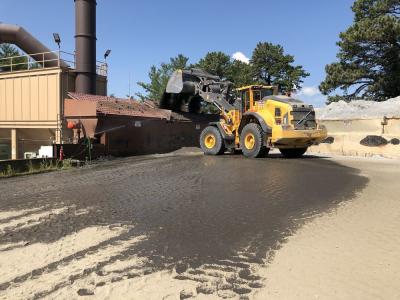