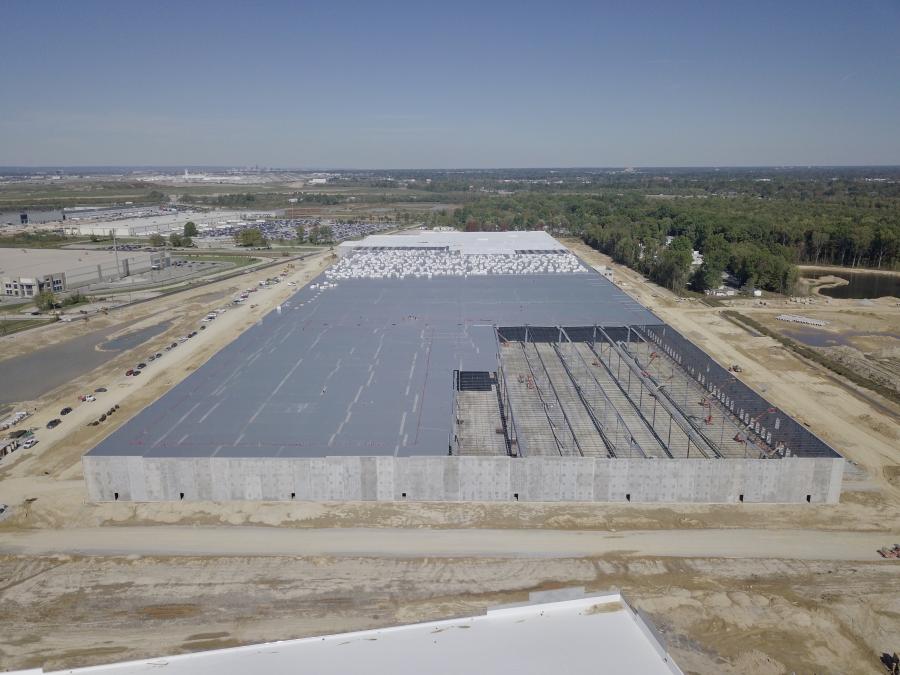 An independent panel of judges on behalf of The Steel Erectors Association of America selected three steel construction projects for the association's annual projects of the year. Teams from Gardner-Watson Decking (Class I for erection contracts up to $500,000), Buckner Companies (Class III above $1 million to $2.5 million), and J.P. Cullen & Sons (Class IV over $2.5 million) were honored at SEAA's 2018 annual convention, held in April in Greensboro, N.C. No awards were granted in the Class II category ($500,000 to $1 million) for 2017.

The winning projects demonstrate the range and complexity of steel construction in the United States. One project was a steel decking job on a massive distribution for a retail company ruled by capitalism and the Almighty Dollar. The other two jobs were temples of worship — one to God and the other the NBA's Milwaukee Bucks.

The winner in Class I was for a job called Project Red, Louisville, Ky. Gardner-Watson Decking Inc. installed 1.5 million sq. ft in four weeks, nearly three weeks faster than estimated on a distribution center for a retail construction products company. To do so, Gardner-Watson Decking put a premium on safety in order to eliminate downtime due to injuries and scaled its manpower according to the pace of the steel erection.

“The schedule was aggressive and in order to meet or beat the schedule, erector Premier Steel focused on steel erection while G-W Deck focused on deck installation. Coordination between the two companies was essential to the project's success,” said Geoff Kress, vice president, Gardner-Watson Decking.

The winning Class III project, Holy Name of Jesus Cathedral, Raleigh, N.C., is one of the six largest cathedrals in the United States. Featuring brick and masonry exterior with precast accents, the highlight of the building is the copper dome, which also presented the biggest erection challenge for Buckner Companies. The dome was constructed on the ground then lifted using special rigging designed by Buckner using a Liebherr LR/1400 crawler crane with heavy lift attachment.

“The planning and effort required to successfully construct the massive dome on the ground, allowing for the installation of light gage framing, sheathing, decking and copper roofing, sprinklers, catwalk and even windows prior to erecting the dome in place, was extraordinary,” one of the judges said.

Three things in particular contributed to successful completion three weeks ahead of schedule. First, there were several project specific situations where safety intervention occurred by ironworkers to abate unsafe scenarios. Second, steel erection was the critical path to an aggressive schedule, which JP Cullen overcame by working with the design team and construction manager to develop a temporary erection plan. Third was overcoming congestion and space constraints for people and equipment both inside and outside the bowl of the arena. Extensive planning, sequencing, and coordination was the solution.