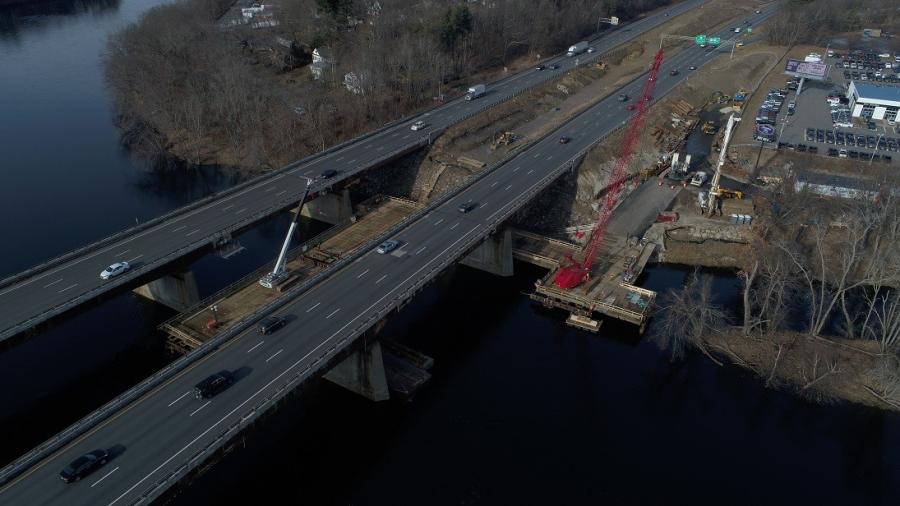 A four-year project to widen and replace bridges for Interstate 495 north and south over the Merrimack River in Haverhill, Mass., began in September and will be completed in May 2022.

The plan is to construct a new three-span, continuous superstructure and the supporting piers/abutments and demolish existing bridges and remove substructures 2 ft. below the mudline. 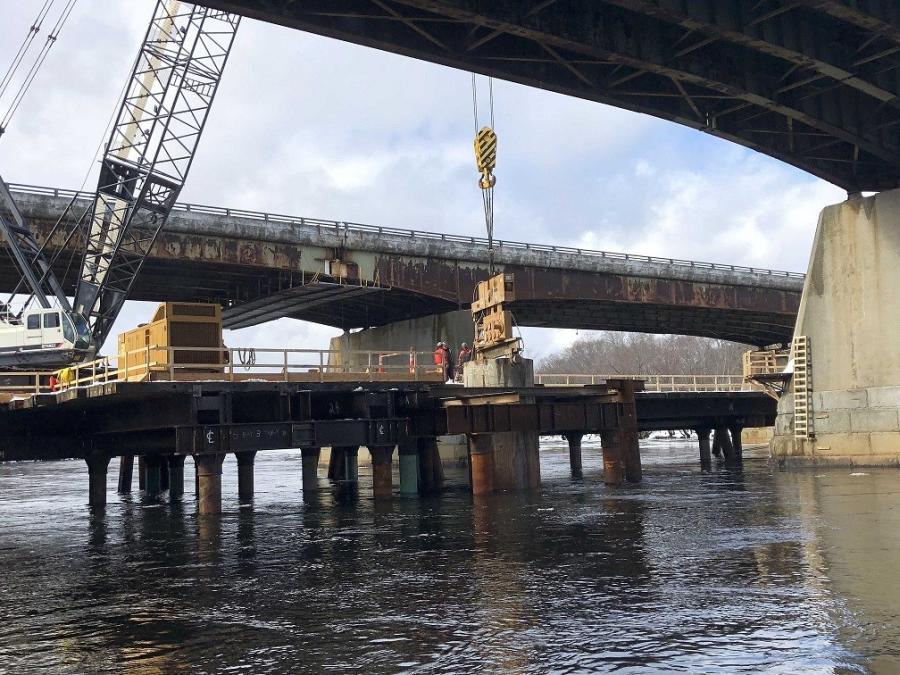 This project is replacing and widening existing bridges carrying Interstate 495 northbound and southbound over the Merrimack River in Haverhill to address structural and functional deficiencies. The bridge was built in 1961 and Mass DOT completed deck and steel repairs in August 2017 to ensure the bridges remain operational throughout replacement construction. The project area extends from approximately Exit 48 south of the bridges to approximately Exit 49 north of the bridges. Mass DOT will maintain three lanes of travel in each direction on I-495 North and South throughout construction with the exception of temporary off-peak lane closures and traffic shifts during demolition and construction.

The $102 million project, with 80 percent of the cost funded by the federal government and 20 percent by the state of Massachusetts, began with a temporary trestle installed and shafts drilled for the two pier and abutment foundations.

"There are tight environmental restrictions and we can only be in the water in the winter, so we built the trestle to get the foundations complete," said Matthew McCue, the project executive of SPS New England, the contractor that is overseeing the job. "Building the trestle was highly unusual for a highway project, but it's complete so now we're on to substructure work and preparing for beam erection."

The goal is to maintain a 30-ft. high by 70-ft. wide navigation channel of the river during construction and final condition. 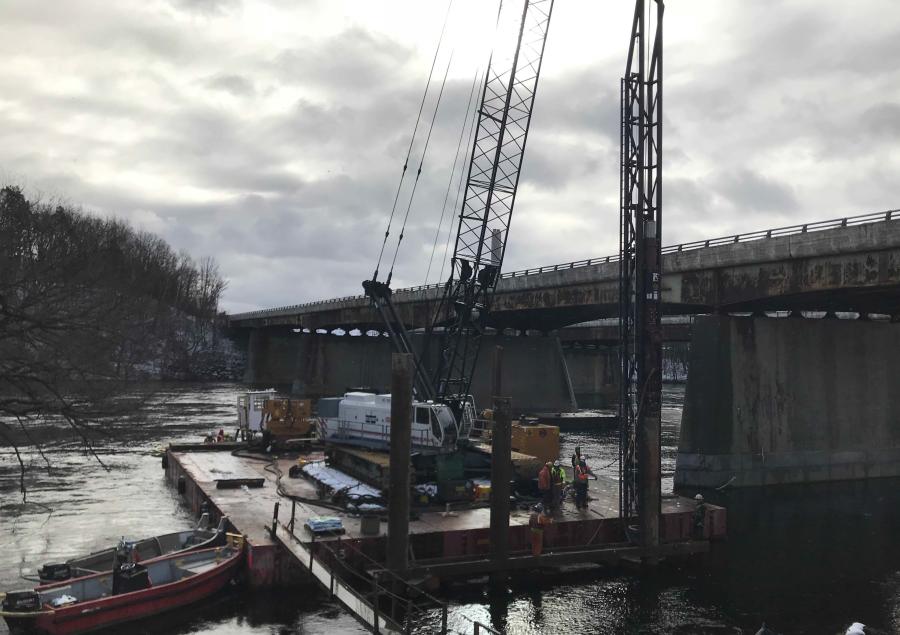 The contractor performs in-water work from a barge to drive piles.

The design-build project, which also includes HNTB, the design firm, was initiated to address structural and functional deficiencies of a bridge that is 58 years old and in dire need of replacement, according to McCue.

The bridge was built in 1961 with deck and steel repairs completed in 2017 to ensure the bridges remain operational during replacement construction. 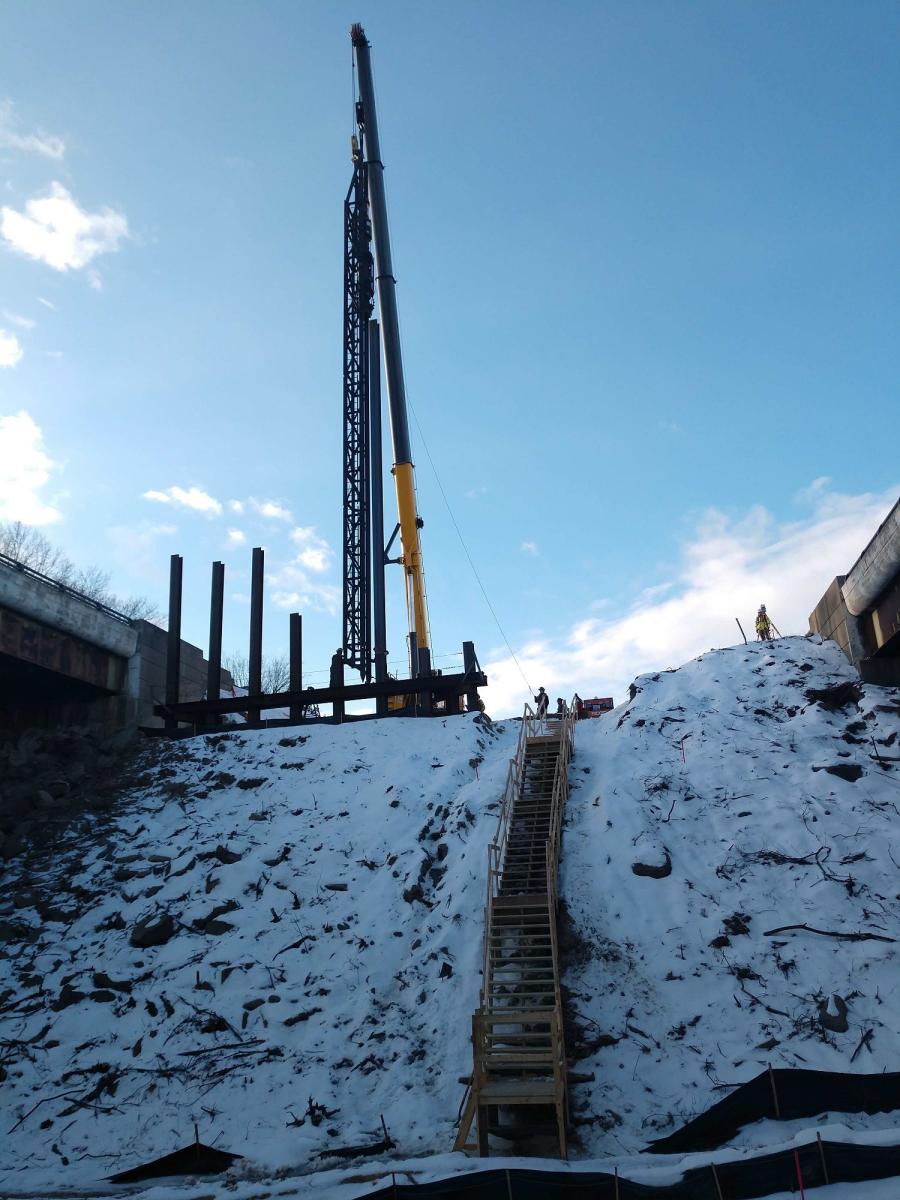 SPS will build a temporary cross over to get southbound traffic through the median during the first two phases of the project.

The construction equipment used on the job includes flexi floats, which are positioned in the river to support a 275-ton lattice boom crawler crane. The Terex HC275 is being used on the job along with 150-ton cranes.

A Soilmec R930 drill shaft for foundation work also is being used, along with 35-ton off road dump trucks and 10,000-lb. excavators, according to McCue.

The project will minimize temporary environmental vehicular impacts and temporary navigational lighting to USCG standards will be installed during construction in the water.