The 1996 ConExpo-Con/Agg show was the largest American construction show ever put together at the time. 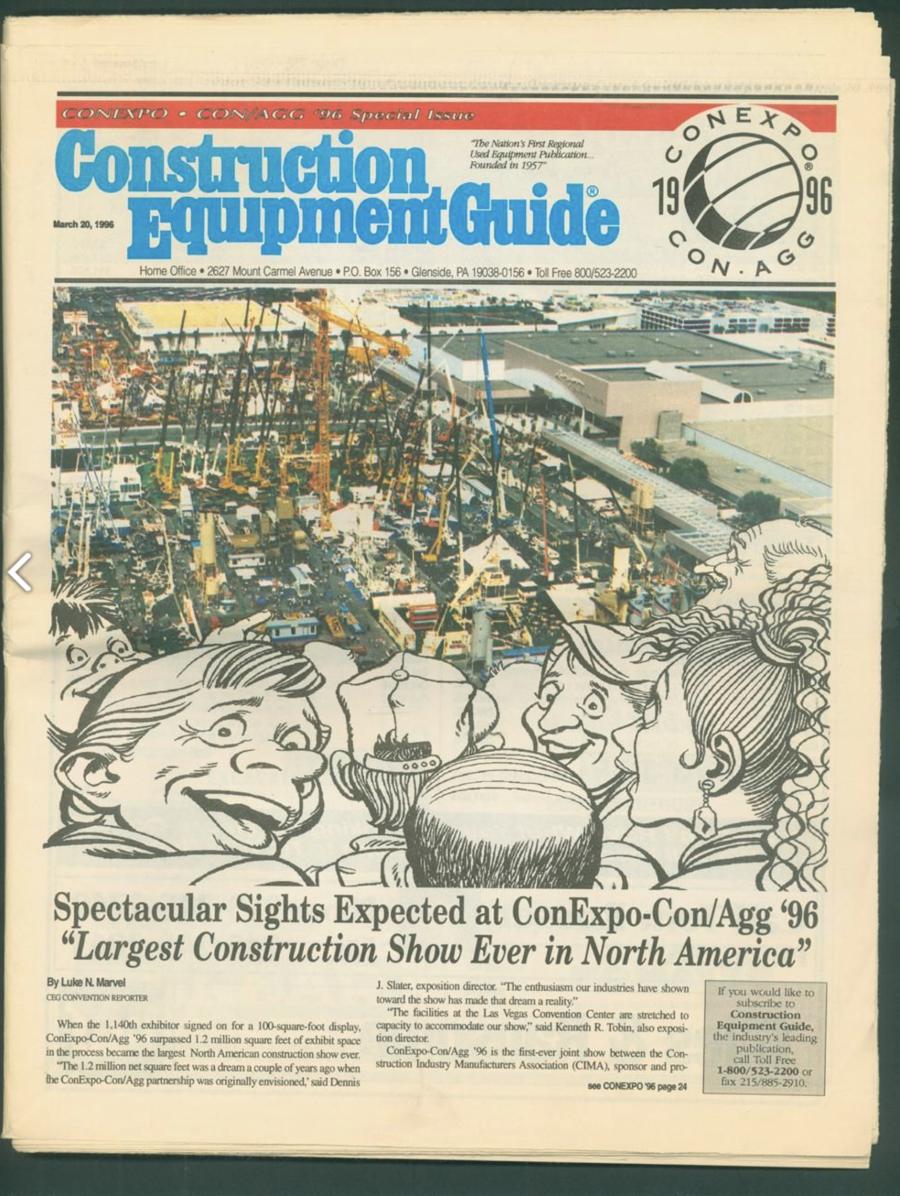 This ConExpo article was published in Construction Equipment Guide (CEG) on March 20, 1996. This and other ConExpo articles to follow will be part of a continuing series that take a look back at ConExpos past through the reporting of CEG. We hope you enjoy these retros as much as we did searching for them deep in our archives.

When the 1,140th exhibitor signed on for a 100-square-foot display, ConExpo-Con/Agg '96 surpassed 1.2 million square feet of exhibit space and in the process became the largest North American construction show ever.

“The 1.2 million net square feet was a dream a couple of years ago when the ConExpo-Con/Agg partnership was original envisioned,” said Dennis J. Slater, exposition director. “The enthusiasm our industries have shown toward the show has made that dream a reality.”

“The facilities at the Las Vegas Convention Center are stretched to capacity to accommodate our show,” said Kenneth R. Tobin, also exposition director.

Since the inception of the ConExpo-Con/Agg partnership, only Comdex the computer industry exposition, has surpassed 1.2 million square feet of exhibits. The totals for number of exhibitors and exhibit space are record totals for either ConExpo or Con/Agg. In addition, ConExpo-Con/Agg '96 will be the world's largest event in 1996 for these industries.