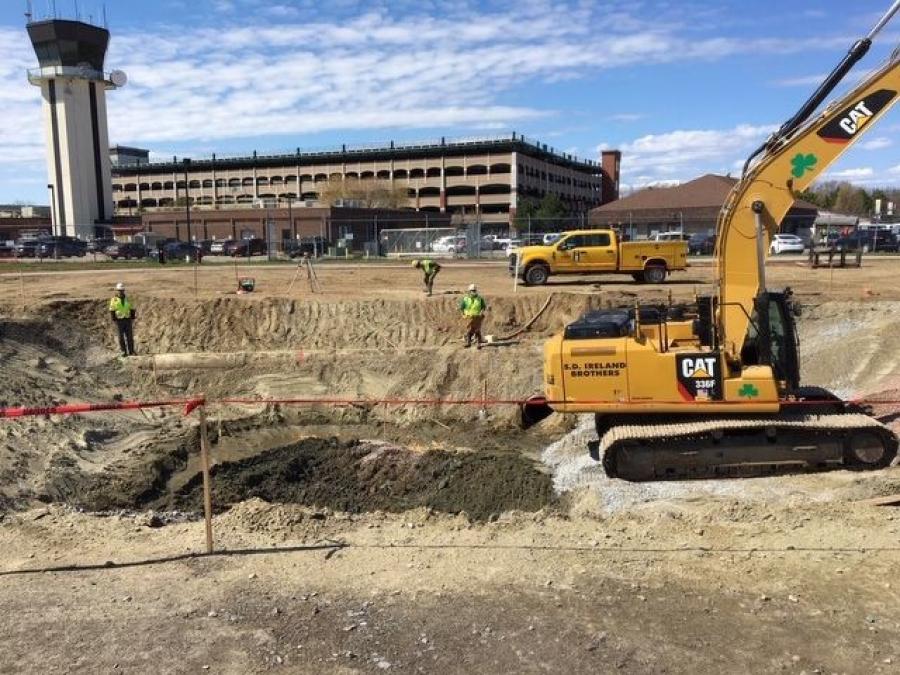 The project will be a design/build project, which is a little unusual for the airport, but necessary due to cash flow problems created by the pandemic.

These are busy days at the Burlington International Airport (BTV) in Vermont with numerous projects under way — finishing up or about to begin. The latter includes a $10 million Terminal Integration Project, known by its acronym TIP.

"I also jokingly call it the tip of the iceberg in terms of our expansion plans," said Nick Longo, airport deputy director. He's referring to a Master Plan that also includes a $90 million terminal building expansion. 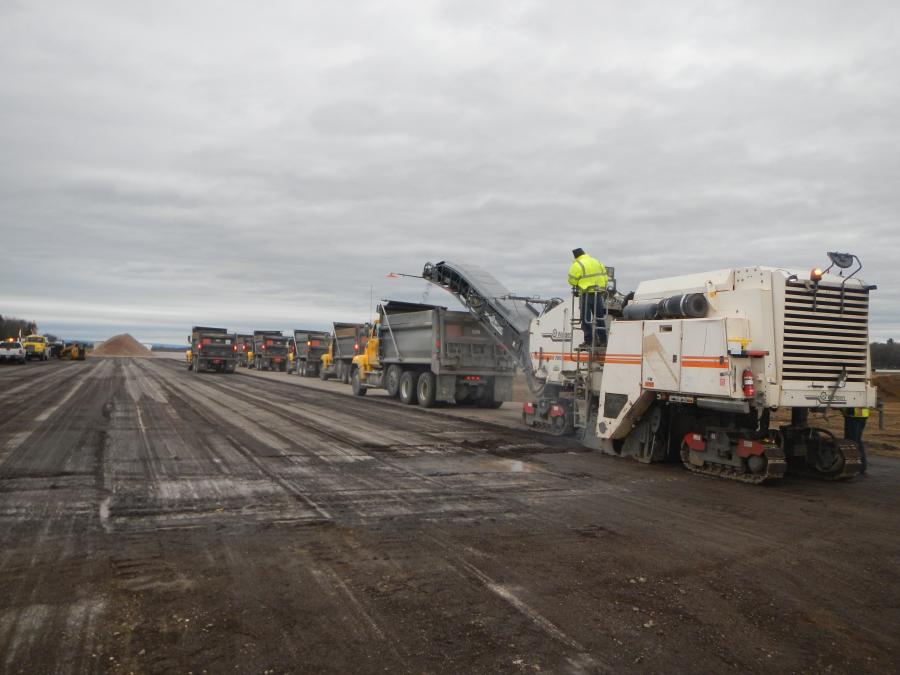 The TIP project will go out to bid this spring. It comes after 10 years of substantial growth at BTV, which caused delays at TSA checkpoints. TIP will integrate two concourses into one.

"There will be no more wondering, do I go to the south concourse or to the north?" he said. "Everyone goes to the same checkpoint and gets processed and gets to their gate through the flow point. We're in the middle of the design."

The project will be a design/build project, which is a little unusual for the airport, but necessary due to cash flow problems created by the pandemic.

"There are about a dozen more requirements before the FAA will approve us before we even start," Longo said. "It's a pain in the butt from that perspective. With a lot of airports getting hit hard by the virus, there's not enough cash flow. The FAA, specifically in New England, does not fund the design. Airports have to upfront that cost. But it's only 30 percent. That's the amount we have to get on the street so these construction companies can bid a reasonable price. Otherwise, there are not enough details to get the appropriate price."

Crews are currently working on the final $3.7 million phase of the six-phase Air Carrier Apron Rehabilitation.

The work was originally scheduled to begin April 1, but just as crews were set to mobilize, the governor issued a stay-at-home order. 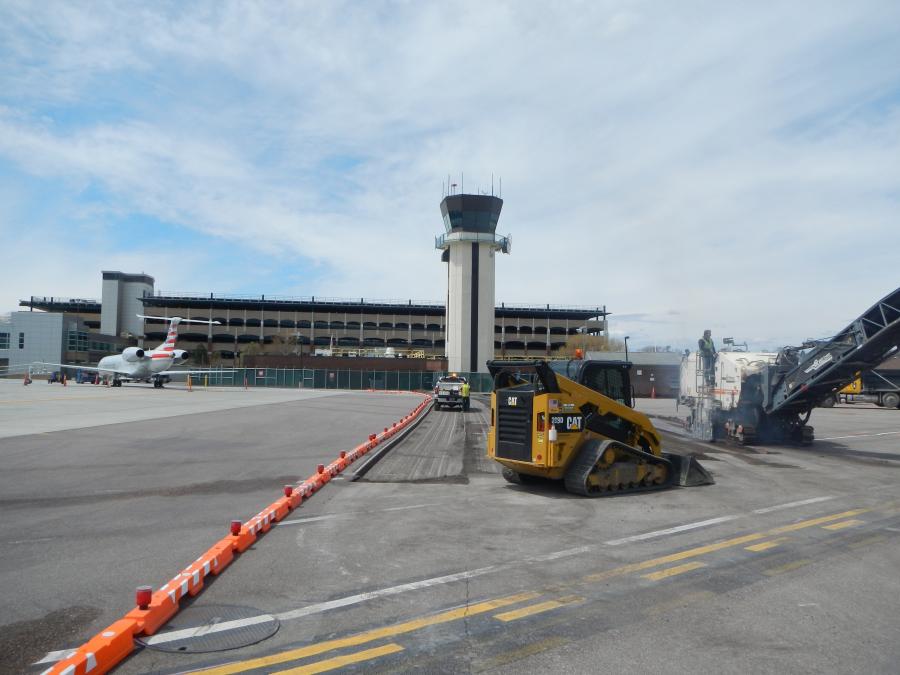 "All projects at the airport were shut down," Longo said. "Luckily, we had not mobilized yet. Shutting down midstream in active areas is extremely difficult. Then the governor opened up a little more and a little more. Now all projects can have a micro crew, which is 10, not including those in vehicles."

The air carrier apron is 20,000 sq. yds. and about 2 ft. thick with subbases, asphalt and an 18-in. concrete pad. The concrete must bear the weight of some of the largest aircrafts at the facility while they are parked, often for long periods of time.

"We construct everything else at the airport out of asphalt," Longo said. "The reason we can do concrete on the movement parts — areas where aircrafts are moving rather than sitting — is the concrete won't rut as easily. Whereas asphalt, when you get the heat on it, there's greater wear and tear and a less useful life. We were replacing 30-year-old concrete. That concrete was chipping at the joints."

Work on that project is scheduled for completion in November.

Work is also under way on Taxiway G, the third and final phase to a full parallel taxiway. Taxiway G runs opposite and linear to Taxiway K, which runs parallel to the main runway.

"Last year, we finished the rehabilitation and realignment of Taxiway G," Longo said. "We took an old section, tore it up, moved it 100 feet closer to the runway and widened it. This year's phase is doing the exact same thing, moving it again 100 feet closer, connecting it to the phase completed last year, and connecting it to the first phase of Taxiway K. There is not going to be a disconnected taxiway. There will be one long taxiway adjacent to the 1.5 mile long runway. We have 14 taxiways and all are connected now." 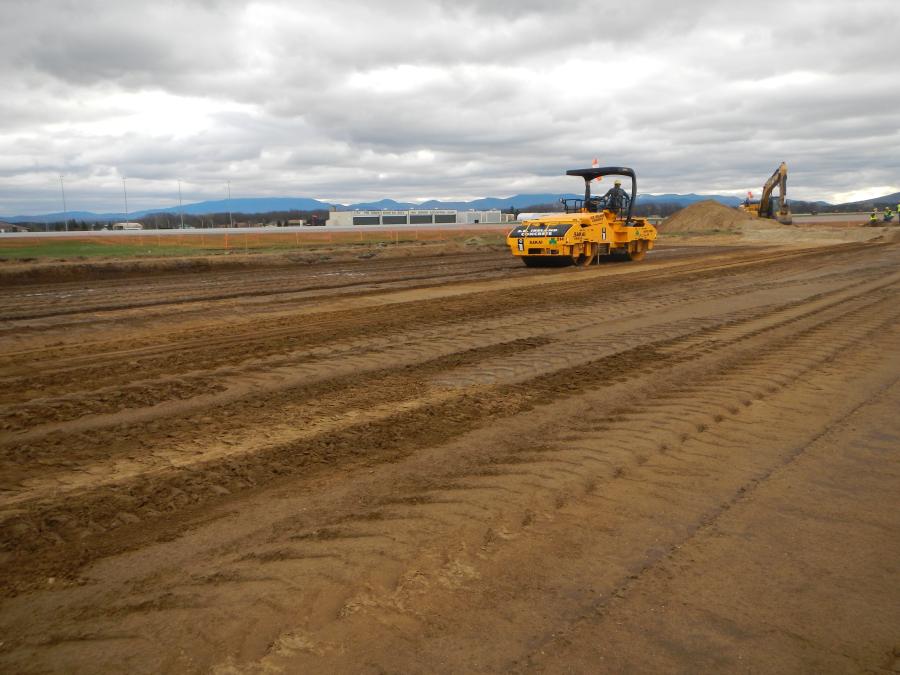 The final phase was funded by an $18 million grant, the largest grant ever received from the FAA. One piece of equipment the crews find interesting is what they fondly refer to as the guillotine.

"This is a $6 million building and incorporates an underground fuel tank with six fueling stations, three car wash bays and all the liquids vehicles need. Hence, the name Quick Turnaround. These rental companies want to turn these around to increase their profits. The building is up and we just received a certificate of occupancy. The other half of the project is to demolish the old buildings. We have not occupied the building yet because of a serious decrease in car rental traffic." CEG

Also on the horizon

Equipment in Action at the BTV Airport