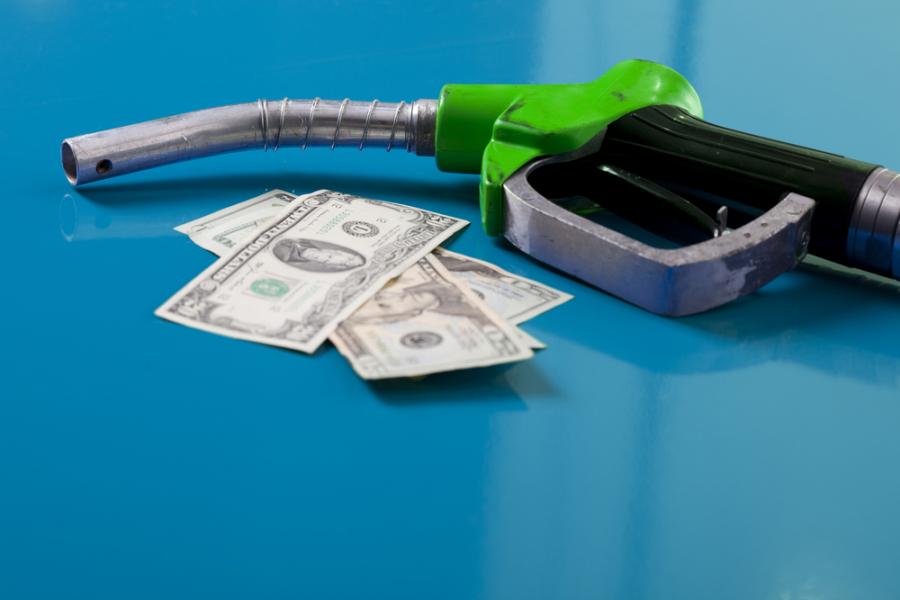 No one in the construction industry needs to be made aware of rising diesel prices over the past year. They've felt the pain. Through the first week in July, the average price of diesel fuel was nearly 70 percent higher than the year prior.

There's no single magic bullet to reduce fuel costs, improve fuel efficiency or help you navigate through these unprecedented times; however, a group of strategies can certainly help.

1. Shop around for fuel, insist on transparency

Roberta Wright, CEM and fleet coordinator of the city of Lynchburg, Va., has learned to shop around when it comes to fuel prices.

In 2018, when she discovered she could get a better price from other vendors than the vendor on contract, she broke the contract and started to get quotes for every load of fuel. The net savings added up to more than $103,000 over 5 years.

With an increasing number of supply chain issues, this year Wright has returned to contract purchasing, but with a twist. She asked participating vendors to show documentation of what they paid for the fuel, plus their constant, delivery fees and the total price per gallon of fuel for each load.

"It's not that I am trying to undercut everyone. It's my job to get the lowest price."

While your business may not have the buying power of a municipality, the point is to keep vendors honest by keeping the fuel pricing transparent.

"Anyone can do it," said Wright.

If you're fueling at retail, several apps can help you identify the lowest price for gas and diesel near you such as Gas Buddy and Drivvo.

Wright highly recommends fuel management software to help managers keep an eye on costs. Reports from FuelMaster software show the vehicle number, who fueled the vehicle, the number of gallons, date, time, pump and product. She adds in the fuel costs, which change every time they load their two on-site tanks.

"Having some type of monitoring system reduces theft," said Wright.

When she sees fuel efficiency decreasing, she can have the maintenance team identify any issues.

According to Herman, many factors can contribute to fuel burn rate and excessive fuel consumption.

"Telematics systems, like John Deere's JDLink, can track utilization data including idle time, fuel consumed while in idle, and compare that data across the fleet to identify opportunities for improvement," said Herman.

Another area to focus on are the gears or modes the machine is being operated in.

"If a machine isn't being operated in the optimal mode [eco, production, etc.] or in the optimal gear, it won't achieve maximum fuel efficiency," said Herman.

According to Herman, John Deere's JDLink system allows managers to see where their machines are hitting key utilization on job sites. This is based on machine load factors, engine loads and gearing.

With telematics data in hand, managers and foremen have the information they can use to coach their operators to maximize productivity with utilization.

Herman encourages managers to sit down with a specialist at the dealer who can offer in-person or remote support to help customers delve into their data and capabilities. The answers aren't always clear-cut.

"Auto-idle/shutdown can be beneficial in some situations, but not every situation as each business and use-case is different," said Jacob Koon, an RDO telematics consultant based in Texas.

"For example, an excavator on a pipeline job may be continually digging and have relatively low idle. That machine may be a good candidate for auto-shutdown because its job is to be constantly 'working.' However, another excavator on that same job may have very high idle because it's being used to hold the pipe in place while it's being attached."

4. Be transparent with customers when implementing a fuel surcharge

California-based, Graniterock burns through approximately 3 million gallons of diesel fuel each year, producing and delivering concrete and other materials to customers in the San Francisco Bay area.

"We pride ourselves on setting a price and sticking to it," said Rich Sacher, executive vice president of the materials division. "However, this year, we could never keep up with the velocity of change."

As a result, the company did something it has never done before — it instituted a fuel surcharge. The fuel surcharge is based on a publicly available data source and adjusted monthly.

According to Sacher, Graniterock chose a fuel charge, because it believes it is the fairest option that offers full transparency to its customers. To ease the burden, it stood behind customers with long-term commitments.

"Anytime you have a challenge in a supply relationship or a contractual relationship it forces you to reach out and challenge each other," said Sacher. "Customers appreciate that the fuel surcharge is something they can clearly show to their own customers."

The company announced the surcharge in a letter to customers and explained the decision in both a video and podcast.

Across the industry, fuel surcharges have become more common. In some cases, contractors and government agencies are delaying projects and/or spreading out work over a longer time period in the hopes that fuel prices drop and work can be completed more efficiently.

With compressed natural gas (CNG) priced at $2.52 per gallon, converting your trucks to run on CNG and gas, or CNG and diesel can bring significant savings, all while reducing emissions. Conversion kits from Green Energy Solutions effectively convert your trucks to dual-fuel hybrids, running approximately 20 to 30 percent CNG.

According to Business Development Manager Kyle Flint, one of its clients, Oklahoma-based B&H Construction, has seen fuel costs go from $11,600 per employee to $4,800 per employee after converting most of their truck fleet.

"Everything more than a half-ton has been converted," said Flint.

Conversion kits are easily installed and include a tank package suited to the vehicle, plus hoses, tubes, fittings, pressure regulator fuel delivery system, sensors and processors. The cost for a diesel assist kit is approximately $15,000 to $20,000, while the cost for a gas kit is $13,500 to $15,500.

There are a number of government incentives for organizations that convert their vehicles to CNG because it is a renewable, clean-burning biofuel. Green Energy Solutions will have products on display at ConExpo-Con/AGG 2023.

It's never a good idea to skimp on machine maintenance, especially those tasks with a direct impact on fuel efficiency.

According to RDO's Herman, air filters should be cleaned daily and changed regularly. Fuel filters should be monitored for water or sediment that could lead to poor fuel economy. Lastly, be sure track tension and tire pressures are set to the proper points to avoid overworking your machines and burning more fuel than is necessary.