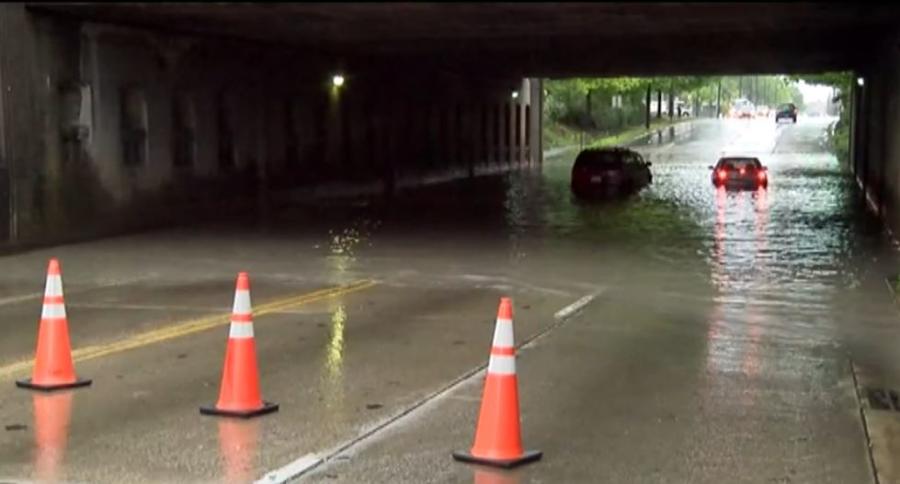 Work is under way to ease flooding underneath the structure, which carries a CSX rail line over 6th Avenue South.

The city of Birmingham, Ala., has started fixing a dangerous problem spot on its south side. The 6th Avenue South CSX Viaduct is in a flood-prone area and cars and trucks passing underneath it have dealt with high water at the intersection for years.

However, on Aug. 24, Birmingham began a construction project in and around the viaduct designed to offer some relief to motorists.

Work is under way to ease flooding underneath the structure, which carries a CSX rail line over 6th Avenue South. It involves installing approximately 4,000 linear ft. of storm sewers. The project also will include work at the street's intersections at 7th Avenue South and 8th Street South.

The work is being overseen by the city of Birmingham's Capital Projects Division and the construction is in the hands of Russo Corporation, based in Birmingham. The project cost is $2,491,696.

Heavy rains flooding the streets around the viaduct is not a new problem.

"This has been an issue for decades," explained Birmingham City Council Member Crystal Smitherman. "My own car has almost gotten stuck, so I personally have experienced the flooding. I really wanted to get this done."

Smitherman was elected to the council in 2019. Since then, she said that fixing the viaduct was something she was determined to see accomplished.

"It is very unsafe to have flooding that is so high that your car gets stuck or you can't go through the viaduct," she added.

The estimated completion date of the full project is Feb. 19, 2021. The city cautioned, though, that project dates are fluid because of weather and unforeseen circumstances.

Birmingham officials also say the upgrades will disrupt traffic flow in the area.

The enterprise is being constructed in four uninterrupted phases. When work is finished on one portion of the contract, crews will start on the next the following day:

Smitherman reiterated the great need for the 6th Avenue South CSX Viaduct upgrades by adding the city estimates about 60,000 cars travel under the structure regularly.

"Six months of not being able to take this roadway is a great sacrifice" for motorists, she said.

The city council member also said she is working to add some new features to the road tunnel under the viaduct once construction is done.

"I am partnering with Alabama Power to put the multi-colored lights up that are similar to the ones by the viaduct at Railroad Park," Smitherman said.