To Offset Impact of I-395 Connector, MaineDOT Wants to Preserve Wetlands 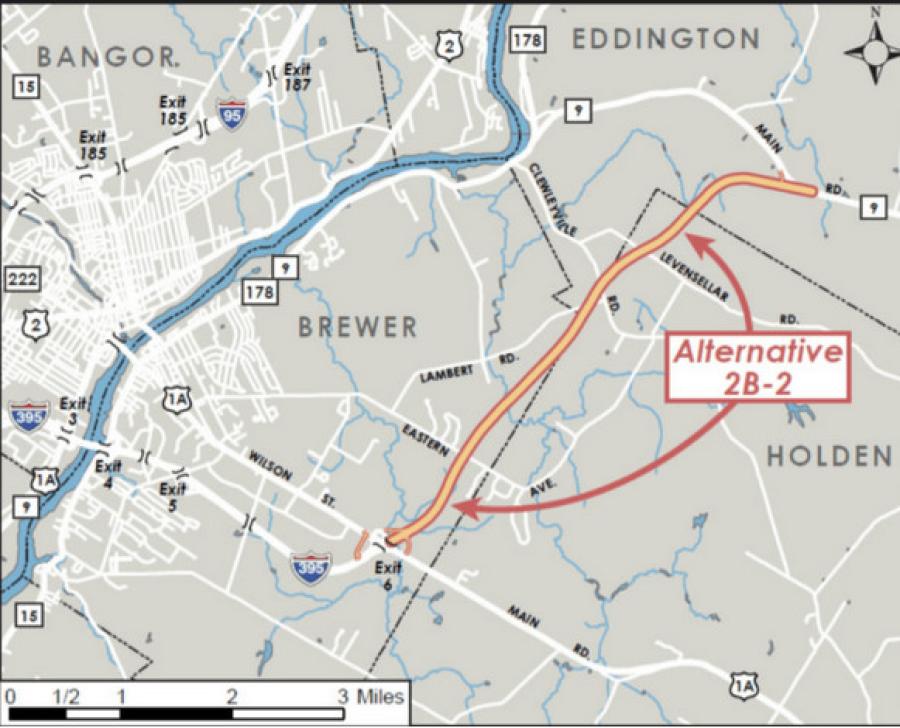 The Maine Department of Transportation (MaineDOT) seeks to preserve more than 1,600 acres of wetlands to compensate for the environmental impact of the planned construction of a controversial 6-mi.-long connector between I-395 in Holden and Maine Route 9 in Eddington.

The move follows years of local opposition to the new roadway.

The state agency is seeking approval from the U.S. Army Corps of Engineers (USACE) to preserve the 1,628 acres on either side of Mann Hill Road in Holden to offset the construction's environmental impact.

MaineDOT outlined its plans to preserve the land in a June 29 permit application with the federal agency, the Daily News reported.

The proposal marks the latest stage in the development of the connector, an effort that has been in the works — and debated — for decades. The new roadway would extend I-395 from its current end near the Brewer-Holden town line northeast to its intersection with Rt. 9.

Currently, motorists must use Maine Rt. 46, which passes through Eddington and Holden, to travel between the two larger roads.

MaineDOT expects to choose a contractor by this fall and begin construction in early 2022, said Paul Merrill, an agency spokesperson. A related construction project began last summer on the replacement of the Wilson Street bridge in Brewer, which carries U.S. Rt 1A over I-395.

The Daily News reported that if the USACE approves the state's application to preserve the wetlands, MaineDOT would transfer ownership of the acreage to the Maine Department of Inland Fisheries and Wildlife, which would manage the land.

"It's a pretty sizable area," noted Benjamin Breadmore, Holden's town manager. "It's the single largest tract of land under single ownership" in the community.

Merrill told the Bangor newspaper that MaineDOT has already purchased the land for $2 million.

In the two decades the state has planned the road, residents of Brewer, Eddington and Holden have spoken out against the highway project, worried that the state would seize their land to build the road, or that it would cut through or near their properties, according to the Daily News. The three municipalities also approved resolves to voice their opposition to the connector.

In Holden, Breadmore said, "two or three homes have been taken" to prepare for the road construction.

State Rep. Kevin O'Connell, a Democrat from Brewer, said that he had opposed the project during the nine years he served on the Brewer City Council. The resolves from Holden, Brewer and Eddington, "got no response," he said.

"There's a lot of bitterness out there because of the non-answers and meetings that didn't do anything," O'Connell added. "We already fought the fight, and no one listened."

Another area legislator, state Sen. Kimberley Rosen, a Bucksport Republican, proposed legislation in 2019 to suspend construction and conduct another outside analysis of the project to determine whether it should proceed. That bill died in March 2019.

Rosen and state Sen. Bradlee Farrin, a Norridgewock Republican who sits on the Legislature's transportation committee, have both approved of the wetland preservation project, a spokesperson told the Bangor news outlet.