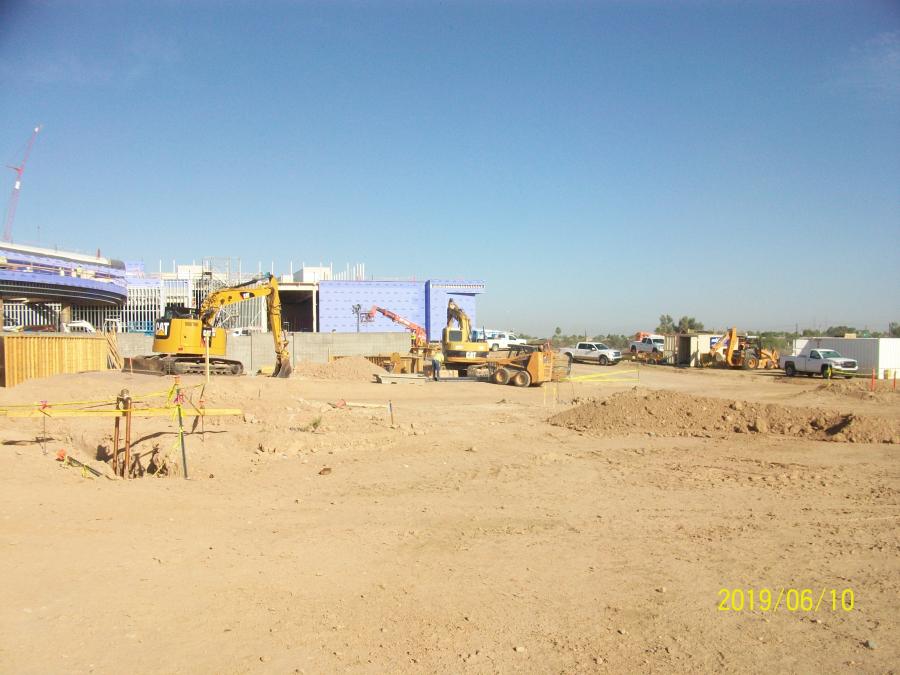 A new casino is rising from the desert in Glendale, Ariz. The new $400M Desert Diamond West Valley casino is more than twice the size of the original one built at the site, which also includes a resort. Tohono O'odham tribe's gaming enterprise oversees the project.

The addition of the resort combined with the popularity of the casino, necessitates an increase in the casino interior. The casino will cover 75,000 sq. ft., compared with the current facility's 35,000 sq. ft.

Desert Diamond Casinos & Entertainment, with three locations in Southern Arizona (Tucson, Sahuarita and Why) and one in the West Valley, is owned and operated by the Tohono O'odham Gaming Enterprise, an enterprise of the Tohono O'odham Nation. 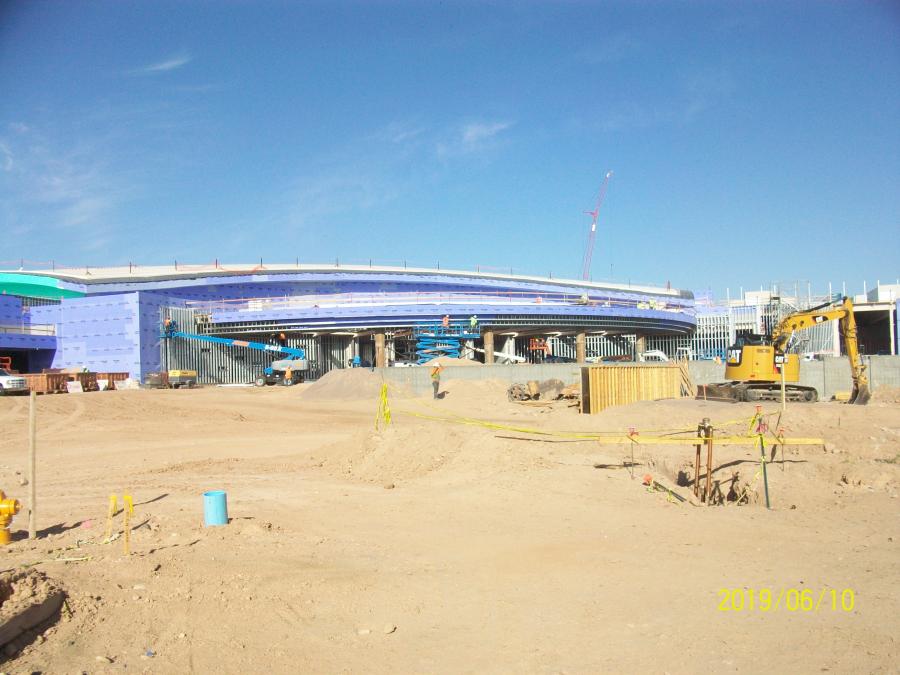 The new facility will employ about 1,600 people, feature a modern casino floor with slot machines, poker and blackjack tables and live bingo. The original casino did not include table games.

The casino is being built adjacent to the temporary casino the tribe opened in 2015, near 93rd and Northern avenues. It is a long, curved purple-colored two-story building with a scenic circular pond in front.

Once complete, the full-scale casino property will span more than 1 million sq. ft., including the expanded gaming floor, five dining venues, two covered parking garages and a water feature out front. The facility design is intended to complement the existing buildings of the surrounding Sports and Entertainment District in Glendale. Architectural motifs draw on desert imagery and traditional designs of the Tohono O'odham people.

The project is just one piece of the tribe's plan to transform its 135-acre property into a full-scale casino, resort and spa.

The soft opening date planned for phase one of the new facility is the end of 2019. The second phase includes a hotel and spa. This second phase will come after phase 1 is completed. 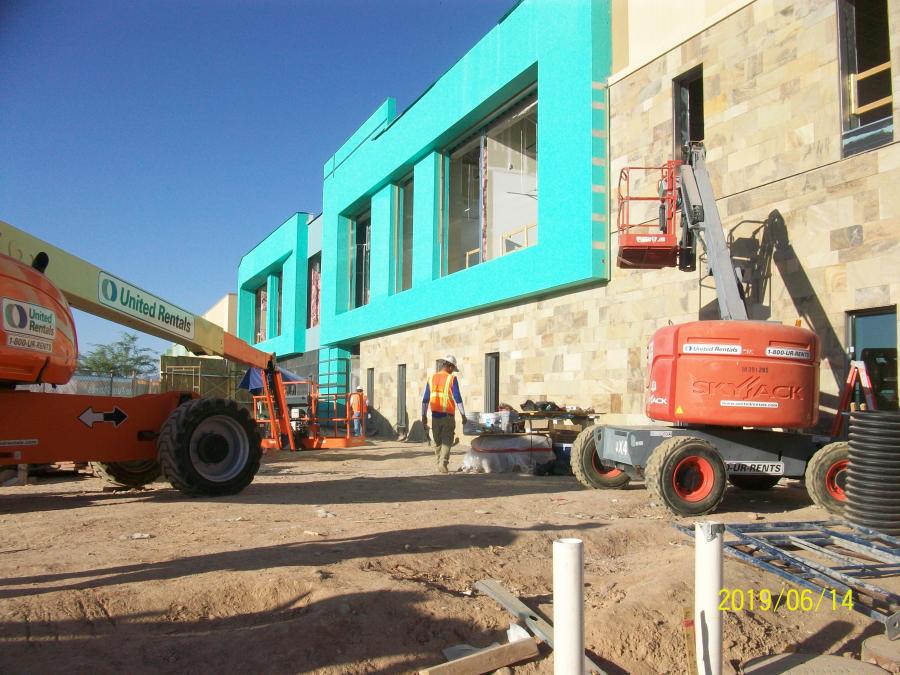 Possibly the most important factor with the new facility is lodging. It will be an important attraction and many guests will stay longer than before.

A resort, according to North American English, is a self-contained commercial establishment that tries to provide most of a vacationer's wants, such as food, drink, lodging, sports, entertainment and shopping, on the premises.

That is the intent of designers of the first few phases of the project.

There is currently no lodging at Desert Diamond Casino West Valley. Hotel and spa components are planned for a future phase of construction.

The new casino development is a 20-month project. The current casino remains open during construction.

The new resort is situated north of the current interim casino, Desert Diamond, near Northern Avenue and Loop 101. The plan is to replace it's casino with this expansive new facility.

Once the new casino opens, the interim casino, which opened in 2015, will be used as a warehouse. The second phase of construction will begin to add a hotel and spa to the site.

Tohono O'odham Gaming Enterprise broke ground on the permanent, full-scale casino in December 2017 and construction is said to be moving forward aggressively.

AECOM Hunt/Penta Joint Venture is prime contractor. Dozens of companies have been retained and 1,500 workers contracted for the project.

"Currently there have been 110 subcontractors that have worked on the project," said Treena Parvello, director of public relations and communications for the Tohono O'odham Gaming Enterprise.

She said approximately 50,000 cu. yds. of concrete will be used in construction.

It currently employs nearly 600 people. The interim casino is continuing operations during construction and will transition to use as a warehouse after the full-scale casino opens.

As new construction began, Edward Manuel, chairman of the Tohono O'odham Nation said, "Today we celebrate how far we have come and how far we yet have to go in building a more prosperous future for the Nation and the West Valley. We will continue to work with our partners in the region for the benefit of all our communities."

The current phase of the tribe's project includes the new casino, a service building and two parking garages. Tribal officials are relieved to now have the support of surrounding cities, such as Glendale and Peoria. The tribe initially faced resistance from Glendale and other tribes, and eventually from state leaders. After years of lawsuits, tribal and state leaders reached a settlement.

Ruby Prieto, CEO of the Tohono O'odham Gaming Enterprise, said work on the onsite resort will start after the casino opens. That means resort construction could begin in early 2020, he said.

Prieto said he isn't sure if the resort will be built and ready to open in time for the Super Bowl in 2023, which will be hosted a few blocks from the site at State Farm Stadium.