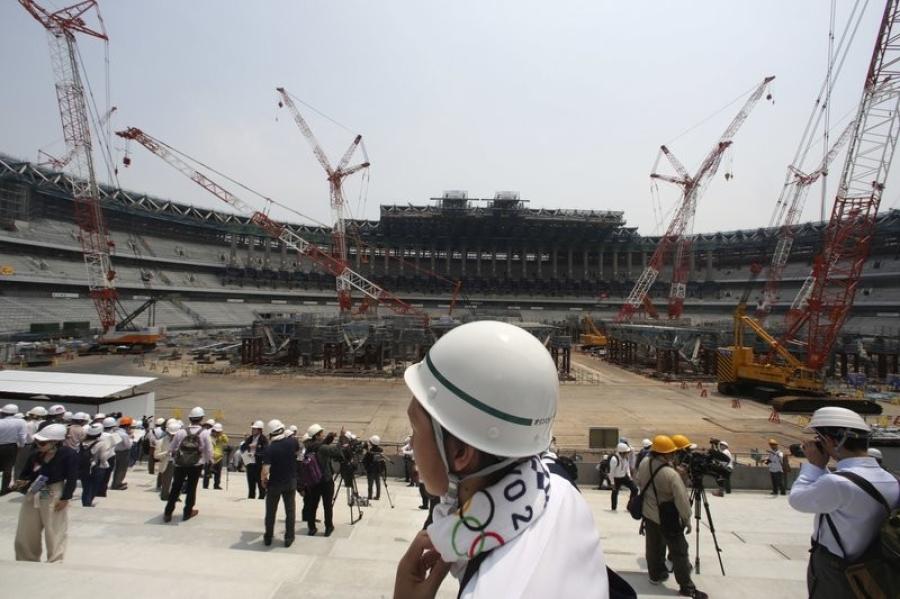 The Japan Sports Council has reported that construction is 40 percent complete on Olympic venues for 2020. (Photo courtesy of AP)

TOKYO (AP) — The Japan Sports Council gave a progress report on the new National Stadium for the 2020 Tokyo Olympics on Wednesday, saying the project is 40 percent complete with two years to go before the opening ceremony.

Located in central Tokyo, the Olympic Stadium will be the centerpiece of the 2020 Games. The JSC, the government-funded stadium operator, says the 68,000-seat stadium is on schedule to be finished in November 2019. It will host the opening ceremony on July 24, 2020 as well as athletics and the closing ceremony.

The construction was more than a year behind schedule when it started in December 2016, as an earlier stadium plan was scrapped because of spiraling costs and unpopular design.

The Japanese government approved the new 150 billion yen ($1.5 billion) stadium which is a joint venture among Taisei Corporation, Azusa Sekkei Co. and the office of Kengo Kuma, the architect who designed the replacement.

The JSC says the construction site has about 2,000 workers on an average day but that will be increased to 3,000.

JSC officials say the biggest hurdle to overcome now is construction of the stadium roof, which will cover spectator seating and is considered to be the most difficult aspect of the construction.

“The most challenging part from now is installing the roof,” said the JSC's Tadashi Mochizuki. “Of the whole 15 months of the work period for the roof, we still have nine more months to go. We are installing the roof, divided as four parts. We have to install the parts without an inch of mistake.”

For the roof, Kuma chose a wooden lattice design which echoed traditional styles seen in Japanese shrines and pagodas.

It is intended to blend in with surrounding parkland and will be structured to minimize costs for heating and cooling.

Tokyo organizers said this week that all the newly-constructed venues for the games are 20 to 40 percent complete.

Here is an update on some of the other Olympic venues: