After issues with the games in Brazil, Japan is already looking at its own cost overruns for the 2020 Games. 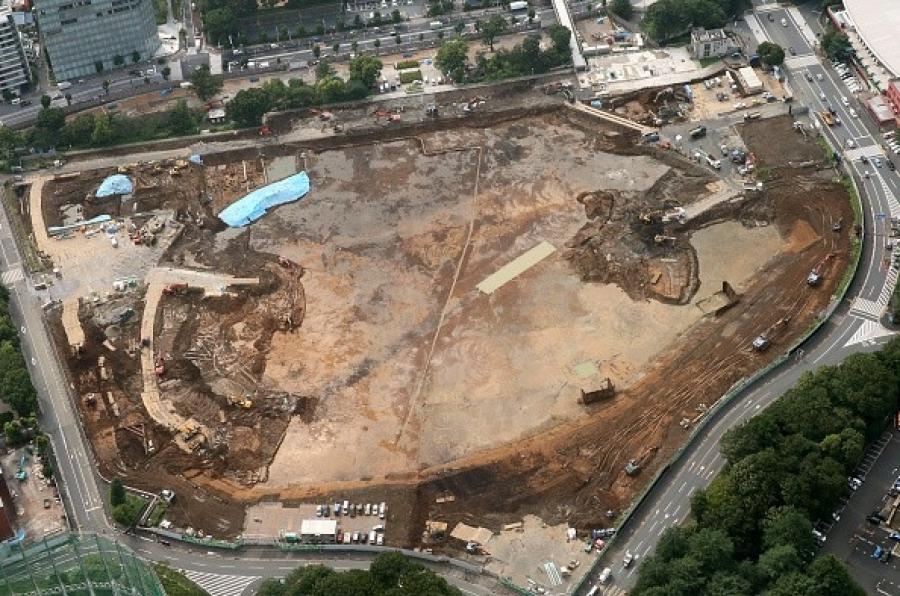 An aerial view shows the planned construction site for the new National Stadium for 2020 Tokyo Olympics.

TOKYO (AP) - The head of a Tokyo government cost-cutting panel has criticized 2020 Olympic organizers for not cooperating on recommendations designed to reduce spiraling expenses for the games.

The panel has said the cost of the Tokyo Olympics could exceed $30 billion _ four times the initial estimate - unless drastic cuts are made.

One suggestion was to move the rowing and canoeing venue to an existing facility in Miyagi prefecture, 400 kilometers (250 miles) north of Tokyo. That came after the projected cost for the original Sea Forest venue on Tokyo Bay soared to nearly 50 billion yen ($480 million), seven times the initial estimate.

Tokyo organizers countered by saying moving to Miyagi could actually drive up costs as that venue lacks Olympic-standard infrastructure.

“They (The organizing committee) have not come to the point where they are cooperating in specific ways to carry out an investigation of the venue together with Miyagi prefecture,” panel chairman Shinichi Ueyama said during a press conference at the Foreign Correspondents' Club of Japan.

Calling Tokyo 2020's rejection of the Miyagi site “unfair”, Ueyama said it's the only realistic out-of-town alternative to the Sea Forest venue, considering the time needed for additional construction and other preparations.

The relocated venue would require up to 20 billion yen ($190 million) in construction costs to meet Olympic standards. Additional costs related to security, transportation and other infrastructure could add up further. An earlier cost estimate for the Naganuma site was 35 billion yen ($330 million).

The city panel also proposed scaling down planned new venues for volleyball and swimming, and ht possibility of moving volleyball to the nearby city of Yokohama and building a smaller venue for swimming.

Ueyama also criticized the lack of financial accountability in the way the organizing committee was put together, comparing it to a company with no CEO or CFO.

While Ueyama said there are leaders in similar roles within the organizing committee, the Tokyo Metropolitan Government and the Japanese Olympic Committee, there is not one within the coordination committee that brings the various parties together.

“There is nobody who plays the role of a CEO or a CFO,” Ueyama said. “If you compare it to a regular company there is nobody serving in that functional role.”

The panel recommended that the Tokyo Metropolitan Government, which will contribute the majority of finances, should serve in the role of CFO jointly with the organizing committee.

The organizing committee has yet to release a budget for the games, something which Ueyama urged them to do as soon as possible.