Too Much Oil … Not Enough Pipelines

Analysts warned that by the end of 2017, crude oil exports from Canada will actually exceed the export pipeline capacity. 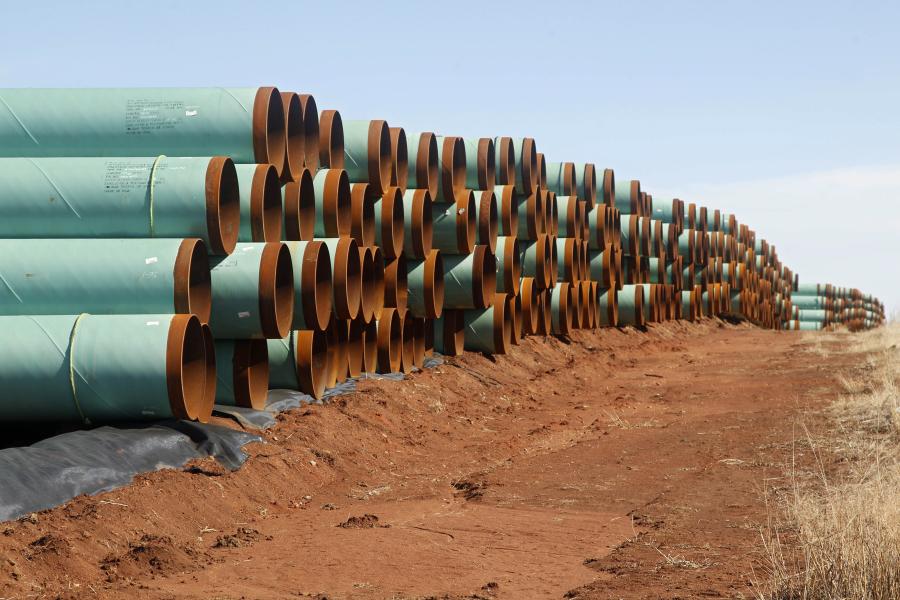 Despite the imperfections of pipelines, they are substantially safer than railways when it comes to moving crude oil. (AJC Political Insider photo)

Canada's problem with its oil pipeline capacity is becoming increasingly serious as opposition to new pipelines is growing in intensity. The situation will only worsen in the coming months as production continues to grow.

President Donald Trump also approved a crucial new pipeline project that was shelved by his predecessor: the 830,000-bpd Keystone XL that has been the target of vocal environmentalist and Native American opposition for years.

Together, the two pipelines would relieve the pressure on the existing pipeline network, but there is just one problem: the expanded Trans-Mountain will take two years to become operational. For Keystone XL, there is no deadline yet. In the meantime, Canadian exporters are resorting to increased shipments by rail to their biggest client, the United States.

The situation is ironic for environmentalists: their opposition has been a major stumbling block for pipeline capacity expansion, both in Canada and the U.S. Yet, a survey from Fraser Institute has revealed that, despite the imperfections of pipelines, they are substantially safer than railways when it comes to moving crude oil.

Common sense supports the findings: if nothing else, pipelines can't be derailed or crash into another pipeline.

This past March, railway shipments of Canadian crude oil hit an 18-month high, reaching 155,655 bpd. This was a 52-percent annual increase, highlighting the gravity of the pipeline capacity problem. A month later, the Financial Post recalled in a May story, IHS analysts warned that by the end of the year, crude oil exports from Canada will actually exceed the export pipeline capacity.

Now, a fresh report from Morningstar has repeated the warning. “Given that no new crossborder pipeline capacity is expected on line before 2019, we expect Canadian crude-by-rail traffic into the United States to continue growing as production increases,” the analysts wrote, sounding an alarm for a still-recovering industry, because oil by rail is not just more dangerous than oil by pipelines, but also costlier.

The National Energy Board of Canada forecasts that this month, total crude oil production in Canada will hit 4.03 million barrels daily. Then output will dip to around 4.01 million bpd over July and August, before rebounding to 4.08 million bpd in September. In the meantime, it's anyone's guess where international prices will be three months from now. If they are still below US$50 that would be bad news for anyone having to pay for the transportation of crude by rail.

At the same time, some are preparing for the flourish of oil shipments by rail. Early this month, USD Partners, a company affiliated with Goldman Sachs through its parent USD Group, announced the acquisition of an oil terminal in Oklahoma. The terminal will receive shipments by rail of crude oil from Western Canada and will then feed it into a pipeline that will carry it to Cushing. The route is the same as that of Keystone XL.

Could oil by rail become a growth business segment in North America? It's very possible, at least in the next few years or however long it takes for Keystone XL to go from project to finished product. It may never do this, by the way, as opposition continues relentlessly. In that case, oil by rail has a pretty bright future.