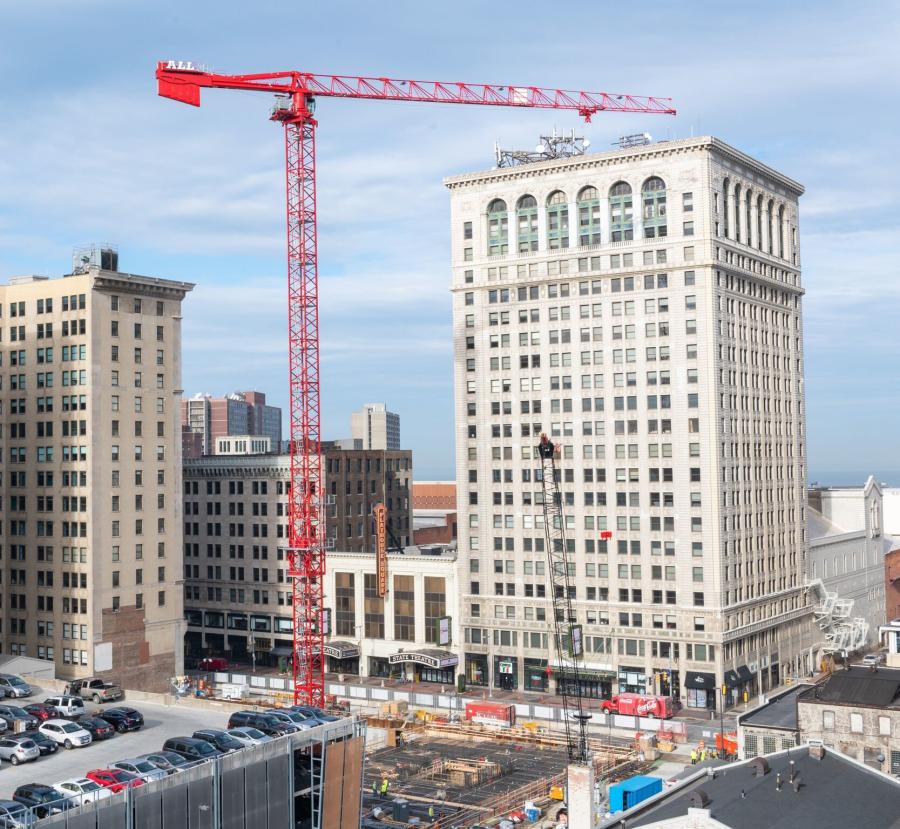 Ichabod’s job is to pick any and all heavy materials needed to advance construction, including concrete, glass and building facades.

There's a new social media celebrity hailing from the shores of Lake Erie. He's tall, rugged, and hangs out with the live theater crowd near the bright marquee lights.

Perhaps you've heard of being "internet famous," the sudden swell of celebrity that rises up around something that is shared mainly over social media. In one of the more unusual examples of being internet famous, the tower crane being used to construct a new 34-story apartment high-rise in Cleveland's Playhouse Square district has captured the zeitgeist. Rising high above a one-acre parcel of land, the crane stands out amidst this stretch of theaters, famed as the country's largest performing arts center outside of New York.

Locals nicknamed it "Ichabod the Crane," after the main character in Washington Irving's story "The Legend of Sleepy Hollow." It also has its own Twitter page. "Ichabod" tweets about construction progress, weather conditions, and shares lots of pictures of the project site.

"That's a great thing about being involved in a project in the theater district; people really embrace it and take pride in it," said Sam Moyer, general manager for ALL Tower Crane, a member of the ALL Family of Companies.

Vital statistics on Ichabod? It's a Manitowoc Potain MDT 389 — a brand new line, just introduced in 2018. It is one of four in the ALL Tower fleet. Height and weight fluctuate, depending on how high it's climbed and what it's lifting at any given time, but Ichabod will have a final hook height of 460 ft., weighs over 350,000 lbs., and can lift more than 35,000 lbs.

The crane arrived at the construction site at 17th and Euclid in October 2018 and, like other celebrities, kept a low profile initially — making its entrance in the wee hours. "That's a very busy corridor, so we could only shut down the roadways in the dead of night," said Moyer. "So at 3 a.m. on Oct. 6, we trucked it in during a coordinated street closure, scanned the ground, brought out the assist crane, and had it assembled by 6 o'clock." When downtown Clevelanders were arriving for work the following Monday, there was a new feature on the horizon — one that would soon capture attention and steal some hearts.

Ichabod will be the star of the project through 2019. The $135 million apartment building — the largest residential construction project in Cleveland in decades — will be called the Lumen and is slated to open in 2020. It will contain 318 units and stand nearly 400 feet high. Ichabod's job is to pick any and all heavy materials needed to advance construction, including concrete, glass and building facades. 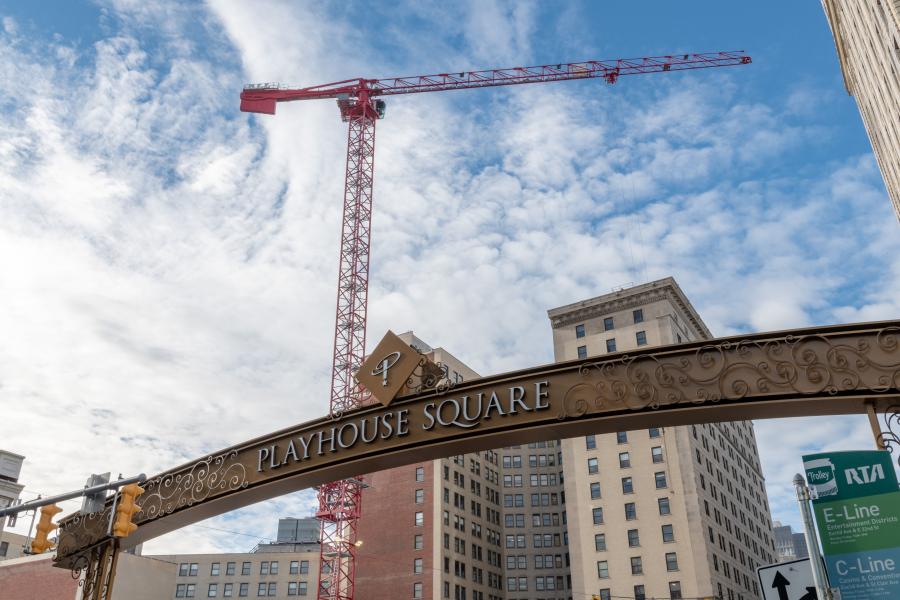 The crane arrived at the construction site at 17th and Euclid in October 2018.

Gilbane, Inc., is the general contractor on the job. Donley's, a longtime ALL Crane customer, is providing the precast concrete and sought out ALL Tower Crane to supply the now-famous tower for the construction site.

Moyer is amused by the crane's internet fame. ALL Tower does not manage the Twitter account, but Moyer has visited it and appreciates the ways the crane is being showcased.

"I've been to the Twitter account, and it's very creative," said Moyer. "It's getting followed by people in theater district. There are even some younger followers, which is bringing awareness of our industry into that age group, and that is always cool to see. I've never seen anything like it. It speaks to the nature of that project. Things in the theater district take on a life of their own, and we're glad to be a part of it."

After the curtain falls on the Cleveland project, Ichabod will likely move on to another engagement in another of the dozens of markets served by ALL Tower. Just like an actor, it's a vagabond sort of life for a tower crane. You go where the work takes you.