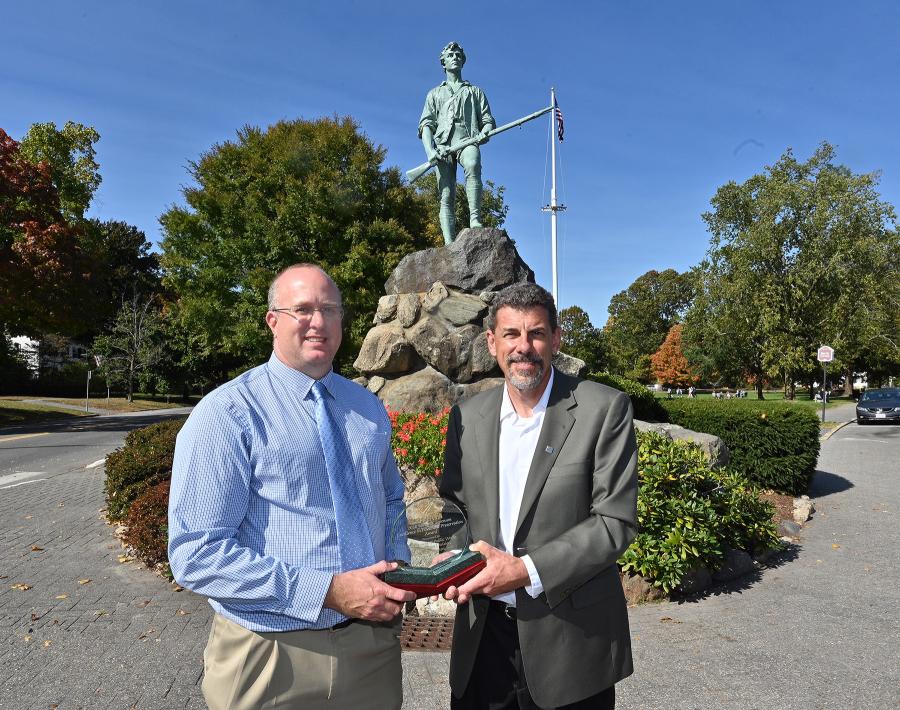 The Town of Lexington, Mass., has been honored with FP2's James B. Sorenson Award for Excellence in Pavement Preservation for 2020.

The award was presented in October 2020 at the Lexington Battle Green to John Livsey, town engineer, by FP2 President Scott Bergkamp. Lexington Green was site of the first armed confrontation of the American War for Independence, where the "Shot heard around the world" was fired.

Lexington was nominated for the award by indus, formerly Sealcoating Inc., of Braintree, Mass., in partnership with Lexington.

The Sorenson Award is presented by FP2 to recognize superior pavement preservation practice, usually to a city, township, county or state agency. The deadline for entries for the year 2021 is July 1, 2021.

"The application submitted was judged to be exceptional and indicated the commitment that the town and its staff have made in keeping good roads good, and engaging the traveling public in Lexington with the benefits of their program," said FP2 executive director Jim Moulthrop. "Their activities to make constituents aware of the benefits to be accrued using preservation are to be commended."

"If you have less money, if your budget is being cut, or even just not being increased, it's the best time to perform preservation," said Livsey. "The less you have, the more critical it is to really stretch your dollars and make sure that the better condition roads just do not slip." 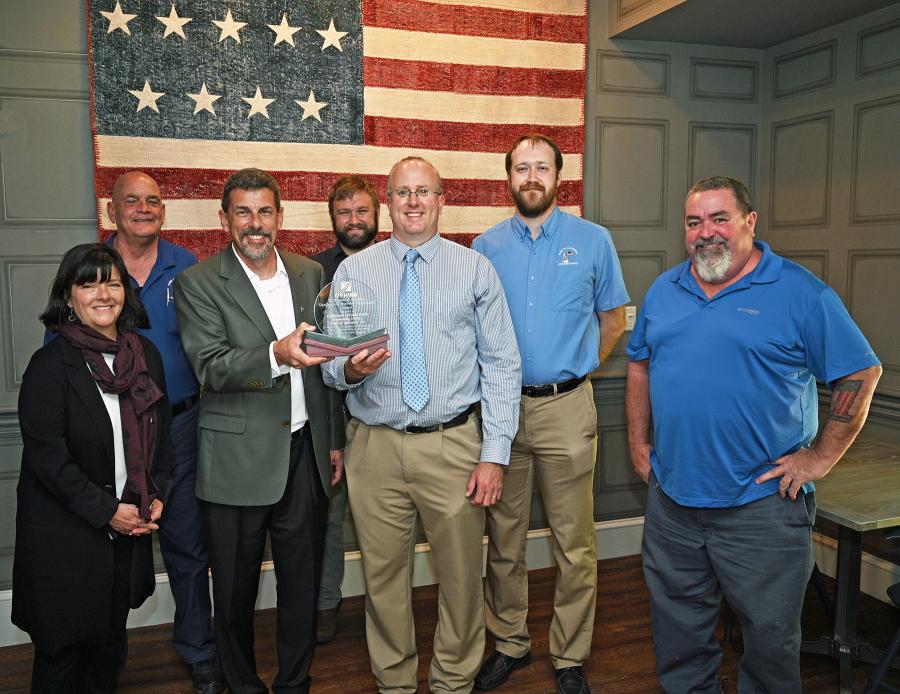 The Town of Lexington met all four of four criteria for an award-winning program, the award committee decided.

Starting with a network pavement condition index (PCI) of only 68 ten years ago, the town's board of selectmen accepted the engineering department's goal of attaining an average PCI in the mid-80s. Since then the town's Capital Expenditures Committee has support the program and its proposed budget every year.

With the number of resident complaints going down, and the number of "thank you" e-mails going up, Lexington leaders are pleased with the growing public support and appreciation for their pavement management efforts. Internally, town employees also have embraced pavement preservation as the new and right way to responsibly manage the community's most valuable physical asset.

Most funding was spent doing hot mix asphalt (HMA) mill-and-fill, and full depth reclamation (FDR), and any remaining funds were used for crack sealing. Today, with the adoption of a more optimized pavement preservation approach, the Town of Lexington utilizes as many as eight different treatments, each appropriate at different points in time as an asphalt pavement deteriorates.

To utilize each of these repair and maintenance tools effectively, Lexington is committed to keeping the data in its pavement management system live and up-to-date. The current condition rating of every road segment is estimated annually, including the severity and extent of pavement distresses.

The pavement management program matches the most suitable treatment strategy to each road segment based on these condition ratings, and the engineering staff then works with local trusted contractors to confirm and fine-tune the software's recommended treatment solution for each road.

Of the more than 200 road owner agencies indus works for each year, Lexington's public notification process is by far the most comprehensive, and is a big part of why their pavement preservation program has been so successful and accepted by the community.

Lexington's outreach program answers not only the "where" and "when" questions residents want to know to minimize the construction inconvenience, but also answers the "what" and "why" questions people often have when they see different, non-traditional paving methods being used.

At the start of each construction season, residents with property abutting every road being improved receive a letter and a map detailing all the treatments the town has planned for that year.

Reducing user delays is paramount to public acceptance of pavement preservation treatments, and Lexington is unique in that it goes to extraordinary measures to achieve this goal.

Aside from some of the communication techniques described above, other measures include performing treatments in school zones at night whenever schools are in session and using its Twitter feed to provide updated construction schedules and detour maps to affected motorists.

The real uniqueness of the Lexington program, according to the judges, is the success it's achieved in a relatively short amount of time. Some of the documented tangible benefits of their commitment to pavement preservation have been:

Having accomplished its goal of 10 years ago of reaching an average network PCI in the mid-80s, Lexington has determined it could cut its annual pavement management budget by about $1.2 million and still retain this high average PCI by simply practicing pavement preservation and staying focused on keeping good roads in good condition.

But with residents overwhelmingly supportive of the road program, and excited about the progress made, town leaders have opted to keep the current budget steady and continue to improve their average condition rating. 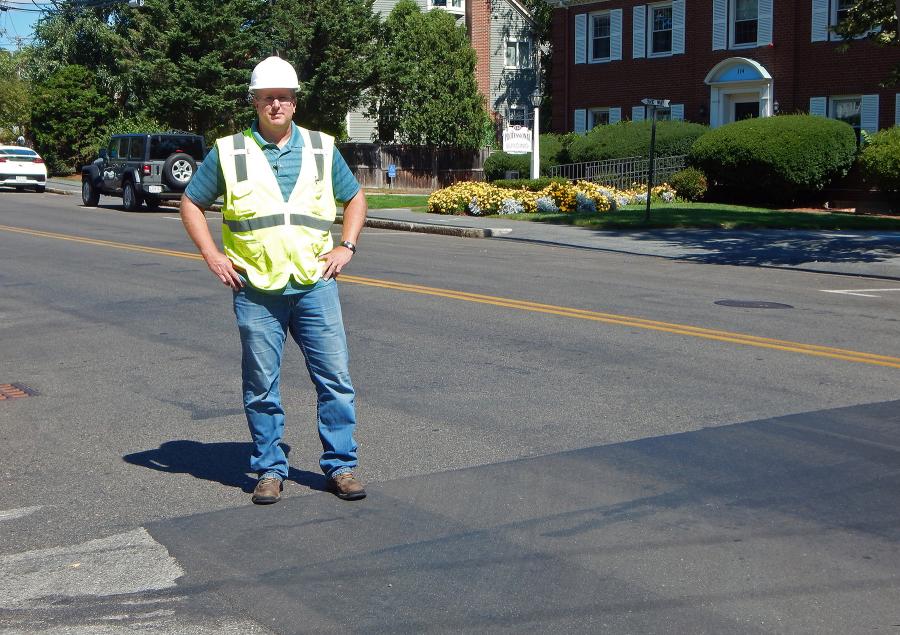 FP2 Inc. is a non-profit trade association organized under the Internal Revenue Code Section 501(c)6, and is supported by the pavement preservation industry, contractors, material suppliers and equipment manufacturers. 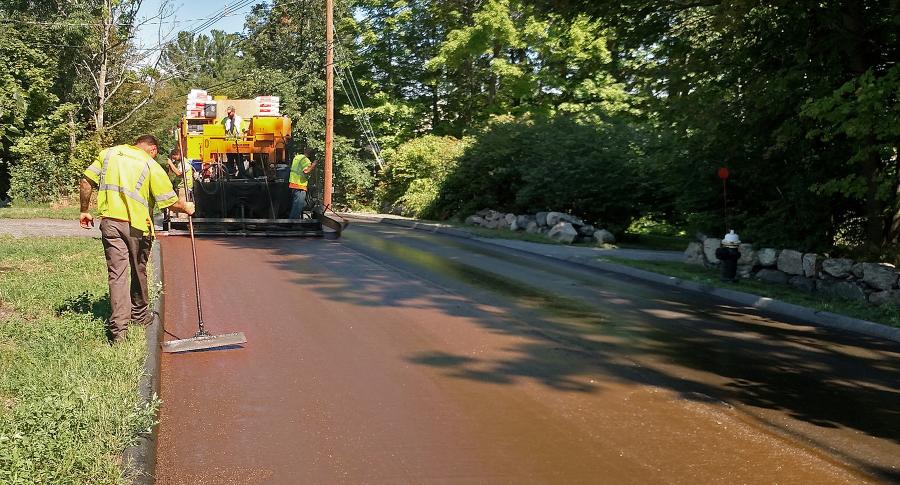