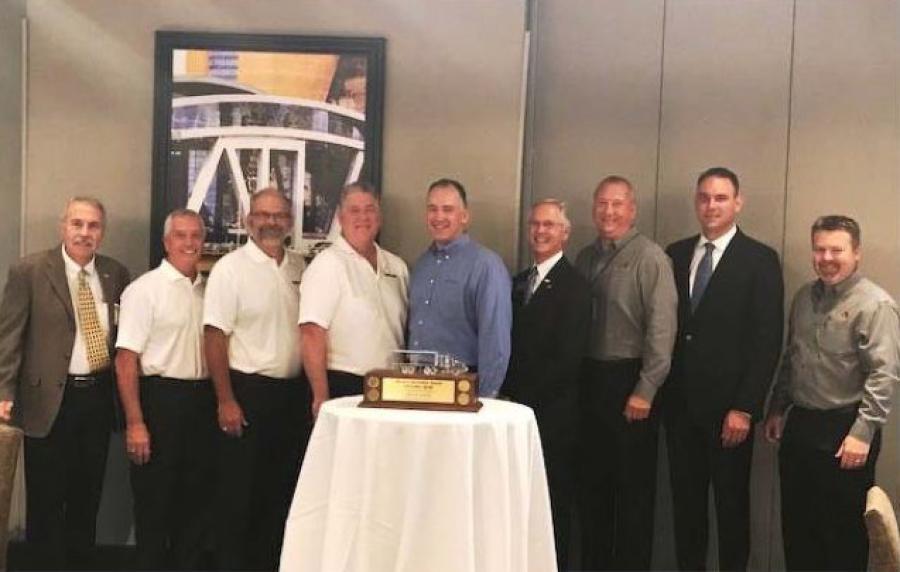 “The business to business concept of this inaugural show allowed our sales team more opportunity for one on one time with dealers and customers. We were able to showcase our flexibility and strength in trailer offerings for the commercial market,” said Barry Freifeld, director of sales.

While exhibiting at the North American Commercial Vehicle Show, Trail King accepted an award from Pressure Systems International. Trail King installed 286 Meritor tire inflation systems by PSI on trailers in 2016. The 13.6 percent utilization level of PSI systems is the highest among all of PSI's vocational and specialty trailer customers. As a result of this achievement, Trail King earned the 2016 PSI Vocational Customer Excellence Award. The award was presented at a breakfast reception and will be on display at the Mitchell, S.D., headquarters.