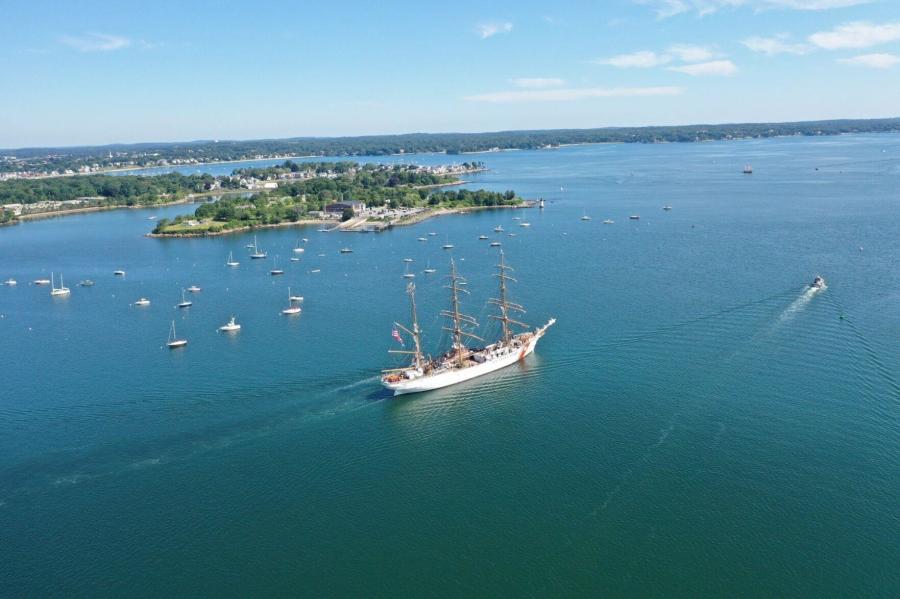 Hopes are that a multi-million-dollar effort to dredge Salem Harbor will help usher in a transformation of the city's port.

That includes more than $20 million coming to Massachusetts and $2.95 million for dredging Salem Harbor.

The cash comes as Salem has seen an increasing use of its port. Prior to the pandemic, cruise ships moored to the deep-water berth by Salem Harbor Footprint a few times a year, dropping off hundreds of tourists downtown during tourist season, and triggering U.S. Department of Homeland Security protocols along Derby Street, the Salem News reported.

In part, this is due to the harbor's complete lack of "air-draft restrictions," obstacles over the water like bridges and overhead wires that would otherwise ensnare or prevent the passage of large craft, he explained.

"If you anticipate you're going to be increasing your traffic with these vessels that require the 32-foot controlling [surface to ocean floor] depth, you want to make sure that you maintain that level," McHugh added. "That's what this funding will do."

Dredging involves vessels scraping the ocean floor to remove hazards like sand dunes that form because of storms, ocean currents and tides.

The planned dredging will be within Salem Harbor, focusing on the federal channel that passes between the Bakers and Misery islands, according to McHugh.

"Salem traditionally maintains its depth very well, but as you can imagine, [if] you look at the coastal storms and tidal exchange, we're dealing with a lot of soft material," he explained to the Salem News. "It isn't a tremendous amount that's filled in, but it's over certain areas."

Many of the dredging project's specifics — including a precise timeline — are not yet known. He expects the work to occur at some point in 2022.

News of the USACE's plan to take on the harbor dredging was celebrated by Salem Mayor Kim Driscoll, whose port is suddenly transforming as her 16th year in office begins.

"This major infrastructure investment in our community will enable essential dredging work to take place as we prepare Salem's deep-water port for the next generation of our maritime economy, from visiting passenger vessels to the growing offshore wind industry," Driscoll said in a statement.

"This substantial infusion of federal dollars will help fuel the continued growth and prosperity of our vibrant waterfront and of our community."

Salem Harbor was not the largest federal cash grant announced for Massachusetts.

A combined $9.3 million has been committed to dredging the Essex River and Wareham Harbor, while the Newburyport Harbor also is getting a substantial dig, with $2.5 million pledged from the USACE.

Salem resident and U.S. Rep. Seth Moulton expressed his happiness with the infusion of federal funds for the commonwealth when he commented to the News, "with almost $10 million worth of funding for dredging in waterways like Newburyport and Salem harbors, the impact these funds have will be felt by communities across the Sixth District, and I look forward to seeing progress in these projects."