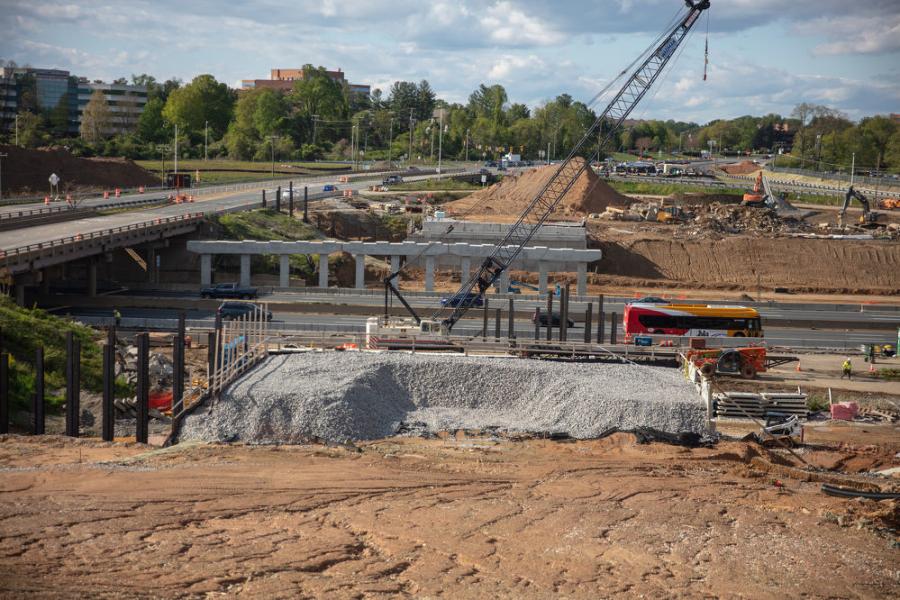 Seen here is the future alignment for the new Route 123 bridge. (VDOT photo)

"The Transform 66 Outside the Beltway project is needed to address existing and future transportation problems within northern Virginia and the greater Washington, D.C. region," said Michelle Holland, communications manager of Virginia Department of Transportation (VDOT) Northern Virginia Megaprojects. "The project is intended to improve multimodal mobility along the I-66 Corridor by providing diverse travel choices in a cost-effective manner. The improvements will enhance transportation safety and travel reliability. Annual daily traffic volumes along the busiest stretches of I-66 are approximately 200,000 vehicles per day." 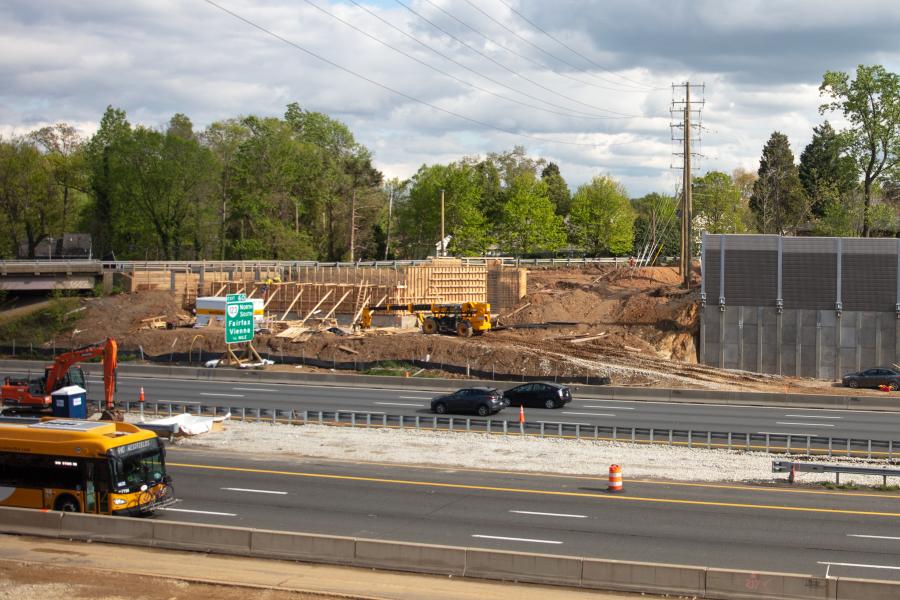 Improvements include more than 22 mi. of new express lanes alongside three regular lanes on I-66 from I-495 to University Boulevard in Gainesville and faster trips on I-66 due to dynamically-tolled express lanes that will be available to solo drivers who choose to pay a toll, and free to vehicles with three or more individuals. Other benefits will include new and improved bus service and transit routes, expanded park and ride lots providing convenient access to the express lanes and more than 4,000 new park and ride spaces. Crews also are making interchange improvements to enhance safety and reduce congestion, including auxiliary lanes between interchanges, where needed. In addition, 11 mi. of new bike and pedestrian trails will be offered. 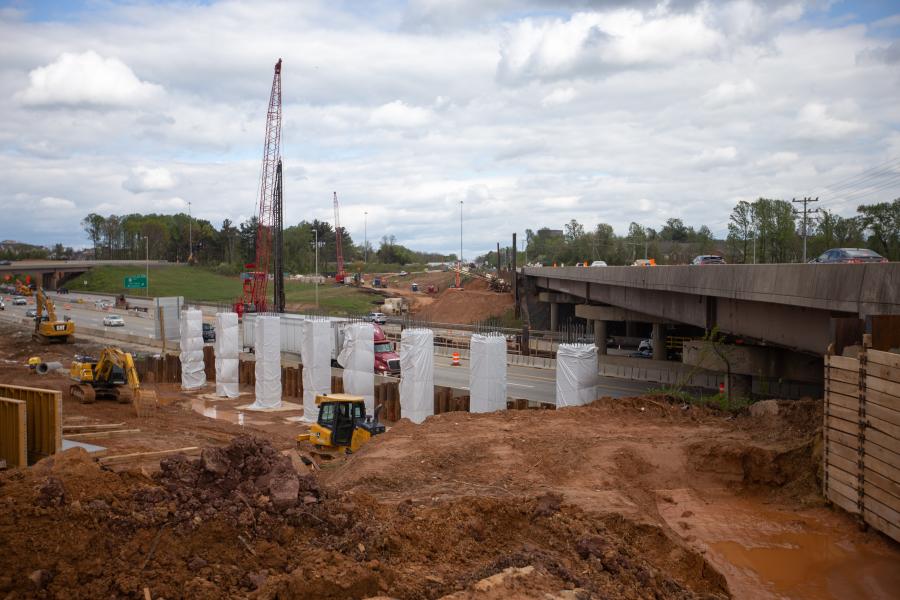 There will be a flexible barrier with a buffer separating the express lanes from the general purpose lane, and a median for potential future transit with auxiliary lanes, if needed. The overall project includes 12 interchanges 63 bridges and overpasses, 3.1 million tons of asphalt, 57 million lbs. of steel, more than 300 pieces of heavy equipment, 2.2 million sq. ft. of sound wall, 2.3 million sq. ft. of retaining wall, 4,000 new park and ride spaces and more than 18 mi. of new bike trail.

Holland said it's extremely satisfying to see work progressing on the project.

"Every day something is changing or new along the I-66 Corridor, due to the amount of construction that is happening. It's exciting to see the progress and efforts that are under way to transform travel and provide new travel options for the northern Virginia region.

"Extensive efforts to engage and inform the community have been a hallmark of the Transform 66 Outside the Beltway Project. Input from the community and key stakeholders throughout the project's planning and development process helped to shape the project that is being built today. VDOT and its partners are committed to keeping everyone informed throughout all phases. We have a dedicated communications team that works daily to inform and address community needs."

"The construction team does its best to minimize the impact of activities on traffic, but drivers are advised to expect to find additional traffic congestion and safety challenges throughout the I-66 Corridor, both during rush hour and off-peak trips. VDOT and the project team have invested in a broad range of programs to help commuters and others stay mobile and safe during construction.

"Generally, construction-related lane closures are not allowed on I-66 during peak travel times. Single-lane closures are allowed during daytime, non-peak hours. Much of the work, such as bridge beam lifts and demolition over I-66, must occur during nighttime hours as it takes place over I-66, and requires multiple lanes of I-66 to be closed. This type of traffic-impacting work must occur when traffic is lightest and multiple lanes can be shut down on I-66." 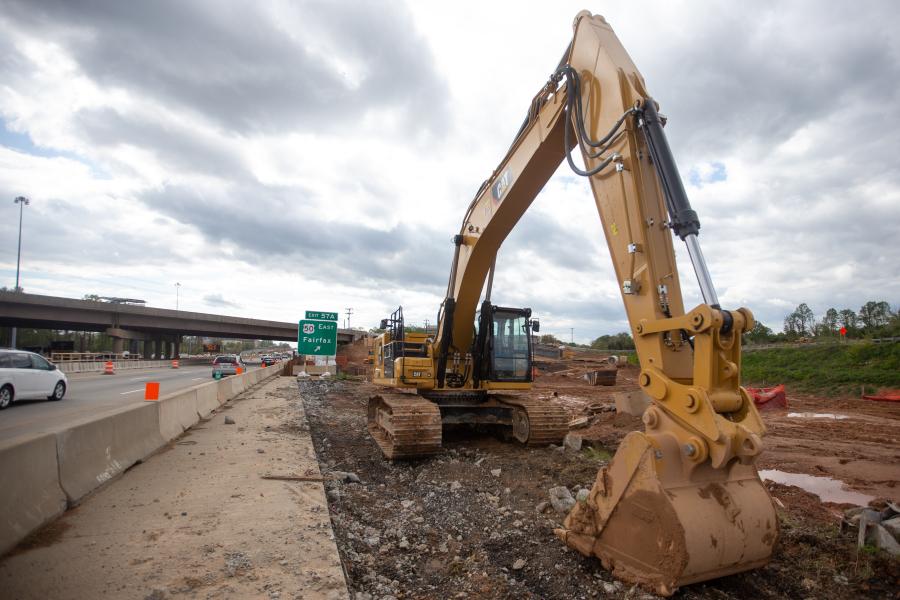 Since the COVID-19 pandemic, traffic volumes have been lighter, and VDOT was able to provide the contractor with greater flexibility in extended lane closures.

"This flexibility has helped construction to progress. VDOT monitors traffic volumes and commute patterns daily and makes adjustments to any extended lane closure provisions as needed."

Replacing all the bridges, including several over the Metrorail (Vaden Drive, Cedar Lane, Gallows Road and new ramps at I-495), also is a major undertaking. In addition, the eastern half of the project is being built in an urban area and already developed suburb with adjacent neighborhoods. Extensive utility relocations are always a concern for crews working in this type location.

As for construction already completed, Holland said, "The focus has been on shifting traffic to the inside of the roadway while work occurs on the outside. Once construction on the outside of I-66 is completed, traffic will be shifted to the outside, so that crews can rebuild the inside lanes and create the new express lanes. Construction activities have included extensive utility relocation, noise wall demolition, small charge blasting to remove adjacent and underground rock and demolition of bridges." 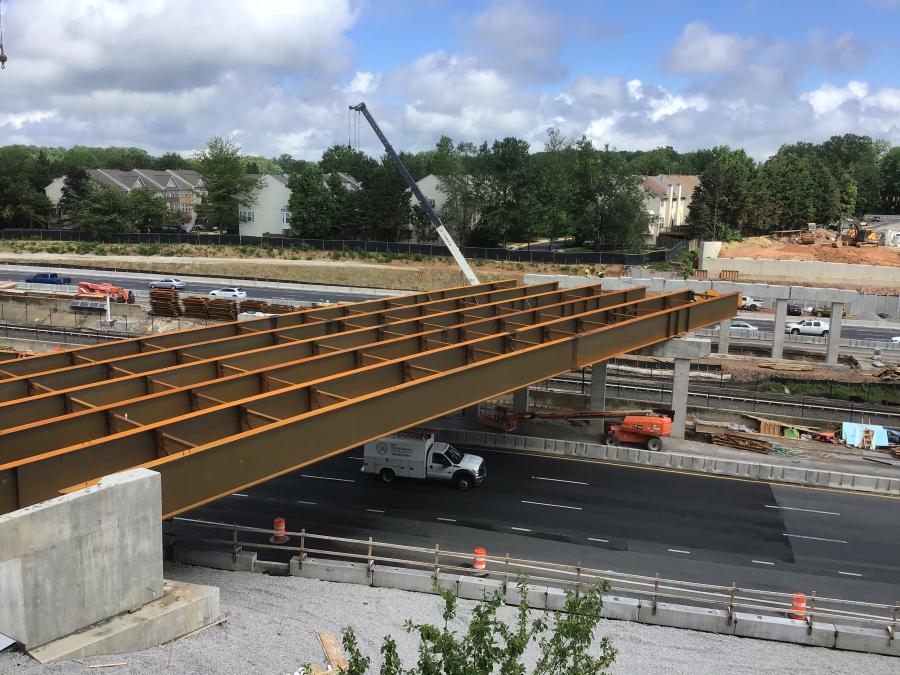 Noise wall and retaining wall construction is progressing, with some sections complete. Box culverts have been built for both drainage and the shared-used path and connections. According to Holland, noise wall design and construction generates probably the most intense interest from adjacent residents and communities during the project's planning phase and during construction.

"The final noise analysis that shows detailed evaluation of whether noise walls are warranted, and the maps of where new noise walls will be built, are made available to the public on the project website. Most residents are interested in the timeline for replacement of their specific walls, including replacement of existing walls and construction of new walls. Schedules of the noise walls vary, but once the design-build contractor removes an old noise wall, our technical requirements in our project agreement requires that they replace it with the new noise wall generally within eight months, and must show continuous work during this timeframe."

The shutdown of the Cedar Lane bridge over I-66 for roughly six months will have an impact on motorists in the area. Cedar Lane traffic will be detoured to Gallows Road to cross I-66 during the closure. This includes bicycle and pedestrian traffic, as well as Fairfax Connector bus. The project has worked with Fairfax County and the town of Vienna to monitor and address concerns about increased cut through traffic.

As part of the demolition, crews used excavators with hoe rams, pinchers and crushers to remove concrete. Reinforcing steel and steel beams were removed with excavators and cranes. Steel was hauled away to be recycled. Concrete was crushed both onsite and offsite (to reduce nighttime noise for project neighbors) to be recycled. Some recycled concrete is being used elsewhere within the project.

As for construction of new bridge abutments and piers, Holland said demolition and construction adjacent to Metro and the travel lanes has presented challenges. 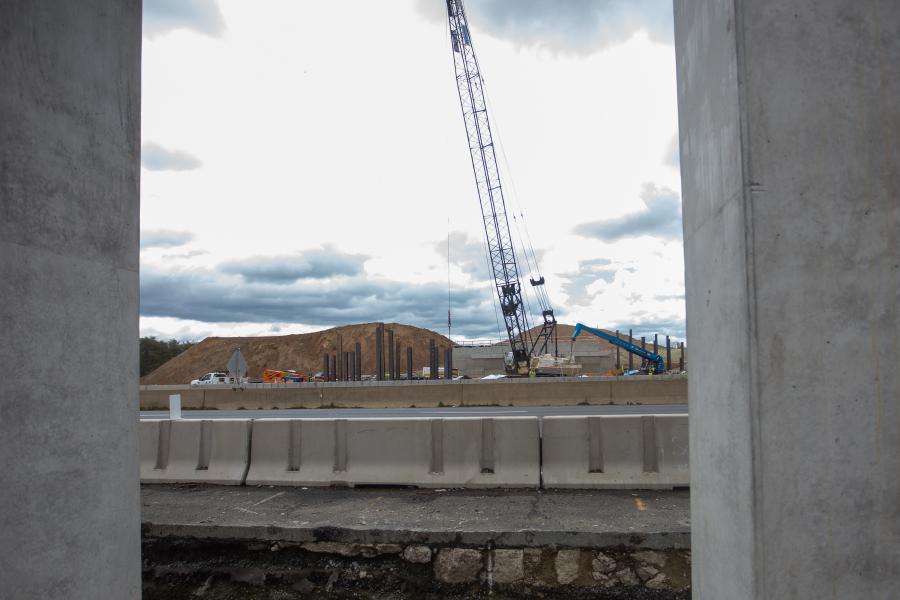 "Metro's tracks need to be protected from debris and can make it harder to place machinery to perform work. The project benefited from the planned Metrorail Orange Line closure for major maintenance during summer 2020. Additionally, the project design for the new bridge and pier construction needed to accommodate the future express lanes and space needed for the Orange Line."

Excavation for the new north bridge abutment was straightforward.

To date, weather has not been a major issue.

"We have been fortunate so far to have had two winters with very little snowfall that impacted work," said Holland. "We had record rainfall for the year in 2018, which impacted work. This summer we had the most 90-plus degree days in July that D.C. has ever had, followed by Tropical Storm Isaias. But weather delays are expected and planned for in the world of construction."