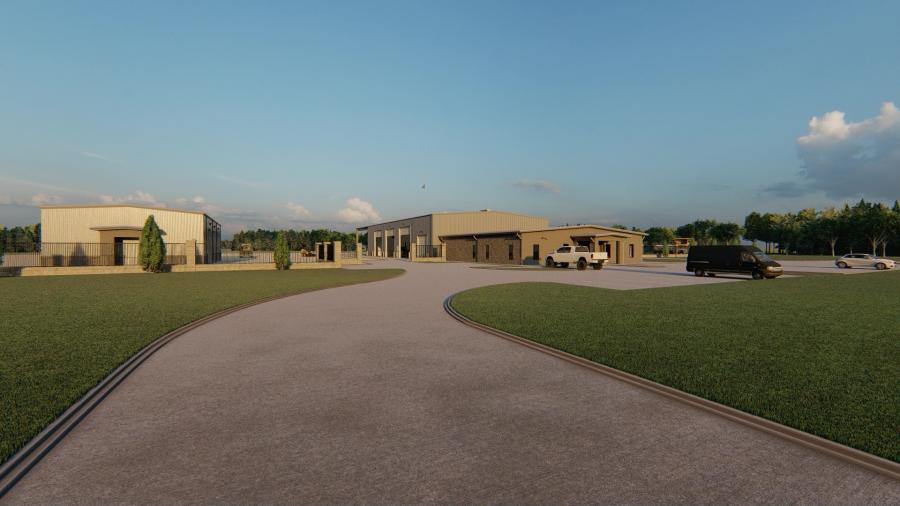 The new building will have a total of eight service bays, each with 22-ft. by 22-ft. access doors, a 5,000-sq.-ft. office and a parts storage building.

Trophy Tractor recently broke ground on what will be a 28,000-sq.-ft. facility on 13 acres in Burleson, Texas.

Demand for Trophy's huge rental fleet of earthmoving and mining equipment has grown exponentially over the past few years resulting in the need for the upgraded facility, according to Jeff Miller, the company's president.

Tarrant Construction Services of Fort Worth will act as general contractor of the project.

Trophy opened in 2010 after the successful asset purchase of Miller's former employer. Trophy has been selling and renting used equipment since then from its current yard in Grand Prairie.

Miller said his company maintains a fleet of approximately 200 machines at a value of $25 million to $30 million.

The new building will have a total of eight service bays, each with 22-ft. by 22-ft. access doors, a 5,000-sq.-ft. office and a parts storage building. "The goal," according to Miller, "is to be able to handle an even larger inventory of equipment and do so more efficiently, resulting in even less downtime for our customers."

"Mechanics want to work in 70 degree temperatures, not 105," he said, adding that he knows of only one other climate controlled shop in the DFW area.

Trophy currently employs six technicians but intends to increase that number in Burleson. The sales and rental departments also will add one person each, along with a rental coordinator and additional office staff.

The land and buildings represent a $6 million investment for Trophy.

Miller attributes his company's growth to its' willingness to stand behind the equipment it rents and sells. "We have built a reputation over the years and buyers know we'll make it right when necessary. As our motto states, ‘Dependability, Truth, Integrity. PERIOD.'"

Trophy's fleet consists of 95 percent Cat equipment, along with one of the largest Klein water equipment fleets in the country. The vast majority of the fleet is less than three-years-old.

Miller is bullish on the future of construction in Texas and said "we are going to be here for the long run."

The company serves mines, quarries and contractors around the world while maintaining a multi-million dollar inventory of new, low hour and reconditioned equipment.