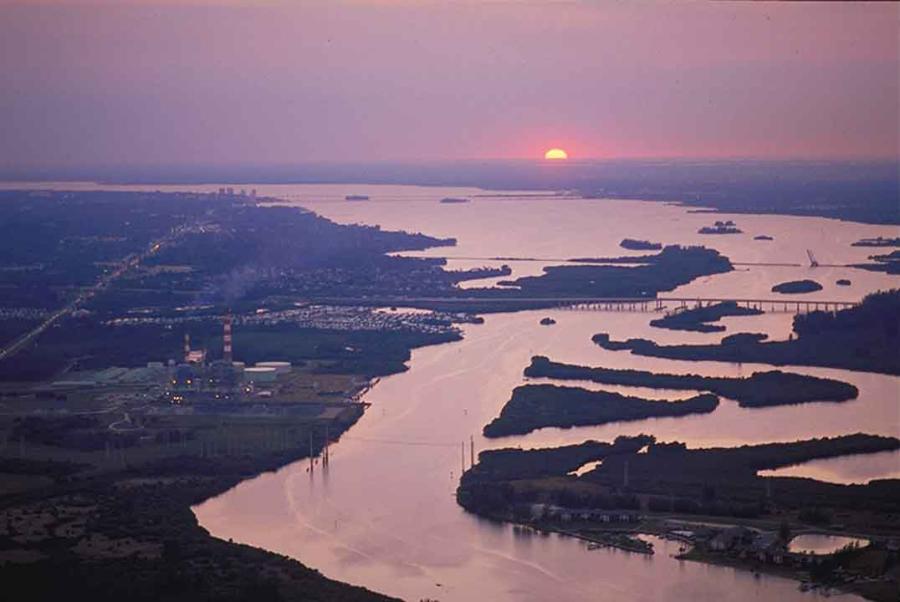 The Trump administration moved to roll back The Clean Water Act that protected more than half the nation's streams from pollution. (jacquithurlowlippisch.com photo)

WASHINGTON (AP) The Trump administration moved Tuesday to roll back an Obama administration policy that protected more than half the nation's streams from pollution but drew attacks from farmers, fossil fuel companies and property-rights groups as federal overreach.

The 2015 regulation sought to settle a debate over which waterways are covered under the Clean Water Act, which has dragged on for years and remained murky despite two Supreme Court rulings. President Donald Trump issued an executive order in February instructing the Environmental Protection Agency and the U.S. Army Corps of Engineers to rescind or revise the Obama rule, which environmentalists say is essential to protecting water for human consumption and wildlife.

In a statement, the agencies announced plans to begin the withdrawal process, describing it as an interim step. When it is completed, the agencies said, they will undergo a broader review of which waters should fall under federal jurisdiction.

“We are taking significant action to return power to the states and provide regulatory certainty to our nation's farmers and businesses,” EPA Administrator Scott Pruitt said, adding that the re-evaluation would be “thoughtful, transparent and collaborative with other agencies and the public.”

Environmental groups denounced the move, saying it would remove drinking water safeguards for one in three Americans while jeopardizing thousands of streams that flow into larger rivers and lakes, plus wetlands that filter pollutants and soak up floodwaters.

&#8220Clean water is vital to our ecology, our health and our quality of life,” said John Rumpler, senior attorney with Environment America. “Repealing the Clean Water Rule turns the mission of the EPA on its head.”

The EPA and the Army Corps said dismantling the Obama rule would not change existing practices because the measure has been stayed by the 6th Circuit U.S. Court of Appeals in Cincinnati in response to opponents' lawsuits.

The proposed repeal is the latest in a series of Trump moves to undo President Barack Obama's environmental legacy, including withdrawal from the Paris climate change accord, rescinding the Clean Power Plan that sought to curb carbon emissions from coal-burning power plants and reversing a moratorium on leasing federal lands for coal mining. Trump also has proposed deep cuts in the EPA budget.

No one disputes that the 1972 Clean Water Act allows federal agencies to regulate navigable rivers and lakes. Less certain is the status of some 2 million miles of headwaters and streams that flow only part of the year _ 60 percent of the river and stream miles in the Lower 48 states _ plus 20 million acres of wetlands that aren't directly connected to large waterways.

Under the Obama interpretation, those waters are protected. Business groups and some Republican state officials _ including then-Oklahoma Attorney General Scott Pruitt, now Trump's EPA chief _ filed suit, contending the regulation gave federal officials too much authority over waters that don't cross state lines or have a clear link to waters that are covered.

The regulation was in effect for a short period in 2015 before the appeals court issued a stay. Those legal challenges are still pending.

The rule “would have put backyard ponds, puddles and prairie potholes under Washington's control,” said Sen. John Barrasso, R-Wyo., chairman of the Senate Committee on Environment and Public Works. “I applaud the Trump administration for working to remove this indefensible regulation.”

The Trump administration's proposed withdrawal will require a 30-day public comment period, after which EPA and the Army Corps would have to consider the reaction and the make a final decision _ which likely will draw suits from groups that favor the regulation.

In his executive order, Trump instructed the agencies to redesign the rule in keeping with a 2006 opinion by the late conservative Supreme Court Justice Antonin Scalia. He interpreted federal jurisdiction narrowly, saying only “relatively permanent, standing or continuously flowing” waters or wetlands with a surface connection to navigable waterways are entitled to federal protection.