Canada has made construction of the Gordie Howe International Bridge one of its top national infrastructure projects. 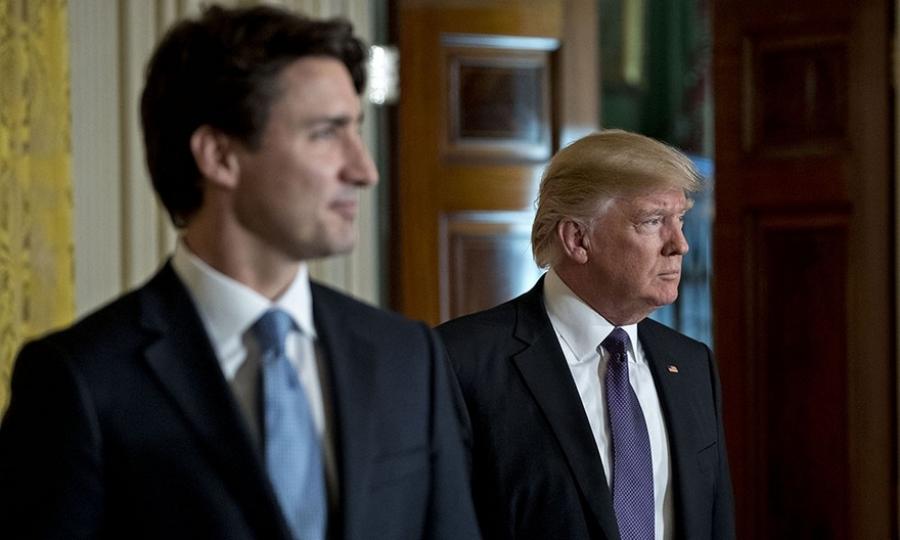 "Given our shared focus on infrastructure investments, we will encourage opportunities for companies in both countries to create jobs through those investments," Trump and Trudeau said in the statement. "In particular, we look forward to the expeditious completion of the Gordie Howe International Bridge, which will serve as a vital economic link between our two countries."

For Trump, the statement represents the strongest support the new Republican president has made about construction of a publicly owned bridge over the Detroit River.

Trump pledged to forge a "stronger trading relationship" between the U.S. and Canada during a joint news conference with Trudeau at the White House.

Canada has made construction of the Gordie Howe International Bridge one of its top national infrastructure projects.

The project is estimated to cost upward of $4.5 billion, a potential price tag that includes construction of a $250 million U.S. customs plaza in southwest Detroit's Delray neighborhood.

Canada has pledged to finance the entire cost of the project. Snyder recently lobbied Trump's transition team for federal funding for the customs plaza.

In May 2015, Harper and Snyder announced the bridge would be named after Gordie Howe, the Canadian-born Detroit Red Wings hockey legend.

Construction of the bridge is not expected to begin until late 2018 at the earliest.

In November, the Windsor-Detroit Bridge Authority issued a request for proposals to three teams of companies competing for the contract to design, build, operate and invest in the cost of the bridge under a public-private partnership. The RFP process is expected to take 18 months to complete.

Canadian and Michigan officials have been planning for construction of a second Detroit River bridge for more than a decade.

While the contracting process plays out, the Michigan Department of Transportation is in the process of acquiring land in Delray through direct purchases and condemnation.

MDOT is battling Ambassador Bridge owner Manuel "Matty" Moroun in the Michigan Court of Appeals over the legality of the project as well as Wayne County Circuit Court over condemnation of Moroun-owned land in the pathway of the bridge.

Moroun has fought construction of a government-owned bridge for years, contending it will harm his cross-border business. The Snyder administration contends Moroun is trying to protect his "monopoly" on lucrative truck traffic that can only cross his bridge in Detroit.

During their joint news conference Monday, Trump and Trudeau did not address the Detroit River bridge specifically, though the Canadian leader said infrastructure is a top priority.

"We know that investing in infrastructure is a great way to create the kind of economic growth that our countries desperately need," Trudeau said.