Work on the current project began in the fall of 2016 and is expected to be completed by December this year. 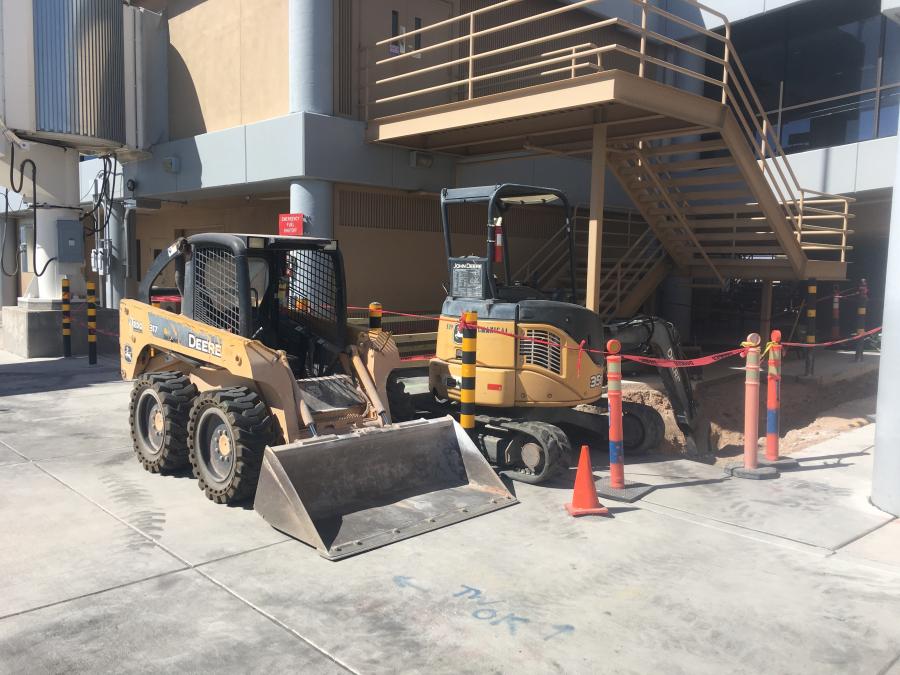 The airport was built in 1963 and has undergone several renovations.

With technology constantly evolving, there's no doubt the world is a consistently changing place. And perhaps nowhere is that more obvious than at the airport. At the Tucson International Airport, those changes are fueling a $28.3 million project aimed at making the travel experience more efficient and more comfortable.

“The airport experience today is different from 20 years ago,” said Dave Ollanik, project director of Sundt Construction Inc., the firm leading the terminal renovation. “Twenty years ago, you got to the airport, checked in, and had a cigarette and drink at the bar. Today, there's a whole different approach to the traveling experience.”

The airport was built in 1963 and has undergone several renovations, three handled by Sundt. Work on the current project began in the fall of 2016 and is expected to be completed by December this year.

“The Terminal Optimization Program (TOP), which will go by its campaign name, A Brighter TUS, includes a variety of terminal facility improvements, including relocation and improved capacity at the Security Screening Check Points, enhanced concession and revenue opportunities, the upgrade of critical building systems, and maximizing use of under-utilized space,” according to a fact sheet released by the Tucson Airport Authority. “The completed project will extend the terminal useful life and provide TUS customers with a world class experience.”

The project involves two major components, Ollanik said. “One is the enhanced security checkpoints. The biggest issue is the old equipment and the limited space that was allocated to those functions. You were squeezed into this narrow throat, very congested, long wait times. It was very inefficient. The check point has been expanded and opened up to accommodate that.”

The security checkpoints are being relocated to either end of the terminal, with checkpoints expanded from three to four lanes to improve queing. Once travelers get through security they'll find new concessionaires, a business center, children's play area and composure areas for passengers to make the necessary adjustments post-security.

“There is no square footage added,” Ollanik noted. “We eliminated some of the check-in counters. This is purely a reconfiguration of space to be more efficient. With all of the elctronic ticketing, the presence needed at ticketing gates has diminished. We repurporsed ticketing lines, and moved some offices, etc. out of the back of the house to create the composure area and new entry ramps to the terminal.”

A second component of the renovation is the increased restaurant and retail space. There's also additional windows for more natural lighting, an open design for increased visibility and new “wayfinding terrazzo,” which Ollanik describes as signage or patterns within the flooring to help direct visitors to get where they are supposed to be going.

“What you don't want is people wandering around looking lost in an airport,” he said. “It's all about being efficient. Travel can be stressful and you want to eliminate as much as that as possible. You want people to easily see where they are going. You come off the plane, where is my baggage? You walk into that ticketing area, where do I get my ticket, where do I check my bags? As much of that that you can see when you walk in the door, the better experience. It's purely customer service.”

Work crews are under a mandate to keep the terminal open during construction.

“It's hard,” Ollanik said. “We have certain stages that require off-hours work. We are briefed weekly of times and schedules of flights. When critical work has to happen we can schedule to avoid interruption of traffic coming into airport.”

Since it is a remodel, there is not a lot of need for heavy equipment, though there has been some crane work for mechanical units. Otherwise, it's primarily manlifts and forklifts on site, he said.

“The one thing that is innovative is that there are a lot of upgrades to the main distribution framework, power, security — cameras, physical security of the building; and data infrastructure —communication, fiber and coax communication throughout the building. There are MDF and IDF rooms which house all the critical systems of the airport. As the systems are replaced, we have to schedule shut downs. We are reenergizing all this equipment without interrupting the security or safety. That is by far the biggest challenge. When you have to shut something down you have to have a back up, have to have a way to maintain operability.”

One of the more fun, but challenging aspects involved incorporating “beautiful artwork” from existing checkpoints into the new lay out. The panels separated arriving and departing traffic. The architecture/engineer team was able to solve the challenge by relocating the art panels into the new checkpoint.