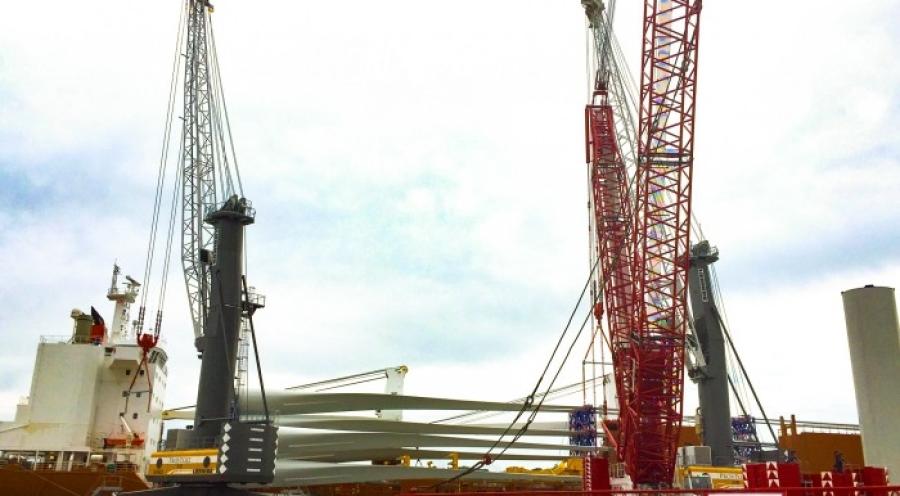 Offshore construction activities are beginning to ramp up for the Block Island Wind Farm, with the arrival of the 240-ft. (73 m) long turbine blades at Deepwater Wind and GE's assembly facility at ProvPort.

Local stevedores began offloading the 15 blades at the Providence port facility. The blades, and the tower sections already assembled there, are scheduled to travel by boat to the Block Island Wind Farm site in the beginning of August.