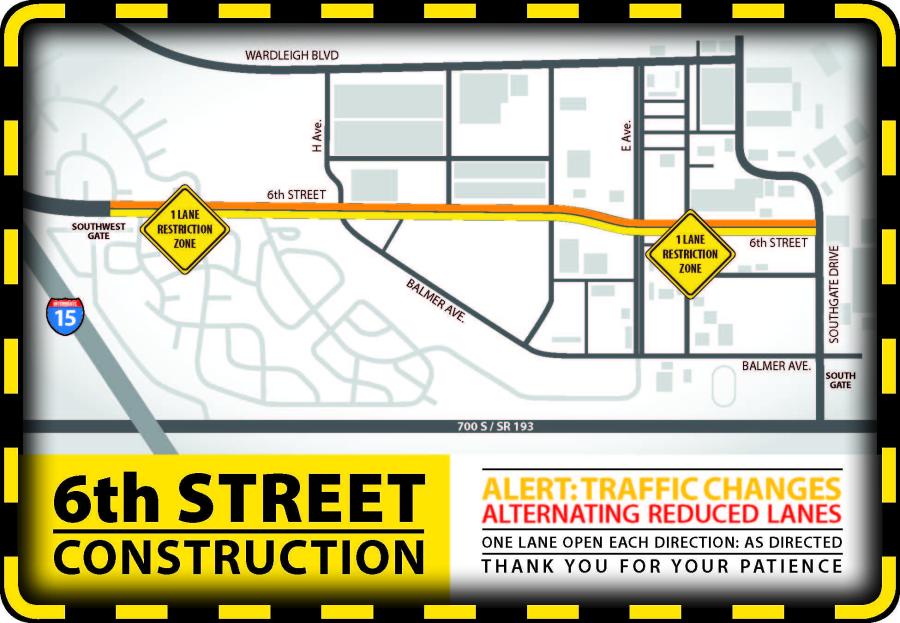 Hill Air Force Base has two road construction projects currently under way. The renovations will include excavation and replacement of asphalt along 6th Street, as well as two new traffic signals to an increasingly-busy Wardleigh Boulevard.

Excavation and replacement of asphalt along Hill AFB's 6th Street from the Southwest Gate to South Gate Drive is ongoing through Aug. 17.

All drivers are encouraged to use alternate routes to minimize traffic congestion in the area.

In addition, two new traffic signals are going up along Wardleigh Boulevard.

Base officials said the increasing volume of traffic and the safety of motorists along Wardleigh is the reason the traffic signals are being installed. There was one fatality and several near misses at these intersections in the past year.

Construction already occurred May 7 to June 15 and will resume Aug. 1 to 22 at H Avenue and Wardleigh Boulevard. Construction of the second traffic signal at Arsenal Road and Wardleigh will begin in late August.

During the construction periods, there will be times when traffic will be reduced to one lane in each direction and officials ask for everyone's patience as these much-needed safety upgrades to the installation are made.

The reductions to one lane will be intermittent, officials said, and are not likely to last for entire days.

Motorists, pedestrians and cyclists should obey all traffic laws during their commute through all construction areas, which also will help construction crews safely complete these projects with minimum delays.