The Texas Department of Transportation joined state Sen. Kirk Watson and officials with the city of Bastrop and Bastrop County at the project’s groundbreaking ceremony. 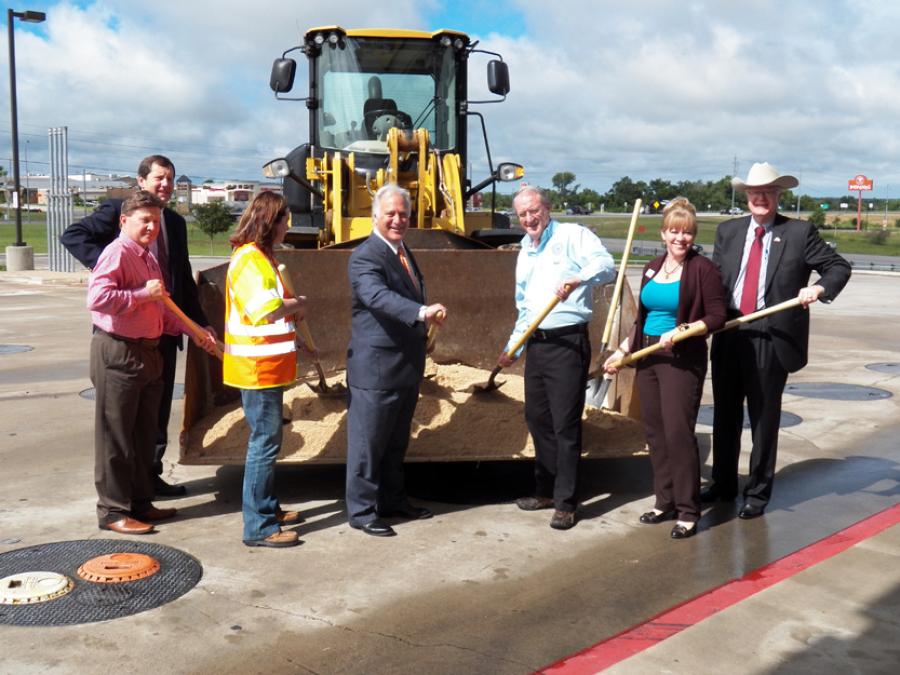 Construction is starting on a new four-lane bridge on SH 71 over the SH 95 intersection that will replace the existing signalized intersection. The Texas Department of Transportation joined state Sen. Kirk Watson and officials with the city of Bastrop and Bastrop County at the project's groundbreaking ceremony.

“The overpass at SH 95 and SH 71 will achieve the twin goals of reducing congestion and improving highway safety, eliminating a significant bottleneck for Bastrop County residents,” said Sen. Kirk Watson. “Removing the signals on SH 71 through Bastrop has been a goal for many years. I appreciate TxDOT's prioritization of this project.”

In addition to the overpass, new two-lane frontage roads also will be constructed in either direction. The $16.5 million project began in June and is expected to be complete in summer 2018.

“This is a great day for Bastrop County. This intersection is the epicenter of the commerce and industry of the county and we're pleased to have this improvement coming here,” said Bastrop County Judge Paul Pape.

“Relieving traffic congestion and improving safety is essential for our economy and our quality of life,” said Terry McCoy, Austin district engineer. “Because of support from the legislature and voter approval of Proposition 1, we had the funding to move this project forward sooner than later.”