Citizens have been driving in this new configuration since November 2015. 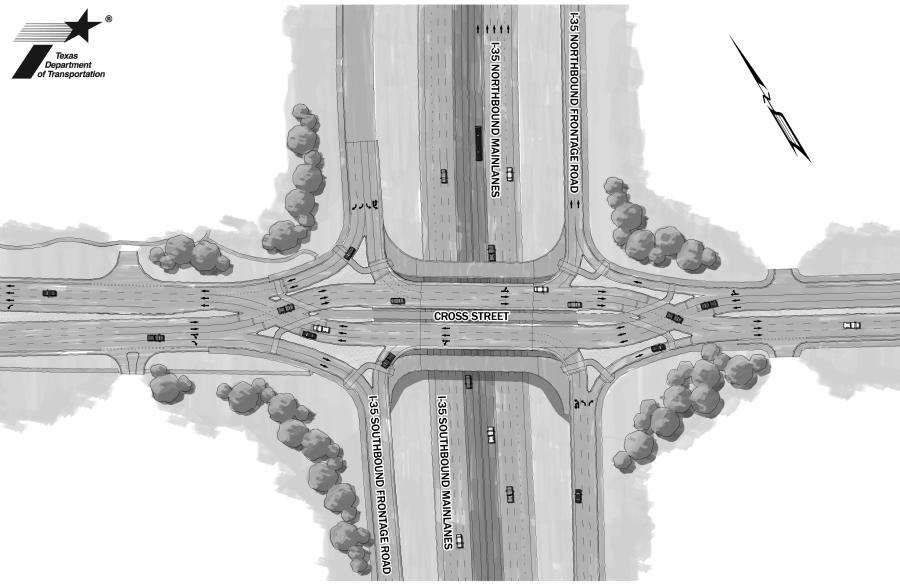 TxDOT has had the opportunity to run some metrics on how the area’s first diverging diamond intersection is performing, and the results are promising.

The Texas Department of Transportation, in cooperation with officials from the city of Round Rock and Williamson County, celebrated the full project completion of the I-35 and RM 1431/University Boulevard diverging diamond intersection project. More importantly, they celebrated the fact that the new innovative intersection is working extremely well.

Citizens have been driving in this new configuration since November 2015. Since then, TxDOT has had the opportunity to run some metrics on how the area's first diverging diamond intersection is performing, and the results are promising.

“While this innovative intersection design was initially confusing to some motorists, the improvement to traffic flow here has been straightforward: It works,” Mayor Alan McGraw said. “It's rare indeed when you can say that traffic volume has increased but travel times have actually decreased, and by a significant amount. But that's the case with the diverging diamond intersection, the latest successful partnership between the city and TxDOT.”

Despite a 45 percent increase in traffic volume at this intersection over the last four years, it is already yielding a 13 percent reduction in morning travel times and a 44-58 percent decrease in afternoon travel times.* This means that even though a lot more cars are traveling through this area, they are getting through one of Round Rock's most congested intersections much quicker than before.

This significant travel time decrease directly benefits motorists who live and travel in the area and use the I-35 corridor.

“People thought we were crazy when we first proposed this idea, but now that the project is complete, the proof is in the pudding,” said Terry McCoy, Austin District engineer. “The Austin District will continue to pull out all the stops to find cost effective and innovative ways to deal with the region's growing congestion. Recognizing that innovative intersections may require a period of adjustment for drivers, they are proving their worth.”

Work on the $6.6 million project included the construction of a diverging diamond intersection, as well as a number of other improvements, including an intersection bypass road, ramp improvements and additional sidewalks for pedestrians and cyclists.

The contractor for the project is Capital Excavation.