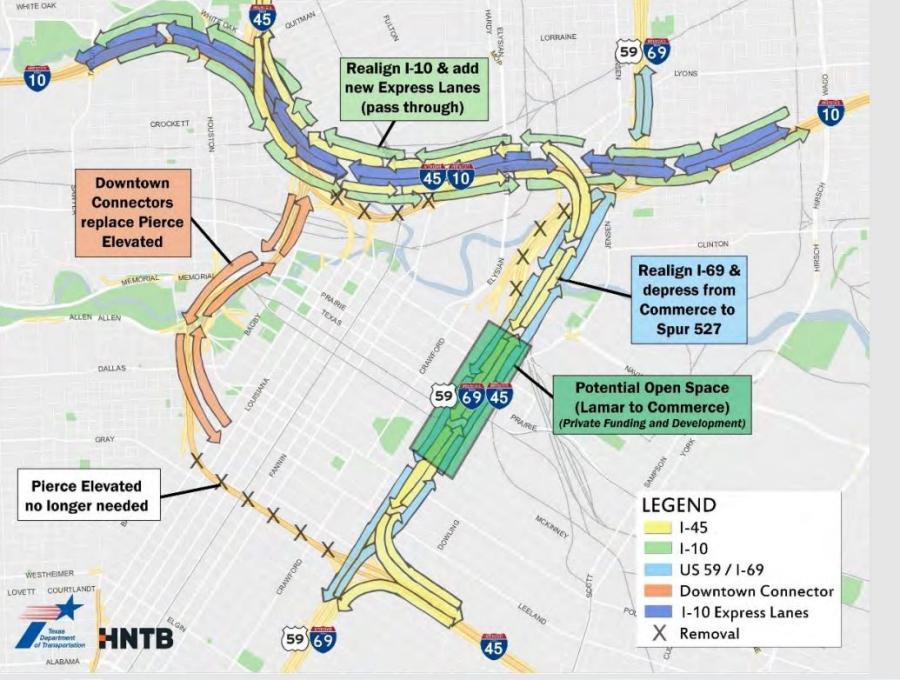 Officials of the Texas Department of Transportation recently announced the approval of a preferred alternative for a crucial project to improve safety and mobility along one of the state’s most congested roadways, as described in the Final Environmental Impact Statement (EIS) for the project.

The Texas Department of Transportation (TxDOT) recently announced the issuance of the Record of Decision (ROD) for the North Houston Highway Improvement Project (NHHIP), which signals the completion of the National Environmental Policy Act (NEPA) process for environmental clearance. Specifically, the ROD constitutes approval of the Preferred Alternative for this crucial project to improve safety and mobility along one of the state's most congested roadways, as described in the Final Environmental Impact Statement (EIS) for the project. 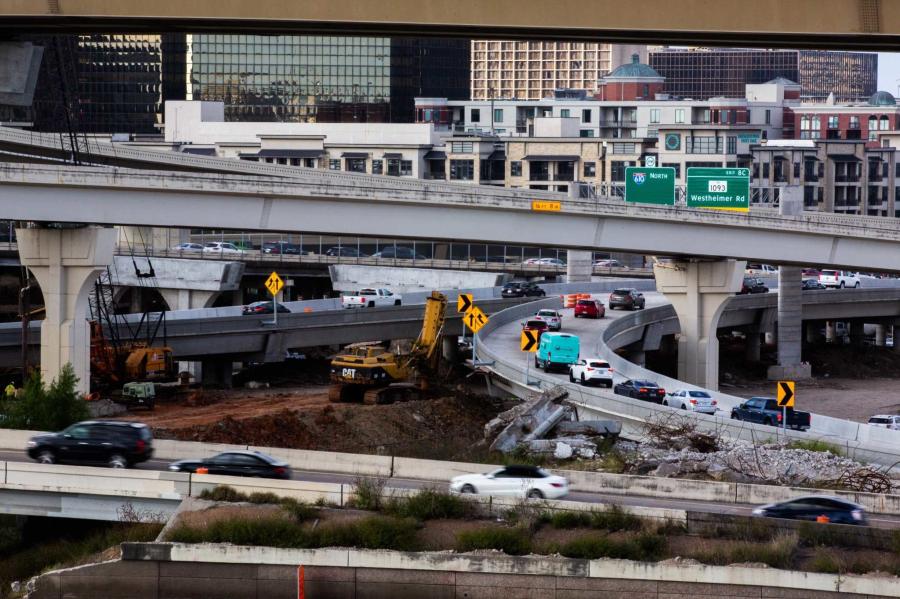 "The ROD is a necessary step in moving into the detailed design phases of project development, which is where we will have the opportunity to fully explore many of the project refinements requested since the release of the Draft EIS and subsequent public hearings," said Houston District Engineer Eliza Paul.

Importantly, this step allows work to continue on making the project a reality for the Houston area to replace aging infrastructure and improve hurricane evacuation routes, among other benefits. Although the ROD is the final step in completing the environmental clearance process and results in a Selected Alternative, future changes and refinements to the project can and will still occur.

The purpose of the NHHIP is to implement an integrated system of transportation improvements that would:

The future of transportation is changing and the infrastructure in the nation's fourth largest city needs to change with it. Parts of the I-45 North corridor have not been updated since being built over 50 years ago. The NHHIP not only brings these roadways up to current standards, it also prepares for the future by improving resiliency to weather events and providing safer, more efficient travel that could accommodate the transition to electric and self-driving vehicles. It also will increase the opportunity for transit and high-occupancy vehicles as transportation choices for those traveling the NHHIP highways.

"While the ROD marks the end of the NEPA process, TxDOT is committed to continuing to meet with stakeholders and accepting public input as it proceeds through future project development phases," said Paul. "TxDOT will continue to do all we can to help make the NHHIP a success as the project continues to be developed."

A digital version of the ROD may be downloaded from the project website. Additionally a summarizing white paper titled "TxDOT Announces Record of Decision" highlights the decisions, mitigations and responses to commonly submitted comments and is also posted on the website. Paper copies of the ROD can be made available by submitting a request in writing by mail to: TxDOT Houston District Office, Advanced Project Development Director, PO. Box 1386, Houston, TX 77251. Requests may also be submitted by email, or by phone by calling 713-802-5076.

The NHHIP will include roadway improvements to add four managed express (MaX) lanes on I‐45 from Downtown Houston to Beltway 8 North, reroute I‐45 to be parallel with I‐10 on the north side of Downtown Houston and parallel to US 59/I‐69 on the east side of Downtown Houston, realign sections of I‐10 and I‐69 in the Downtown area to eliminate the current roadway reverse curves that limit capacity, and depress I‐69 between I-10 and Spur 527 south of Downtown to improve safety by eliminating unsafe weaving.