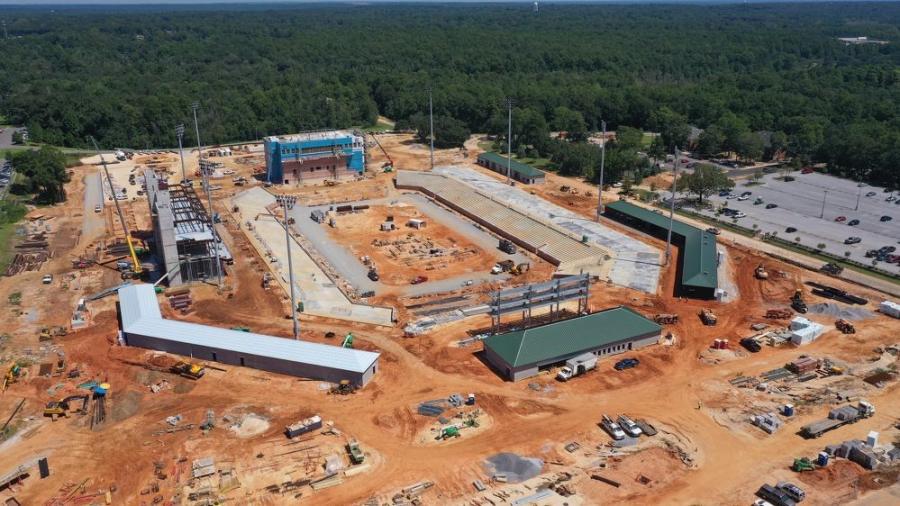 A new stadium is being built on the campus of the University of South Alabama in Mobile, with plans to open in 2020. Since the football program began at the university in 2009, the Jaguars have played home games at Ladd-Peebles Stadium, which is owned by the city and first opened its doors to the public in 1948.

The estimated full dollar amount for the new Hancock Whitney Stadium is $74 million. Construction began in 2018 and will be completed in time for South Alabama's Sept. 12, 2020 season-opening home football game. 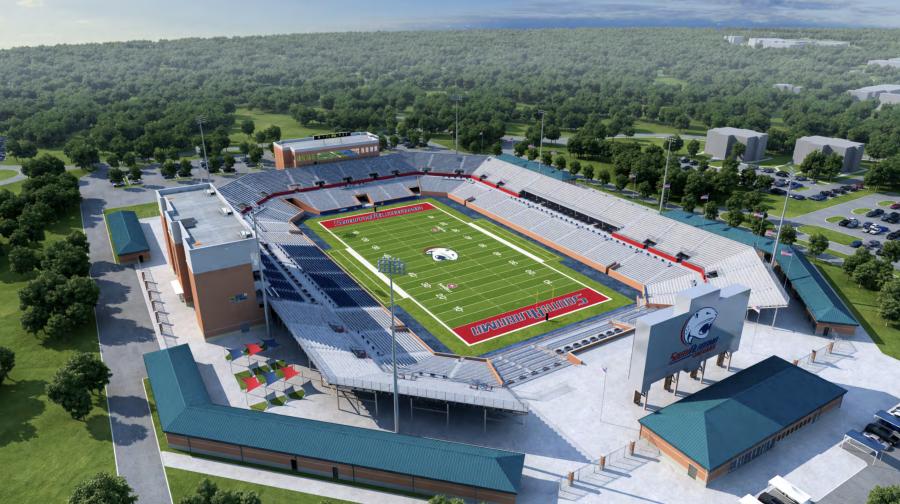 One unique aspect of the stadium project is that the university is handling the job itself as the construction manager, led by Randy Moon, associate vice president for Facilities Management.

"We are saving in the neighborhood of $15 million by managing this project ourselves," Moon told CEG. "A big reason for the savings is that we had good timing. We locked in favorable prices before the construction labor shortage hit and drove prices up."

In addition, the original design for the stadium came from university personnel.

"Much of the interior work, such as cabinetry, is coming from our staff," Moon said. "Even now, around 60 employees — around 20 percent of our facilities management staff — are working largely on the stadium project. We're also saving probably 15 to 20 percent in labor costs by continuing to use our own employees."

Moon reported that the major challenge with the project has been rain. "Mobile is consistently among the rainiest major U.S. cities, with more than 60 inches a year," he said.

Four large restroom buildings with First Aid and concessions will be found at the SE, NE, SW and NW points. 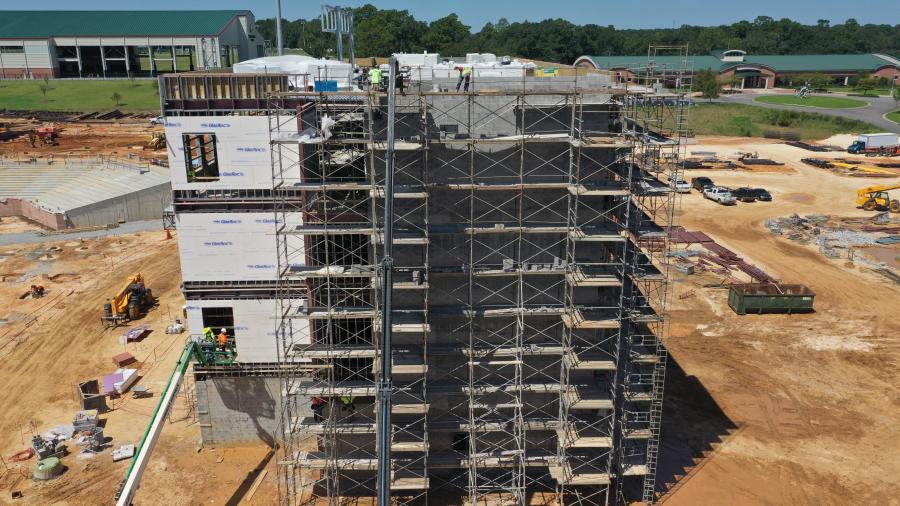 About University of South Alabama

The University of South Alabama is a comprehensive, global research and teaching university that provides students a quality education in business, the liberal arts, education, engineering, computing, the sciences and healthcare. USA's commitment to student success includes small class sizes and hands-on research opportunities in more than 100 undergraduate, master's and doctoral degree programs. Students enjoy an outstanding campus experience, with state-of-the-art facilities, a 116,000 sq. ft. recreation center and more than 200 student clubs and organizations. The USA Jaguars field 17 Division I athletic teams that compete in the Sun Belt Conference. CEG