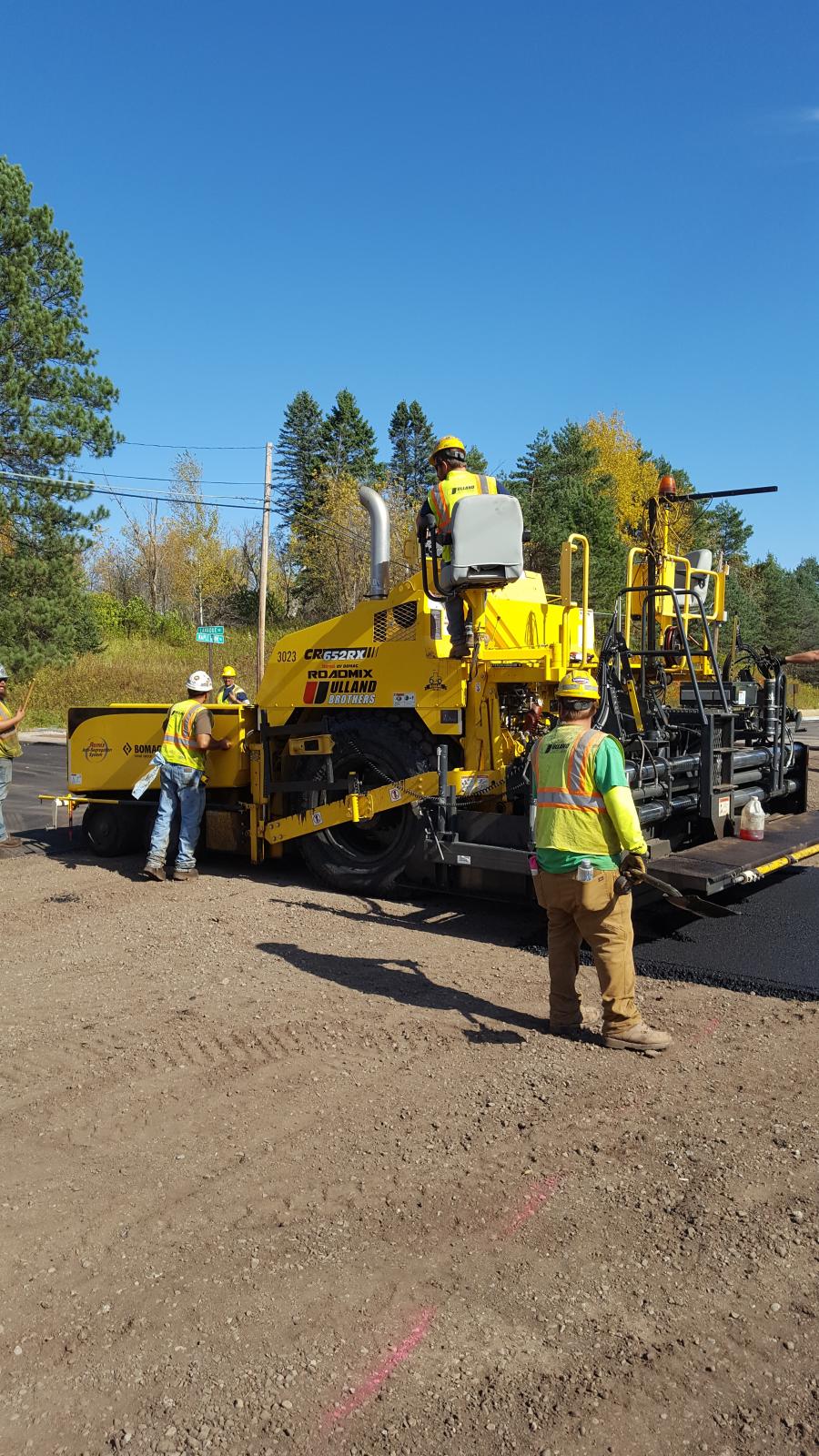 From the first day of using the Bomag CR652RX, the contractor saw a huge improvement in the thermal profile of the roads they were paving.

Over the past few construction seasons the Minnesota Department of Transportation (MNDOT) has been developing a thermal specification for many of its larger projects and has required contractors to eliminate thermal segregation as much as possible.

"MNDOT has been researching thermal segregation for more than 10 years now and they continue to implement new requirements and specifications that are meaningful and contribute to a higher quality asphalt road product," said Doug McDonald, of Ruffridge Johnson Equipment Co. "They are leading the country in thermal segregation and I suspect the rest of the U.S. will eventually adopt similar requirements."

Several Minnesota counties are incorporating thermal specifications into their job requirements as well.

"We expect MNDOT as well as many Minnesota counties to continue to improve and expand upon the current thermal segregation requirements, and that translates to better, longer lasting roads for everyone," said McDonald. 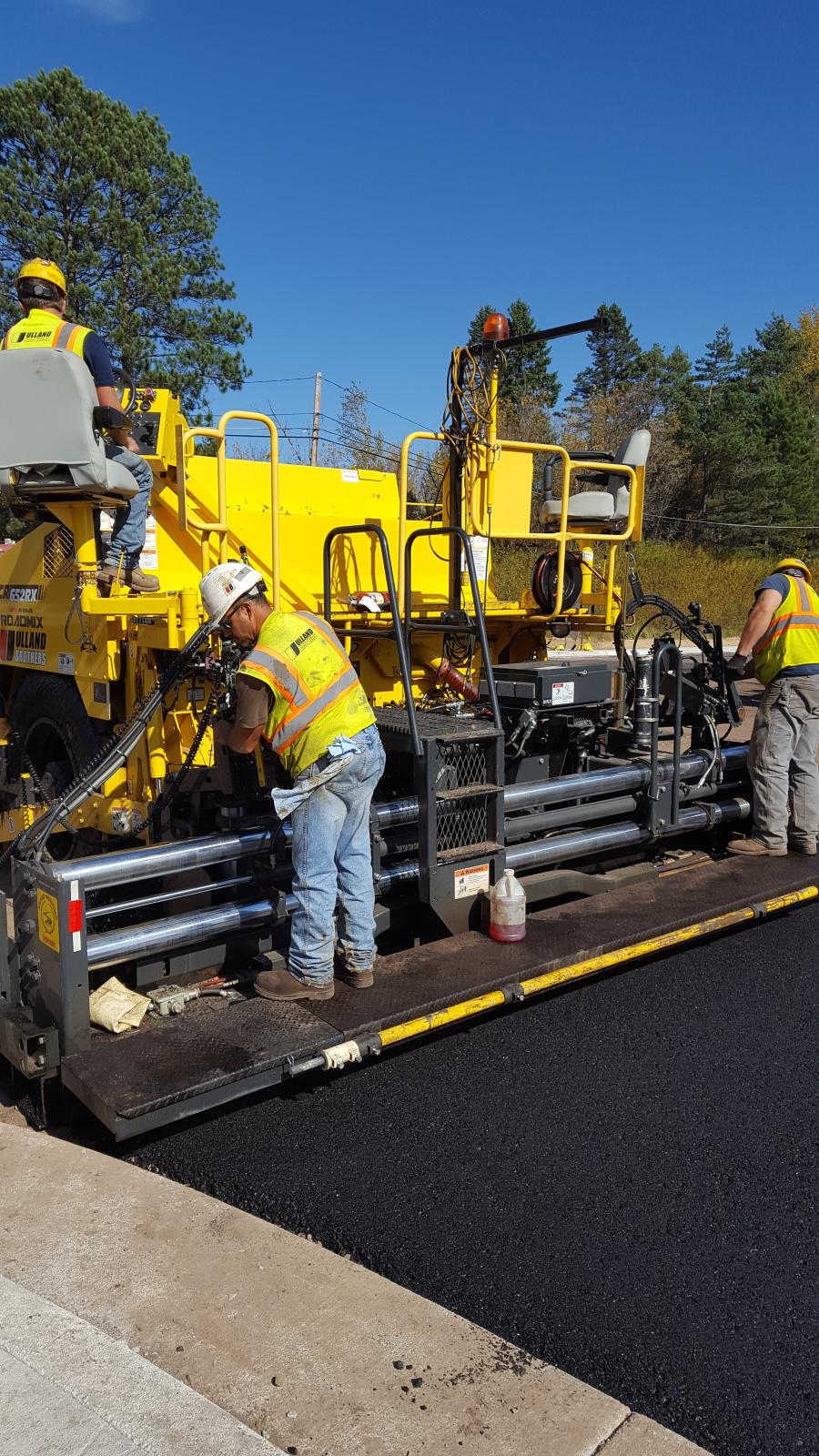 The northern division of Ulland Brothers, one of Minnesota's largest excavating and paving contractors, worked on a large highway project this past summer. The crew had a hard time meeting the MNDOT requirements to keep a uniform thermal profile.

"We were not meeting the Intelligent Compaction specification due to thermal and aggregate segregation and were incurring disincentive every day," said Jeff Carlson, president of Ulland Brothers Inc. "We implemented every Best Management Practice out there and the results were the same."

A few years earlier, the company's southern division had purchased the Bomag CR652RX asphalt paver and had great results.

Bomag, a manufacturer of road construction equipment, has developed its CR652RX mainline asphalt paver to "remix" the material before use. Instead of slats and chains in the front hopper, there are four augers that mix the asphalt and deliver it to the rear of the machine where it is spread and compacted by the screed. Bomag is currently the only company offering a remix paver.

Ulland Brothers contacted Ruffridge Johnson to see if another identical paver was available to purchase. Ulland knew the machine was equipped to handle a project with a thermal spec component.

"Working with a contractor like Ulland Brothers is great, they are a world class organization from top to bottom and they take great pride in delivering a premium product to their customers," said McDonald.

From the first day of using the Bomag CR652RX, the contractor saw a huge improvement in the thermal profile of the roads they were paving. The contractor uses a paver mounted thermal profile system that continually monitors the mat surface temperature behind the paver and sends the information to the cloud for further processing then on to MNDOT. The MNDOT inspectors were impressed by the uniform thermal profile the Bomag remix paver was laying down.

"We purchased the Bomag 652 Remix paver and the first day we exceeded the specification, made incentive and continue to make incentive," said Carlson.

MNDOT offers an incentive/disincentive program built into its jobs that have a thermal spec. It is highly likely that the Bomag CR652RX remix paver earned this incentive for Ulland Brothers.

Cost: the Bomag CR652RX paver typically costs more, but contractors can make the difference in one season if thermal and ride bonuses are available, according to the company.

Maintenance: Bomag claims the remix paver is cheaper to maintain in the long run than a traditional paver.

Technology: Bomag remix pavers use "old school" technology, incorporating toggle switches and relays in favor of state-of-the-art computer systems. According to the company, this allows a field mechanic to easily have the paver back up and running quickly, whereas if a computer goes down, the whole machine may have to be pulled out of service. CEG