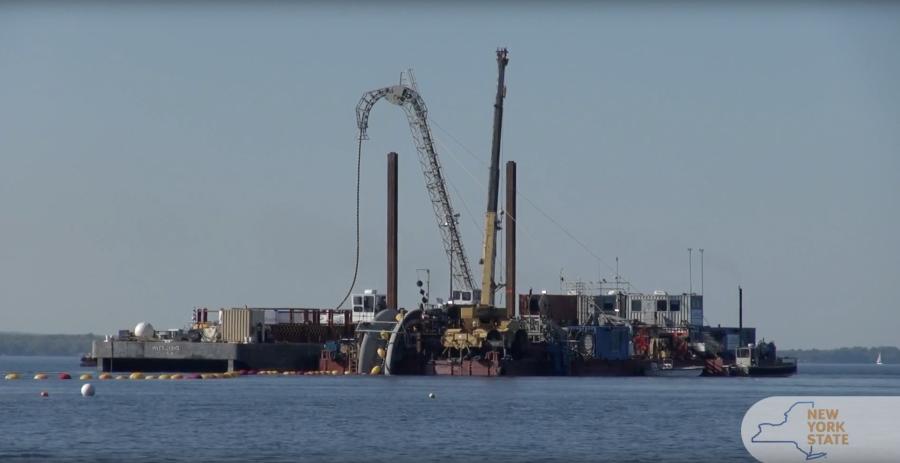 The project is part of the Power Authority’s $726 million Transmission Life Extension and Modernization program in northern, central and western New York.

Gov. Andrew M. Cuomo announced the completion and energization of a $68.7 million major power system infrastructure project involving the placement of new underwater transmission cables, spanning 1.7 mi. across Lake Champlain. The new power cables, laid as much as 195 ft. below the lake's surface, allow power flow to and from Vermont and improved power communications systems.

The project supports Cuomo's energy policy to modernize the power grid while building infrastructure that supports the addition of more clean and renewable energy to the state energy mix. The project is yet another milestone in the Energy Highway map for reliable, resilient power transmission, and helps to realize the Governor's Clean Energy Standard goal for 50 percent of the state's electricity to come from renewable energy sources by 2030.

“This ambitious transmission project will provide a vital upgrade and strengthen our clean energy economy,” Cuomo said. “New York will continue to make proactive investments to our power system infrastructure, creating a power grid that can continue to supply affordable, reliable energy.” 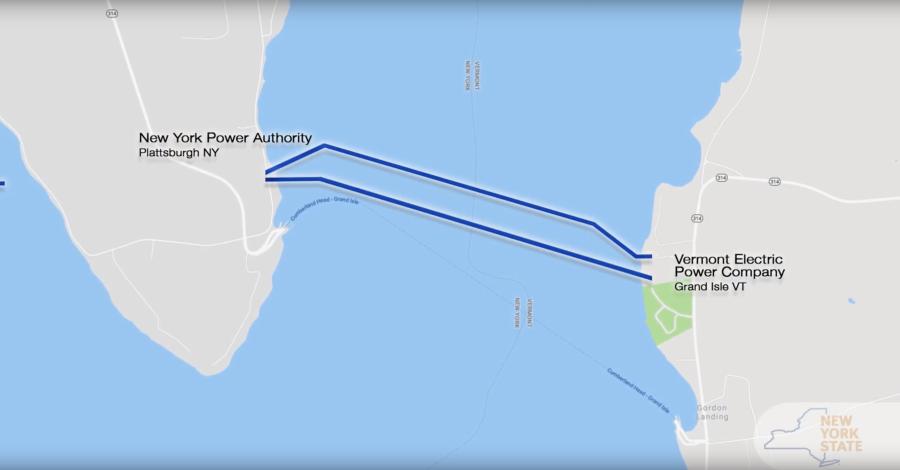 The new 1.7-mi. section of submarine cable is part of the 8-mi. long Plattsburgh to Vermont 20, PV-20, transmission line that is jointly owned by the New York Power Authority and Vermont Electric Power Company. The new section uses several of the latest technological advances, including fiber-optic cables for detecting adverse conditions of the line, supporting greater situational awareness, and data sharing between NYPA and the Vermont Electric Power Company. These advances will help to meet the Governor's directive for NYPA to become a fully digital utility that can help meet the needs of a 21st century sustainable, energy-driven economy.

The interstate power line provides a critical safety and resiliency feature for both New York and Vermont, preventing the spread of blackouts in both states and permitting greater access to renewable energy and expanded energy markets. It carries hydropower from NYPA's St. Lawrence-FDR Power Project, part of which flows to neighboring states under federal law.

The project, which kicked off formally in 2013, involved the replacement of seven existing cables with four new cables. Several of these cables date back to 1958 and had reached the end of their useful lives. The utilities shared the cost of the complex effort which NYPA managed. The project involved drilling holes through bedrock up to 24 hours per day to avoid disturbance to the shoreline habitat, remotely operating underwater vehicles, cable laying vessels and divers, and was supported by several firms, including L.S. Cable America, Caldwell Marine International, ECI Drilling, Northline Utilities, Mott MacDonald and CHA Consulting.

The new cables will operate at the same 115-kV voltage as the old lines, but have the ability to operate at 230-kV voltage if a higher voltage is needed in the future due to increased demand. The project also involved the construction of new power transition stations on either side of the lake to accommodate the high voltage cables and connect to the land-based portions of the PV-20 lines which run from Beekmantown, N.Y., to Milton, Vt.

The submarine route connects NYPA's Cumberland Head Transition Station on the New York side of Lake Champlain and the Vermont Electric Power Company's Grand Isle/Gordon's Landing Transition Station in Grand Isle, Vt. The line of ownership remains at the New York-Vermont border, in the deepest point of Lake Champlain at the point where the lines cross. NYPA is responsible for maintenance of the new cable system.

The project is part of the Power Authority's $726 million Transmission Life Extension and Modernization program in northern, central and western New York.

Removal of the old cables from the lake bottom and the dismantling of the former transition stations is scheduled to begin this spring.